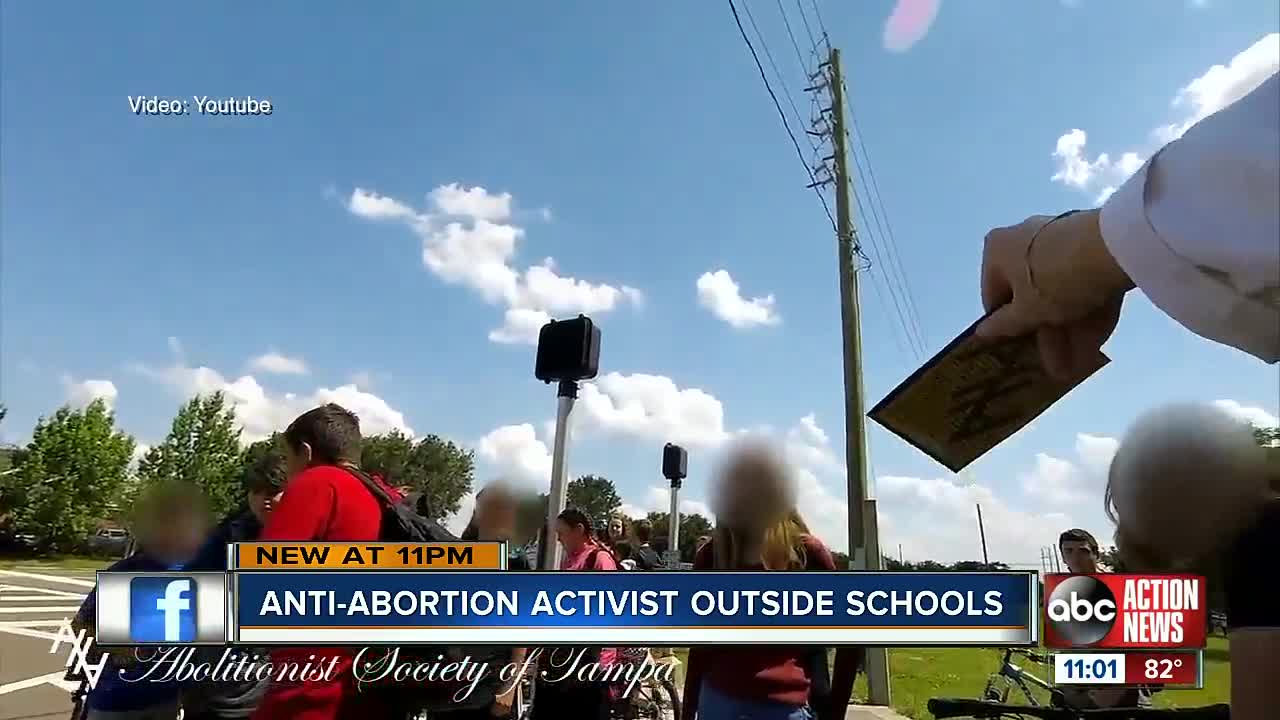 Some parents are fuming after an anti-abortion activist took her message to a Hillsborough County middle school. 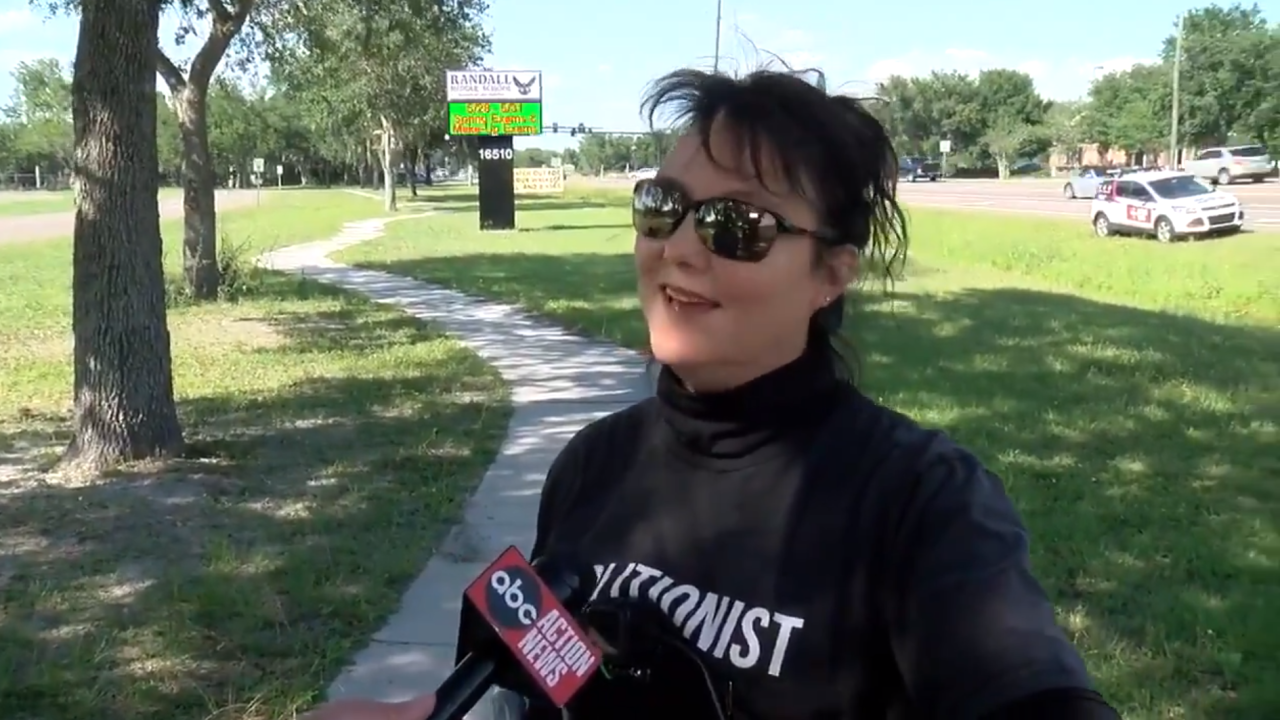 LITHIA, Fla. -- Some parents are fuming after an anti-abortion activist took her message to a Hillsborough County middle school.

The video, which features her exchanges with several students, was posted on YouTube.

Kline uses a mega-phone, carries a large sign that is too graphic for us to show on-air and quizzes children about their views on the sensitive subject.

Parents say their kids should not be confronted by Kline walking out of school.

“I don’t think that she’s got any business talking to middle school-aged children about something that their parents should be talking to them at home about," one frustrated parent told ABC Action News Wednesday.

Kline is not breaking any laws because she protests on public property.

Kristi Caterson says she's pro-life but does not agree with Kline's in-your-face tactics around minors.

“It’s shocking," Caterson said. "I don’t think it’s appropriate for elementary school kids, middle school and high school, I think they’re more aware of what’s going on but I don’t agree with her interviewing or trying to ask them questions.”

ABC Action News reporter Ryan Smith asked Kline if she understands why many parents believe her actions outside of a school are inappropriate.

“Well, actually, I think this is the most appropriate place because particularly middle school is when children are starting to learn about sex education," Kline said. "This is, again, all part of teaching our children how to properly conduct themselves out in public. I just randomly had conversations, opened up dialogue with the students.”

District officials say Kline is not welcome on school property. Randall's principal sent an alert out to parents and guardians Tuesday about Kline's presence at the Lithia school.

Yesterday at dismissal, an anti-abortion protester was on the corner between our school and Newsome High School. She was holding large posters with graphic images. She, or a similar protester, has been known to protest outside other schools in our county.

Our School Resource Deputy was made aware and stood near her location. We do not condone protests near our schools; however, the protester was on public property and the Deputy could not cite her with trespassing or remove her from the area. I have contacted our District and Area officials.

Our Resource Deputy will continue to monitor today to see if she returns and to ensure she remains on public property.

We will encourage our students not to talk to her if they are walkers or bike riders.