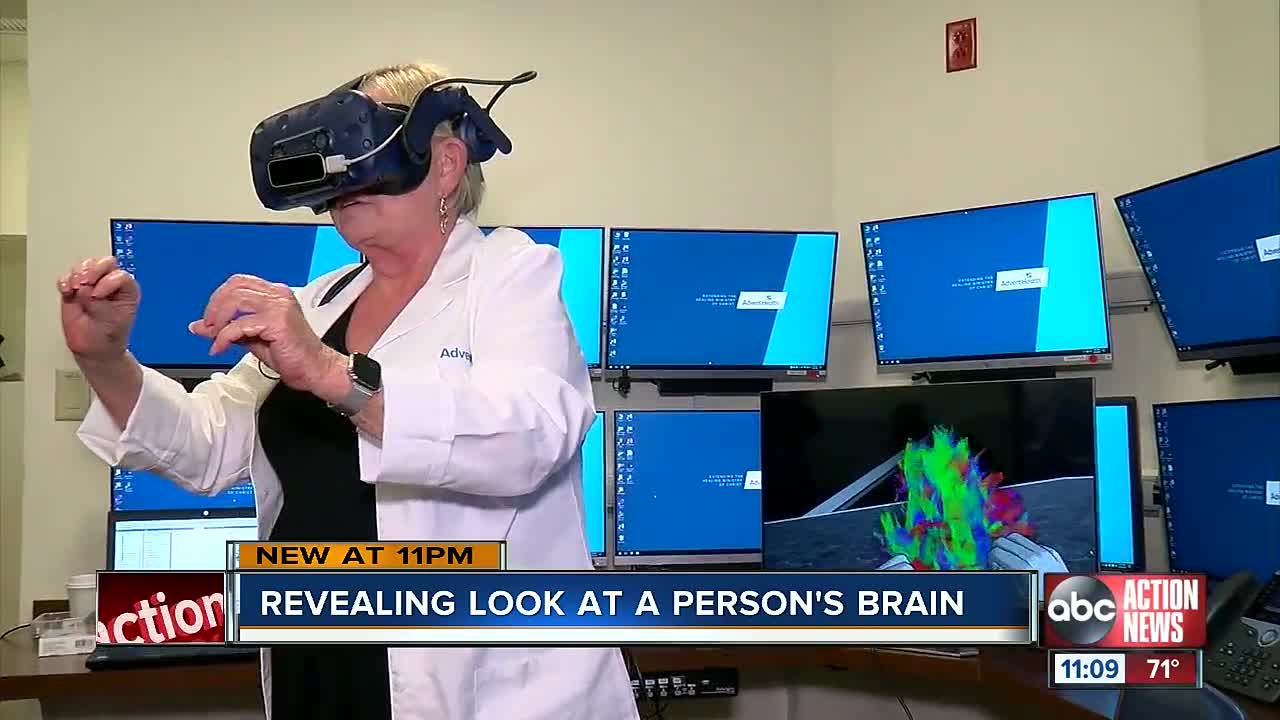 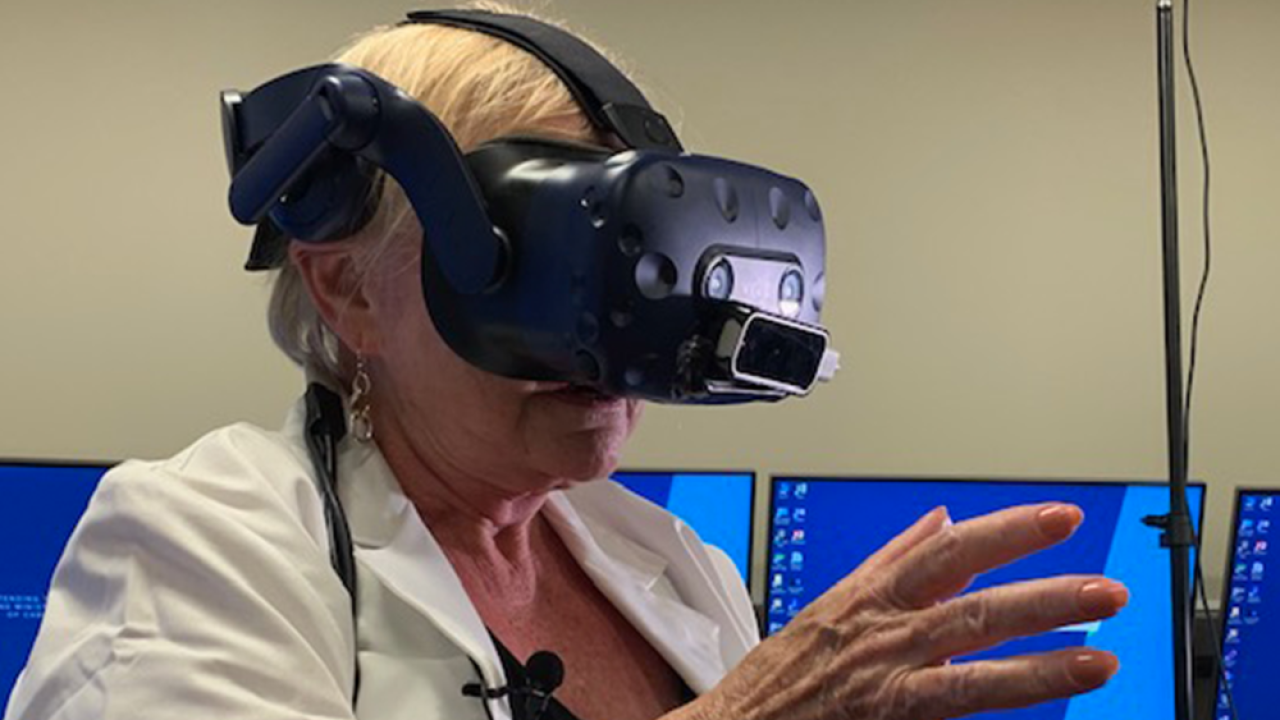 Dr. Nancy Rodgers-Neame looked like she was playing a video game, but the goggles she wore showed her a virtual world where she learned more about a patient's brain.

Dr. Nancy Rodgers-Neame said she sees about 600 new patients a year and most of them will be diagnosed with epilepsy.

The hospital is the first to try a prototype and within a year, it could be used to better treat patients with epilepsy.

"If it's a surgical case, we need to know exactly where it's coming from in the brain where the epilepsy originates from in the brain. In order to do that, we need very good high-quality information," said Curtis Ponton, Chief Science Officer and Vice President of Compumedics Neuroscan.

"It's one thing to produce technology like this but we have to make sure it has some use and value. That's why we're including Dr. Rogers as a critical part in this loop," he added.

An EEG shows electrical activity in a person's brain and doctors use a 3D model of the brain to simplify the data to make it easier for patients and other doctors to understand where seizures are starting. The virtual reality goggles allows doctors to see a 3D image of a patient's brain.

They are able to "touch" and "move" the image around in a virtual world. By figuring out where seizures start, doctors can better determine where to operate.

"These are brains based on each individual patient's MRI. This is not a standard brain model," Ponton said.

"It makes it so much more visually pleasing and it makes it so that I can make it understandable to other people without going into excruciating detail," said Dr. Rodgers-Neame.

Epilepsy is a disorder of the brain that causes seizures, according to the CDC.

Around 87 people are diagnosed with epilepsy every day, according to the Epilepsy Society.