78-year-old man arrested after grabbing, trying to kiss 15-year-old on her way home from school

HILLSBOROUGH COUNTY, Fla. — Authorities with the Hillsborough County Sheriff’s Office are investigating after a teenager was allegedly grabbed by a stranger while on her way home from school.

The 15-year-old got off a school bus from Leto High School Monday afternoon near Humphrey and Dale Mabry when a 78-year-old man allegedly grabbed her and tried to kiss her.

The sheriff’s office arrested Adoor Venugopal shortly after the incident — near where the attack happened.

The teenager’s older sister, Krissy Rosario, tells ABC Action News her younger sister, who we aren’t identifying, was walking along Dale Mabry when Venugopal allegedly stopped her to ask her for money. When she said no, he reportedly started to utter sexual phrases to her.

"It was like everyone's worst nightmare coming true," she said.

That’s when Venugopal allegedly grabbed the student and pulled her closer as he tried to kiss her.

The teen was able to push him off, and run home where she called 911.

A spokesperson for the Hillsborough County School District tells ABC Action News they were not notified of the instance, but after our request, the district was able to confirm the allegations and they are sending home a notice to parents at Leto High School.

Rosario said the man lives in the area as they see him walking frequently.

Venugopal was arrested for battery and was released on bond by 4:00 a.m. 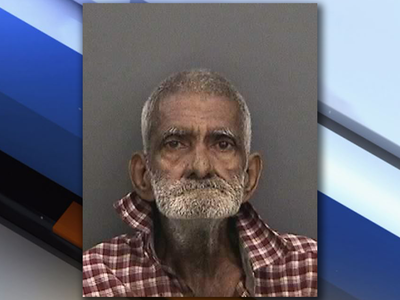 Rosario tells us she is furious that he wasn’t even in jail 24 hours as he made bond.

We looked into Venugopal’s past and found that he has been arrested for battery a number times that date back to at least 2002.

The Hillsborough County Sheriff’s Office tells us that the suspect bonded out a jail, and he’s now in the hands of the judicial system.

Daniel Alvarez with the sheriff's office said within an hour of the phone call to their department, deputies had Venugopal arrested.

Alvarez said Venugopal has a history in the past of grabbing women, but they didn’t have him on their radar because it’s been over five years since the last instance.

ABC Action News reached out to Venugopal at his home, but a woman who answered the door said he wasn't there.