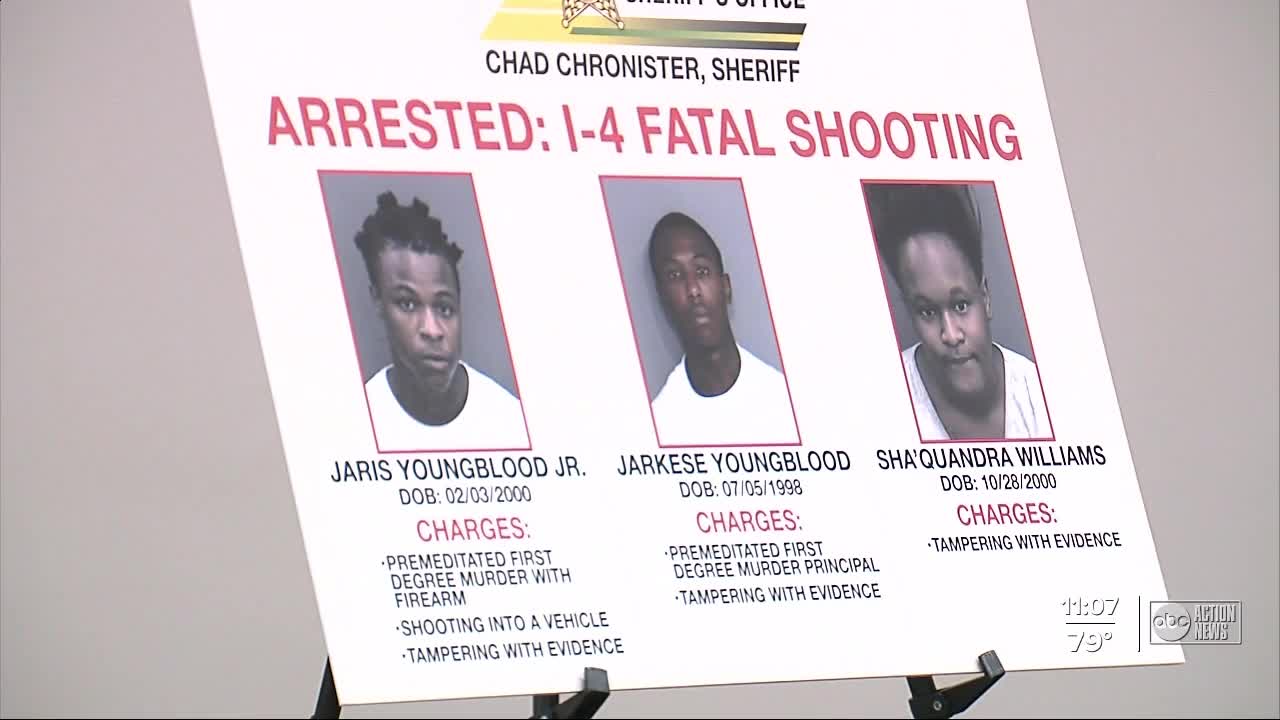 According to HCSO, a 17-year-old male was killed in the August shooting. 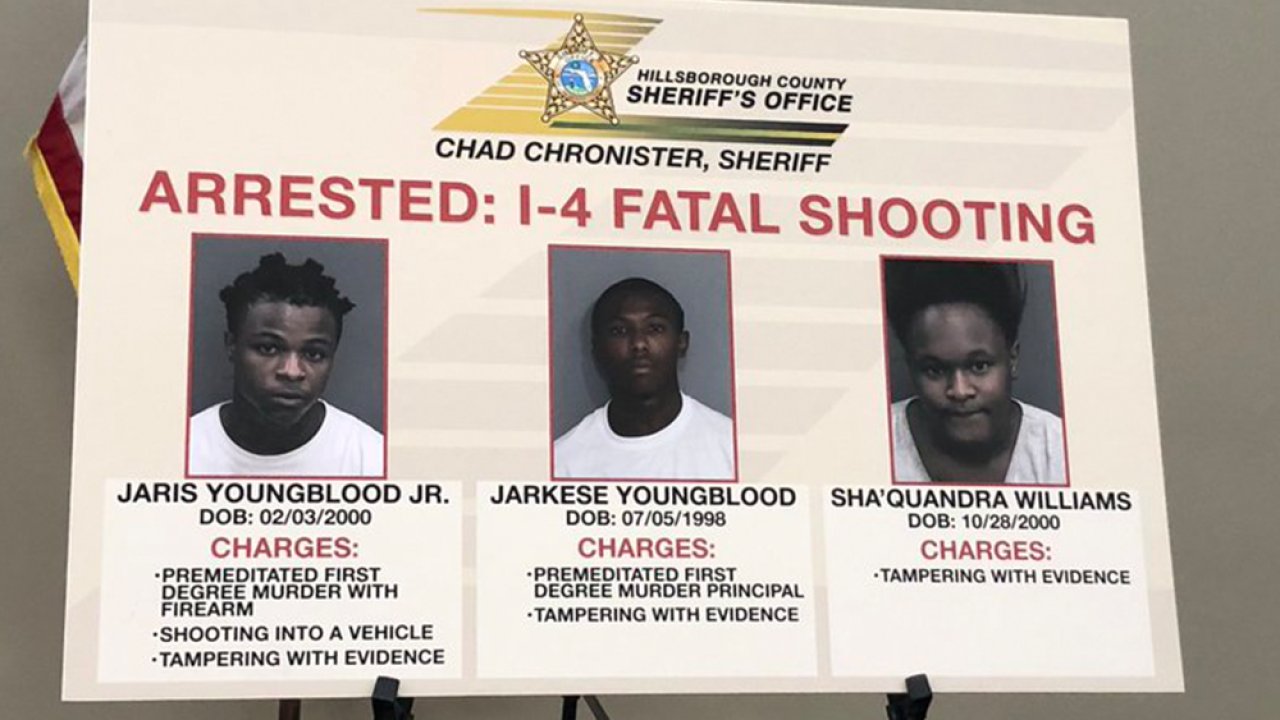 TAMPA, Fla. — Three people have been arrested in connection with the deadly shooting on I-4 in Hillsborough County.

On August 24, the Hillsborough County Sheriff's Office responded to a call of a deadly shooting in the eastbound lanes of I-4 near McIntosh Road.

The shooting killed a 17-year-old boy and on Monday, Sheriff Chad Chronister announced that two brothers and a third suspect were arrested.

The suspected shooter, 20-year-old Jaris Youngblood Jr., is charged with premeditated first-degree murder with firearm, shooting into a vehicle and tampering with evidence.

While investigators are not releasing what exactly led up to the chaotic and deadly confrontation, Sheriff Chronister said the crime put dozens of innocent lives at risk.

“There's no doubt because of the speed, the number of cars on Interstate 4, the victim would have lost control of that car and struck other cars and started a chain reaction, this tragic day could have turned into a catastrophic day," said Sheriff Chronister.

According to investigators, Williams, who is Jarkese's girlfriend, had the couple's one-year-old baby in her lap during the deadly drive-by shooting.

Detectives say the trio bleached the car and sold it to a junkyard in Osceola County in an effort to cover up the crime.

Chronister announced Monday that Jarkese Youngblood had already been arrested on an unrelated homicide charge.

The Sheriff's Office said the suspects and the shooting victim knew each other. Chronister added that this deadly shooting is not connected to three other recent interstate shootings now under investigation by the Florida Highway Patrol.

Anyone with information about what happened is asked to call the Sheriff's Office at (813) 247-8200.