Tampa dads create device that could save lives 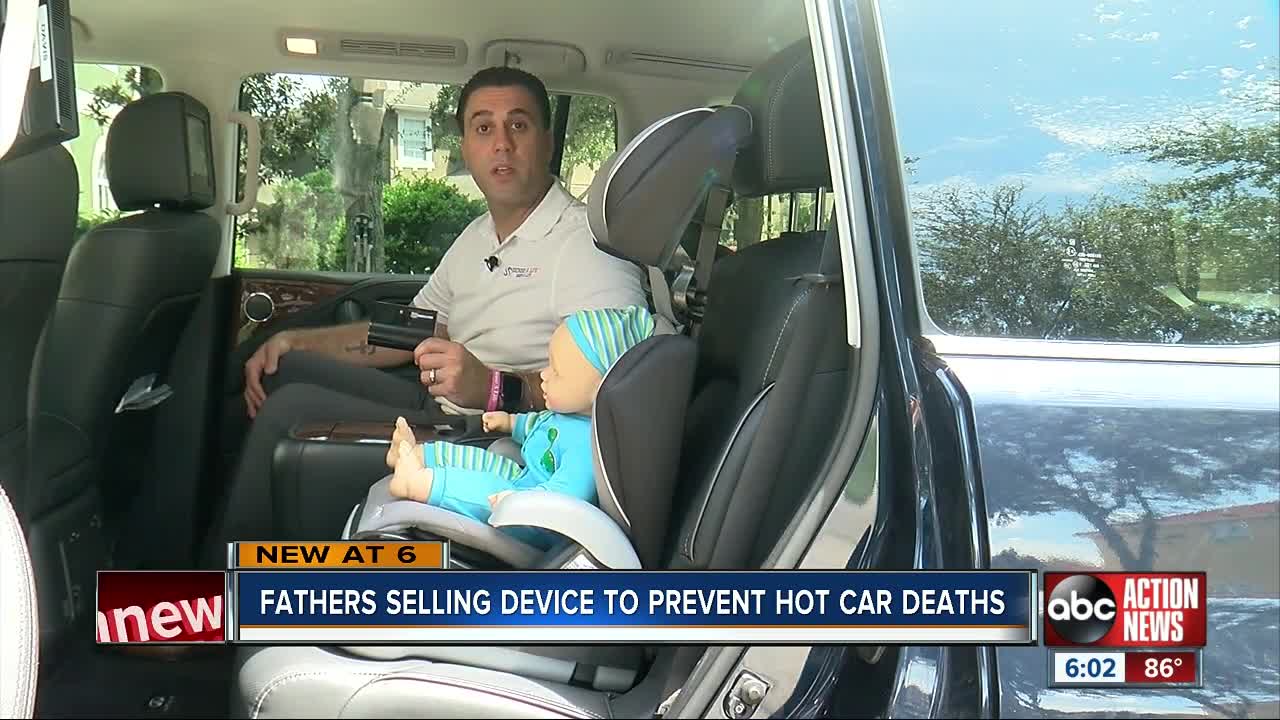 It's a tragic trend that’s killed 3 kids since Friday. Now, safety leaders are pushing for a new federal law that could save hundreds of kids from dying in hot cars. It's called the Hot Car Act and would mandate every new car comes with a device to detect kids in the back seat. Story: http://bit.ly/2Mw5bYf 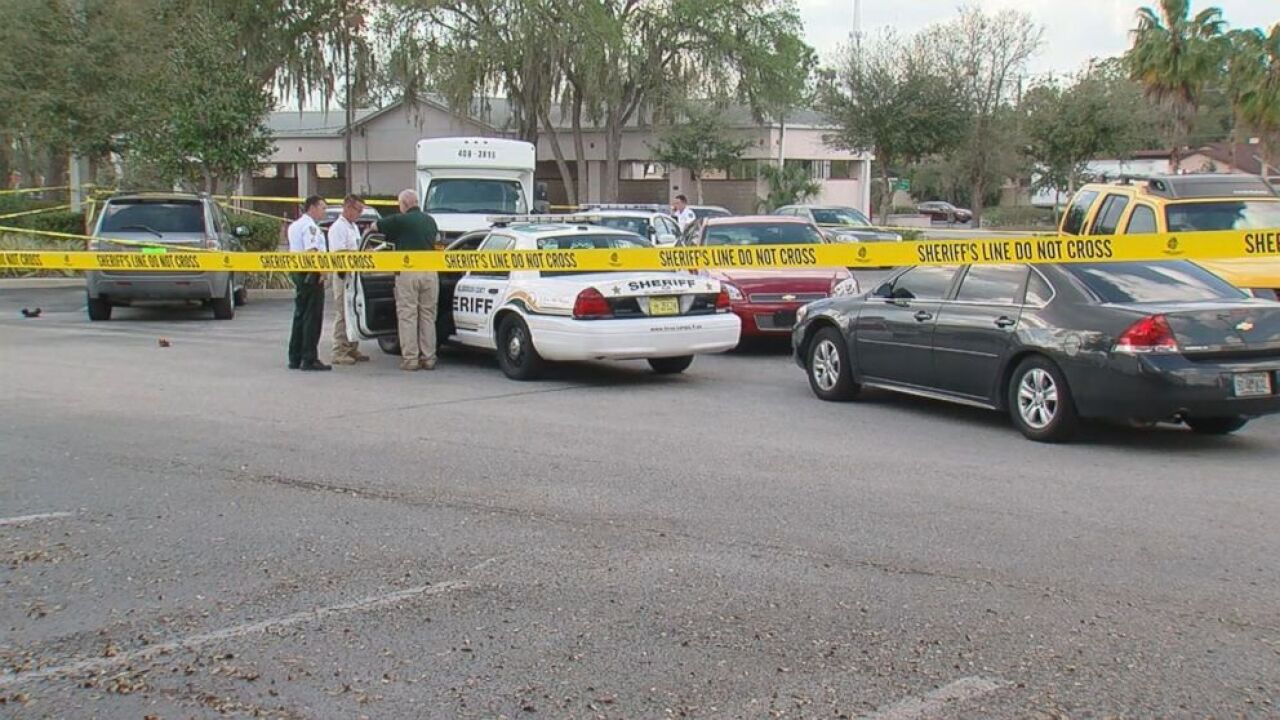 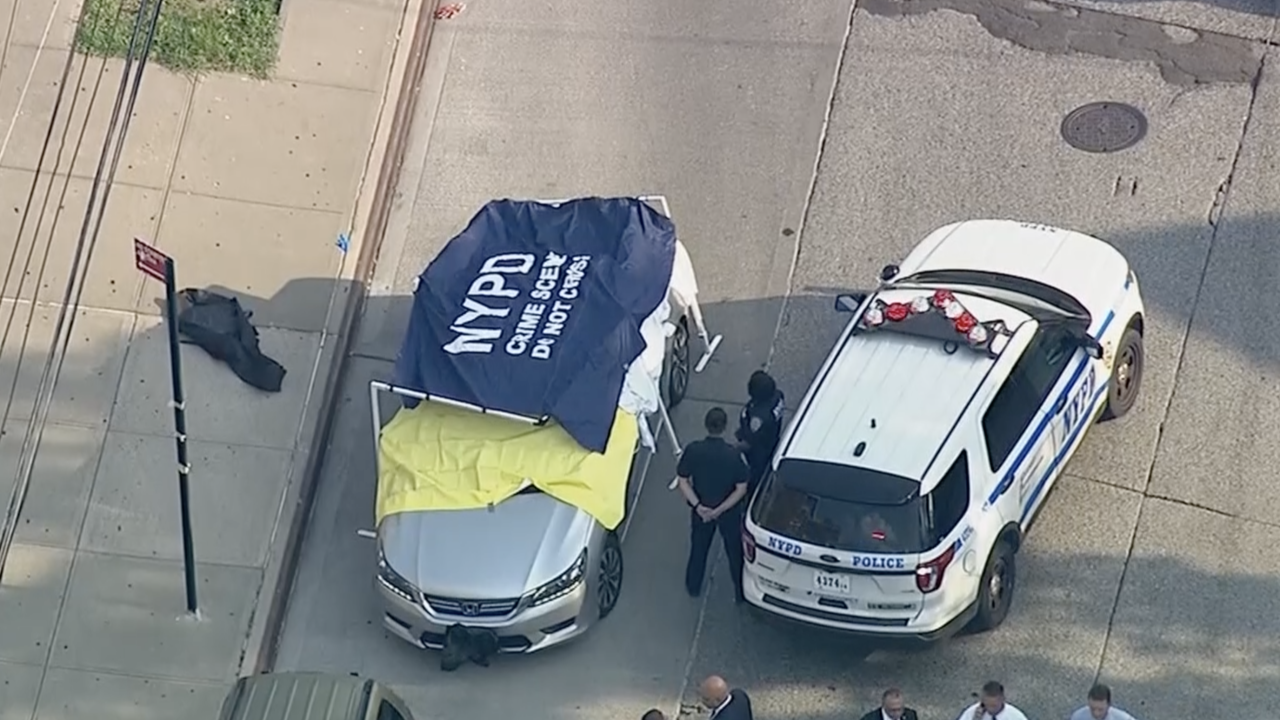 Now, safety leaders are pushing for a new federal law that could save hundreds of kids from dying in hot cars. It's called the Hot Car Act and would mandate every new car comes with a device to detect kids in the back seat.

Over the past two years, 76 children have died in hot cars. On Friday, a set of 1-year-olds died after being left in a hot car for 8 hours. The father of the twins thought he dropped the kids off at daycare, but accidentally left them in the car while he went to work. On Monday, a child was left in a daycare van in South Florida. Monday, a Bradenton mom was arrested for leaving her 7-week old and 2-year old kids in a hot car. Luckily they survived.

The stories are heartbreaking for Tampa dads Fadi Shamma and Jim Friedman.

“We just want to save lives at the end of the day as parents,” Shamma said with a sigh.

The two men, neighbors, teamed up to create a device intended to save children from heatstroke deaths called Sense A Life.

“The pad goes under any type of child seat. All it requires is a pound and a half of pressure to activate. Then you velcro this sensor next to the driver's seat. When you open the car door, it will sound a vocal alert," Shamma explained.

The device uses Bluetooth and there's no need to plug it in. If you miss the first alert, a second is sent to your cell phone.

Jim Friedman was the engineer behind the device. “We think it will make a difference,” he said.

The cost? $149 on www.sensealife.com. Yet, a federal organization is now leading the push for devices like it to be mandated in every new car.

“There’s just no excuse that children are continuing to die in hot cars when we have something that can prevent it,” Amber Rollins with the group Kids and Cars.org explained. They are pushing members of Congress to pass the Hot Cars Act and for daycares to set up systems where parents are alerted when a child is not dropped off as planned.

“The worst part for me is knowing there are families out there right now with beautiful, healthy happy children that will not have them by the end of the summer because they will die in a hot car,” Rollins said with emotion.

Shamma and Friedman are also working to partner with car seat manufacturers to get their product, which is made in Sarasota, standard in all car seats.

“We believe this technology should come in every child seat or vehicle because every child deserves to be protected,” Shamma elaborated.

"The faster we can make that happen, the more lives we can save," Friedman added.

A car can heat up 19 degrees in 10 minutes and 43 degrees in an hour, according to heatstroke experts. Childrens' bodies can also heat up as much as five times faster than adults.

July 31, 2019 is National Heatstroke Prevention Day, a day focused on education and awareness regarding the dangers of hot cars. Yet, after 20 years of public education, the number of children dying in hot cars has gotten worse, not better. Last year was the worst year in history with a total of 52 children and 62 pets that died in hot cars nationwide.

Hyundai says the company will do its part by voluntarily making its Rear Occupant Alert (ROA) door-logic system standard on most of its new vehicles by 2022.