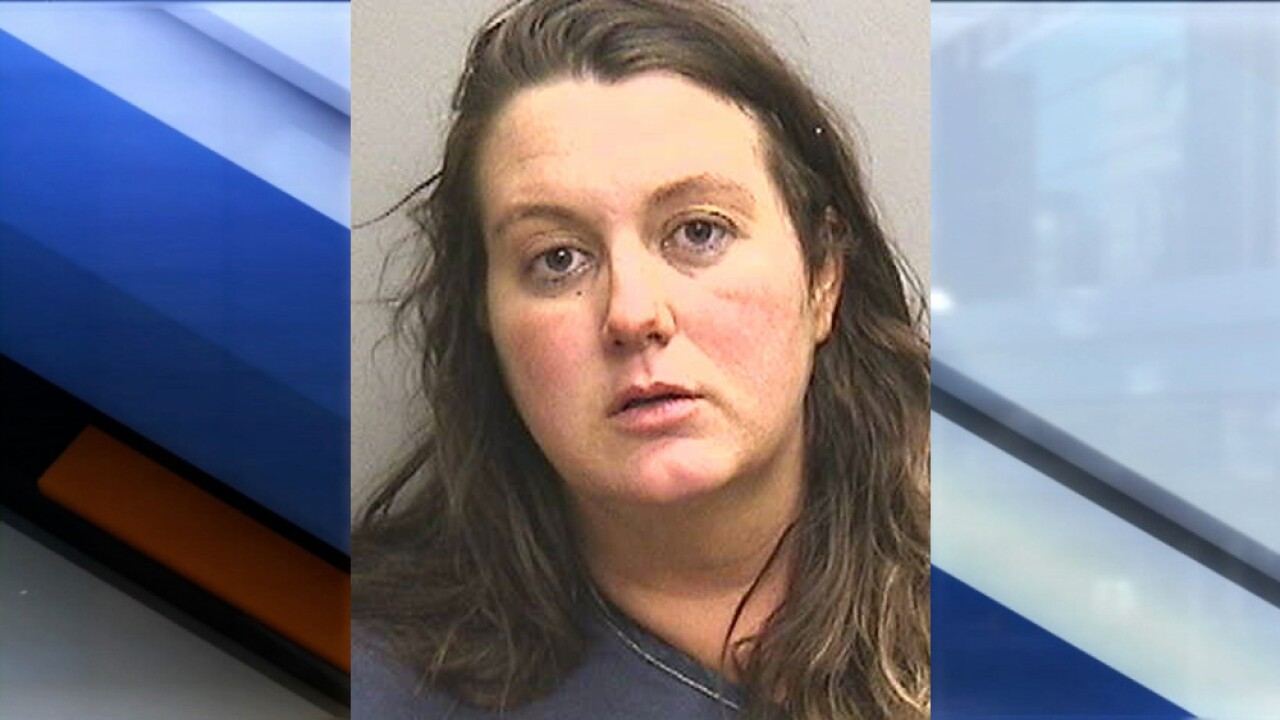 On Tuesday, deputies arrived at 31st St. W in response to a possible domestic disturbance.

They tried to make contact with Andrea Cole, 35, who had locked herself in the home. The deputy on scene saw her two children in the car parked in the driveway.

The vehicle was not running, and was parked in direct sunlight with all but one window rolled up.

The vehicle was parked in the front yard for what deputies estimate to be 15-20 minutes. They say the approximate temperature outside was 93 degrees with a heat index of 102 degrees.

One of the children was just 7 weeks old and was found unresponsive in the car. She later became responsive after aid was administered. The other was a 2-year-old, who was crying and showed signs of heat exhaustion.

Loose medication, open bottles of liquor and used diapers were all in the car.

Deputies say Cole was heavily intoxicated and had no idea she left her children in the car.

She then reportedly squared off her body to deputies in an aggressive manner with closed fists and said she was going to fight them. Handcuffs were applied and she continued to be verbally aggressive.

The children were taken to Manatee Memorial Hospital, and deputies went into the home to get diapers and baby formula. The home was observed to be filthy with trash on the floor and within reach of the two-year-old. Trash and soiled diapers were on the couch and every available table top. Empty liquor bottles and soda cans were strewn about the home and floor, but no edible food was found for the infant or two-year-old.

Numerous bites or sores were observed on both children and a large mark was on the infant's neck that appeared to be from the car seat strap.

Child Protective Services was advised and responded to the hospital.

Deputies say both children were being medically evaluated and appeared to be stable.

Cole was charged with neglect of a child without great bodily harm.