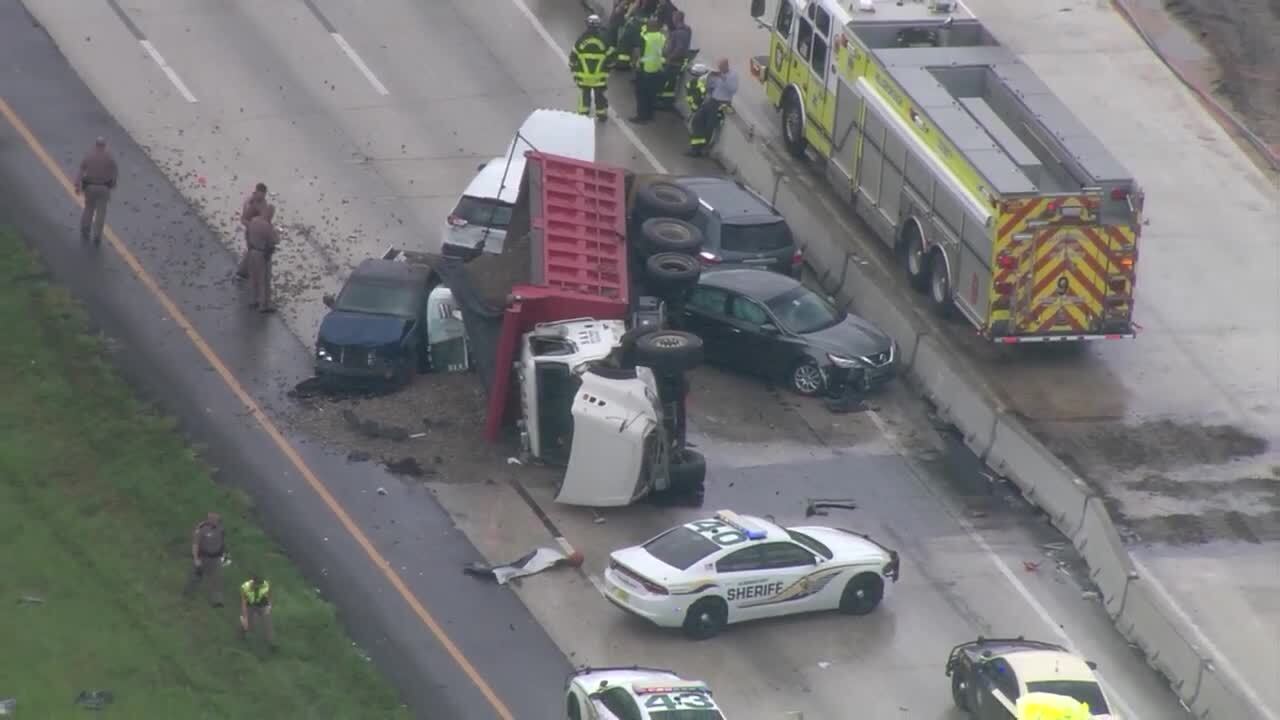 State troopers responded to the multiple-vehicle crash on I-75 South near East Fowler Avenue a little after 2:30 p.m. on Monday.

According to the Florida Highway Patrol, a dump truck driven by 74-year-old Daniel Ragan of Spring Hill, collided with two other cars then overturned onto a van driven by 46-year-old David Garcia, of Inverness.

Garcia died at the scene.

The overturned dump truck continued to skid and collided with five other cars.

Two-month-old Asher Gaspard was a passenger in one of the first cars the dump truck hit.

Gaspard was rushed to Tampa General Hospital and ultimately succumbed to injuries sustained in the crash.

I-75 south was closed until 8:30 p.m. Troopers say alcohol was not a factor in the crash. The crash remains under investigation.