I-75 remains closed as investigation continues 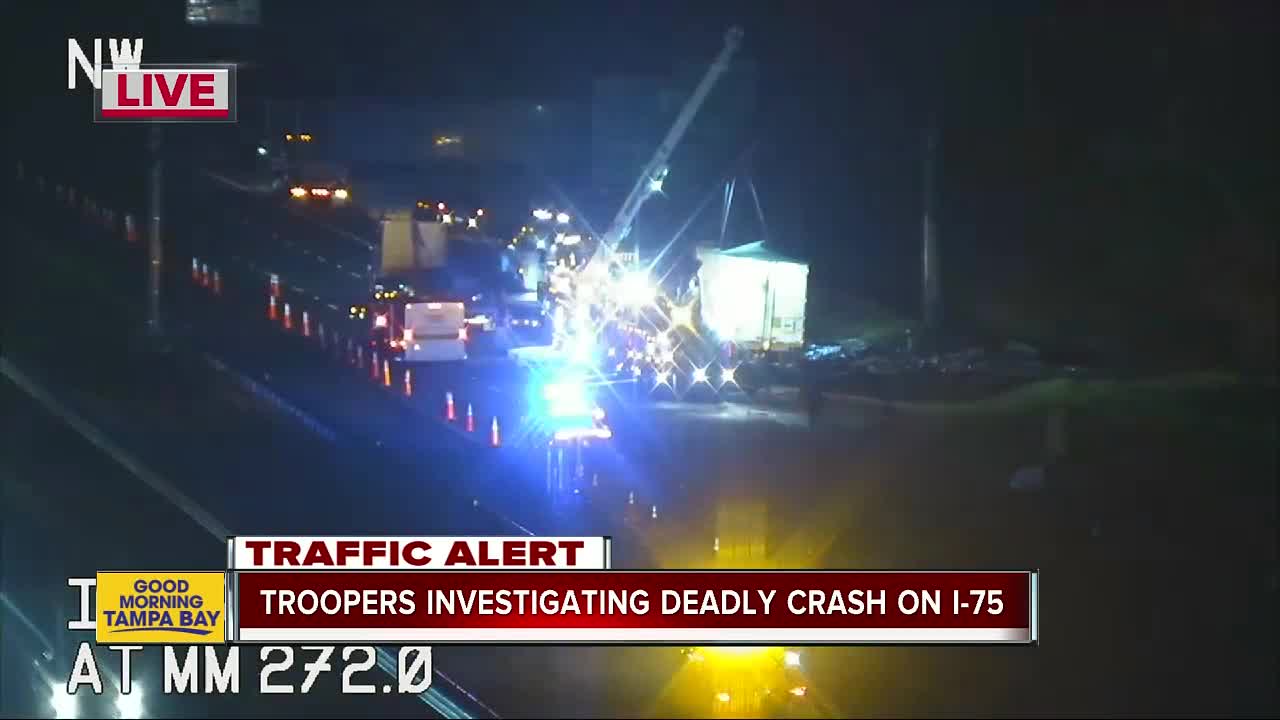 The Florida Highway Patrol is investigating a fatal multi-vehicle crash on NB I-75. https://wfts.tv/2KjAhk8 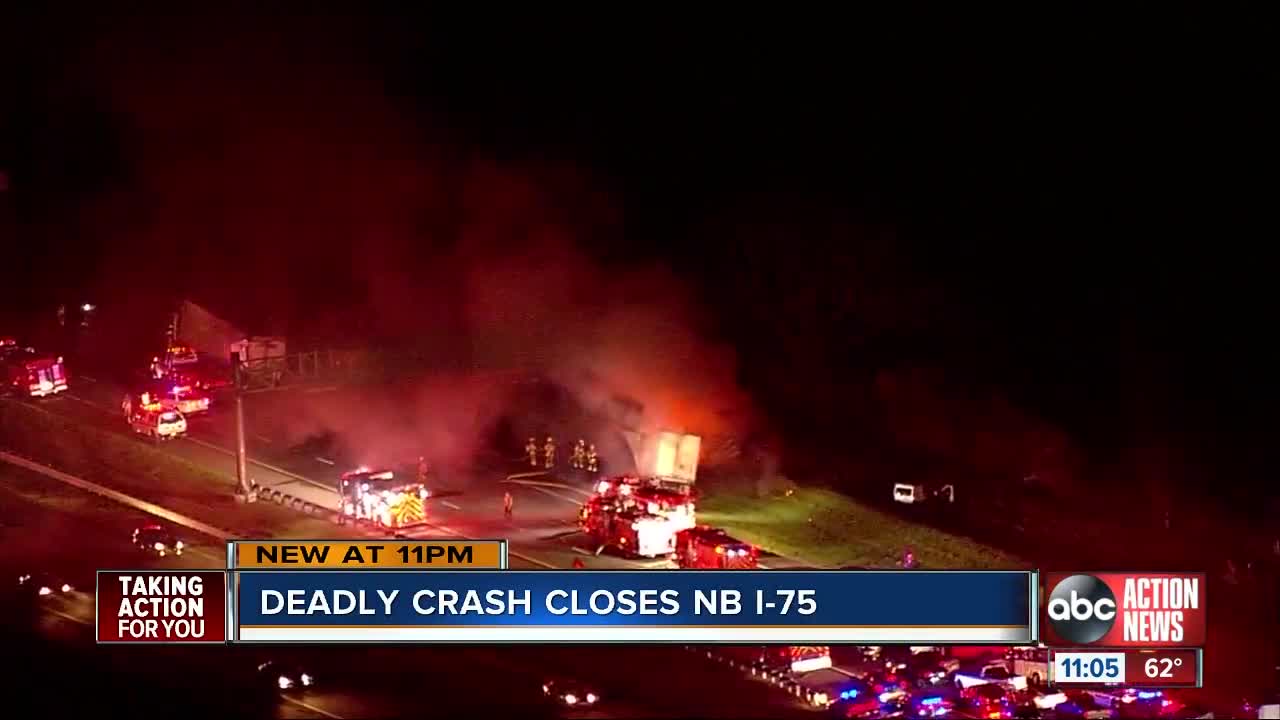 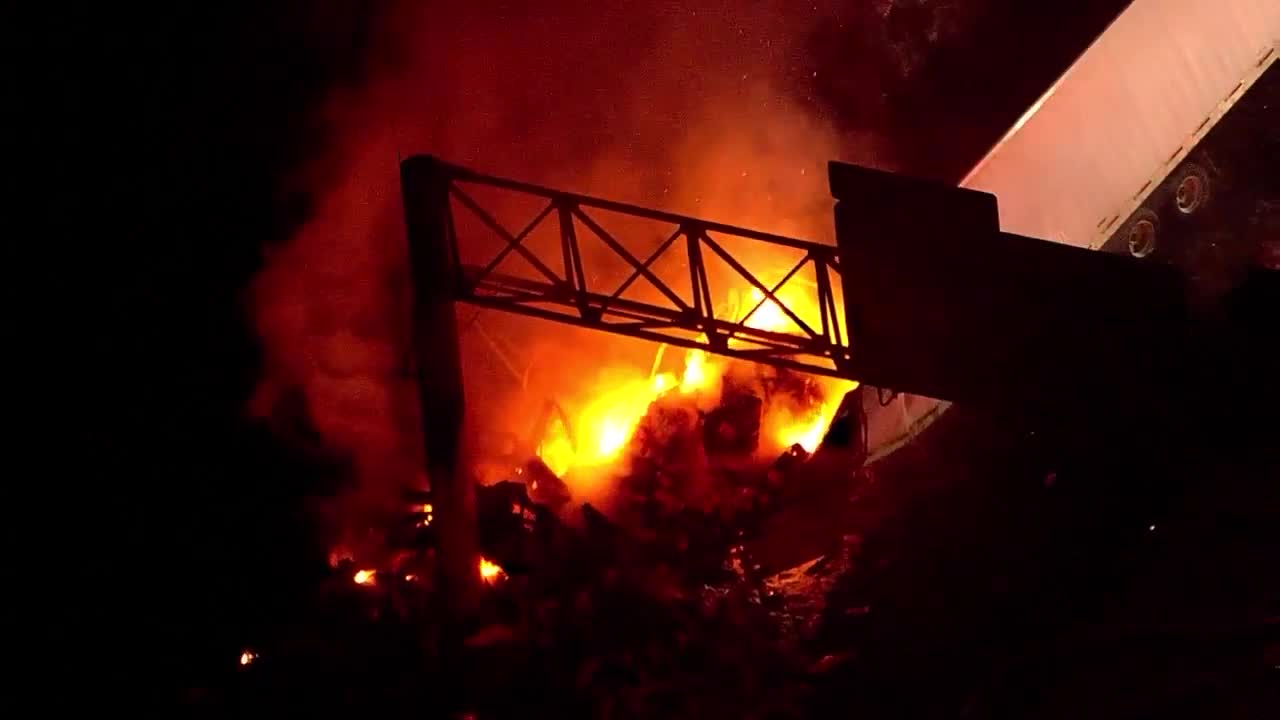 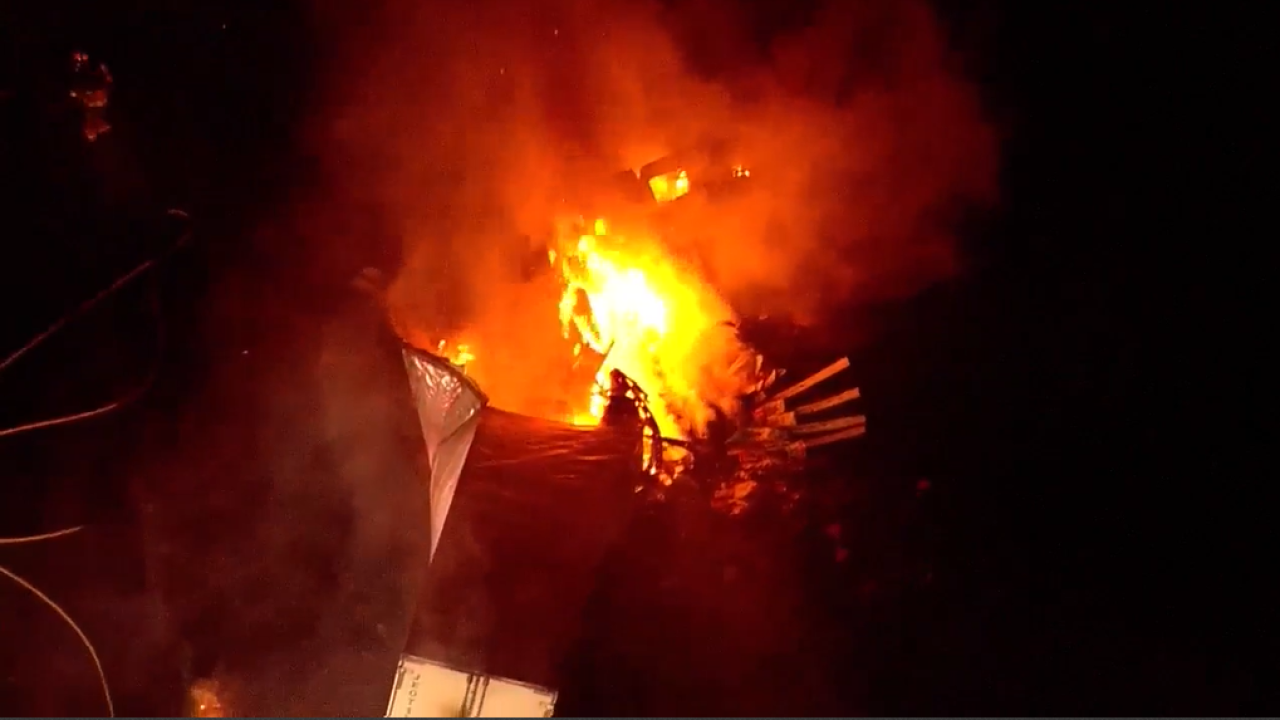 NEW TAMPA, Fla. — State troopers are investigating an 8-vehicle wreck that happened on I-75 north in New Tampa Wednesday night that killed two people and injured several others.

The Florida Highway Patrol responded to a call of a deadly crash near mile marker 272, north of New Tampa Boulevard, around 6 p.m.

The crush shut down northbound lanes of I-75 in New Tampa for several hours Wednesday night and into Thursday morning before they reopened just before 8 a.m.

The identities of the two deceased victims have not been released yet, pending next-of-kin notification.

According to a crash report, a total of eight vehicles were involved. That included two semis.

The semi then continued forward, the report says, and hit the back of a Mercedes and the back of another semi.

The report says the Mercedes became trapped between the two semis as a result and the initial semi came to a final rest on top of it.

As a result, the semi and the Mercedes both became fully engulfed in fire. FHP says both drivers died at the scene.

Crews clean up debris following deadly crash on NB I-75
Copyright 2019 Scripps Media, Inc. All rights reserved. This material may not be published, broadcast, rewritten, or redistributed.