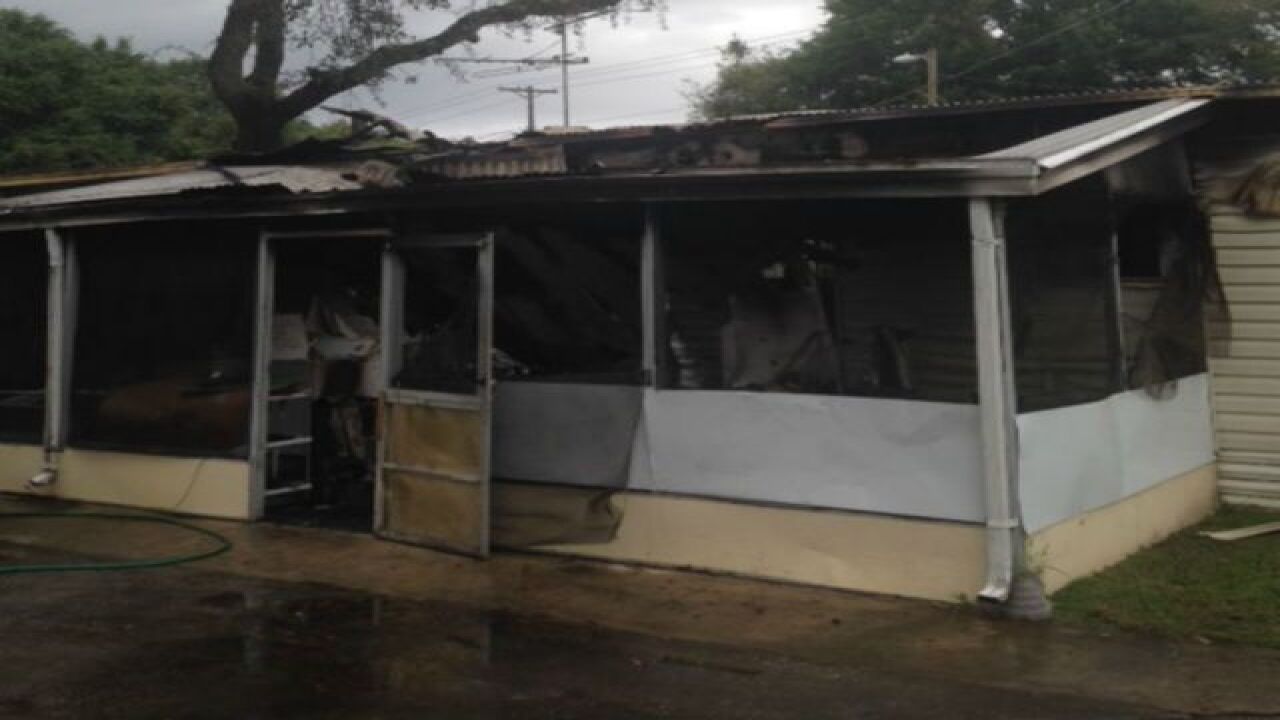 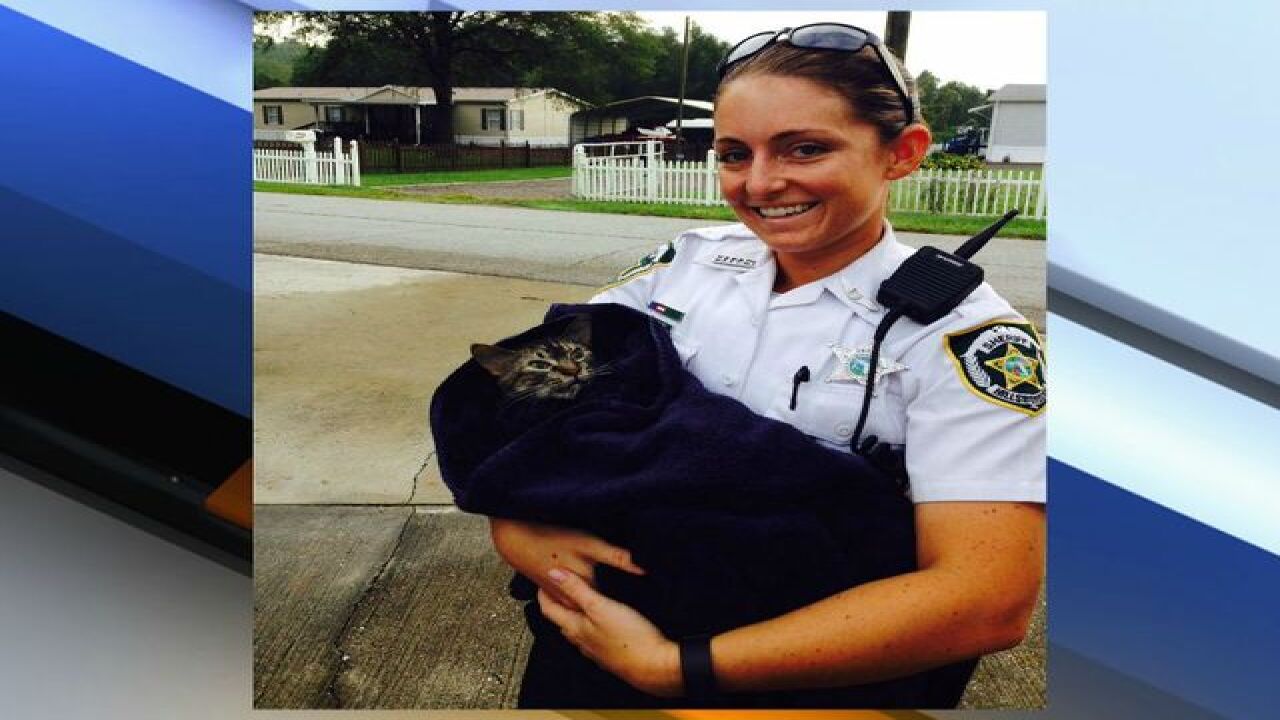 A Hillsborough County deputy successfully resuscitated a cat Sunday after a fire at a Thonotosassa home.

On September 13, 2015 deputies were dispatched to a mobile home fire at Ranch Oaks Estates Mobile Home Park located at 11940 Highway 301 North in Thonotosassa.

Upon arrival it was learned that the female resident, Melanie Caffrey, had been rescued by neighbors but the male, David Caffrey was still inside.

The home was fully engulfed when Deputy Dustin Hartline and his recruit, Deputy Ryan Jones arrived. Deputy Hartline and Deputy Amanda "Brooke" Talbot used their fire extinguishers and neighbors used a garden hose to try and fight the fire to little avail.

Hillsborough County Fire Rescue arrived shortly after and battled the fire, eventually making entry and pulling David Caffrey from the home. Both Melanie and David Caffrey were transported to Tampa General hospital listed in stable condition.

Deputy Talbot came across one of the resident's cats which was unresponsive. Deputy Talbot utilized her infant Ambu bag and successfully resuscitated the cat.

Hillsborough County Fire Rescue then supplied oxygen to the cat. Deputy Talbot then contacted BluePearl Veterinary Partners located at 3000 Busch Lake Blvd. in Tampa who advised they would evaluate the cat free of charge due to the circumstances.

One of the Caffrey's neighbors transported the cat to BluePearl, they advised the cat should be fine and will be cared for by the neighbor until it can be reunited with the Caffrey's.