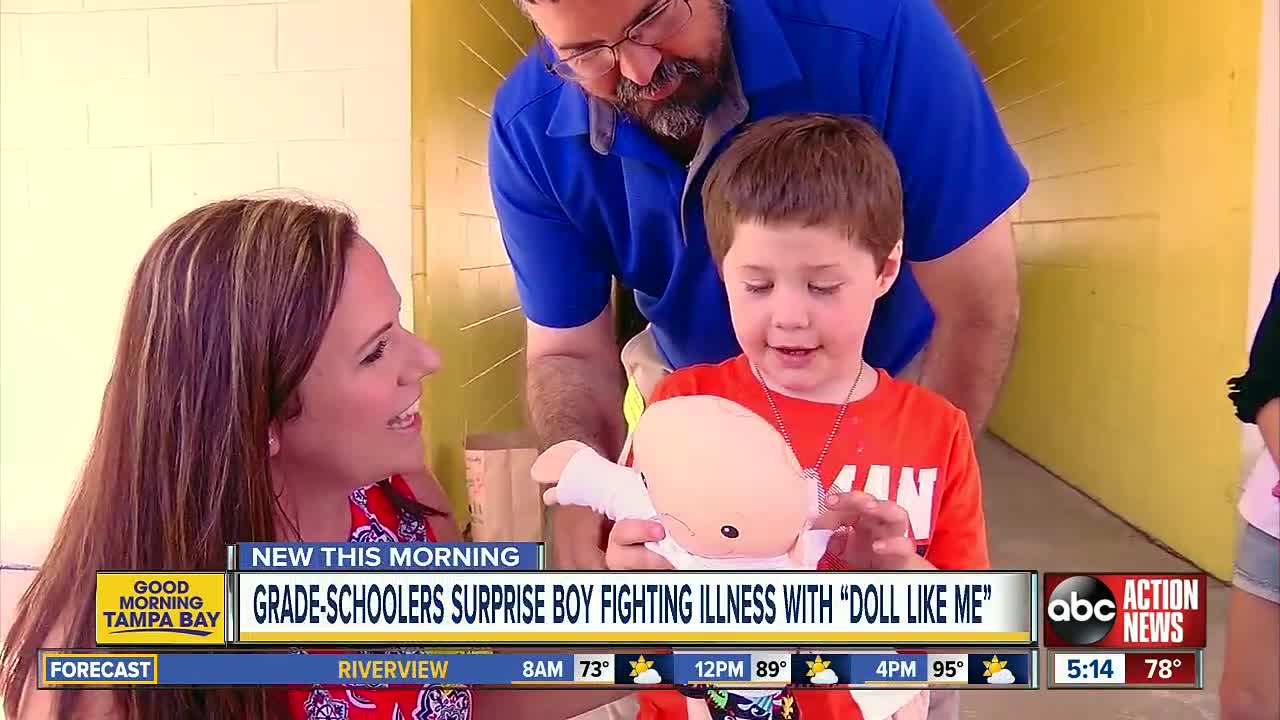 Payton Haynes got a huge surprise from second graders at Cracker Trail Elementary School is Sebring. 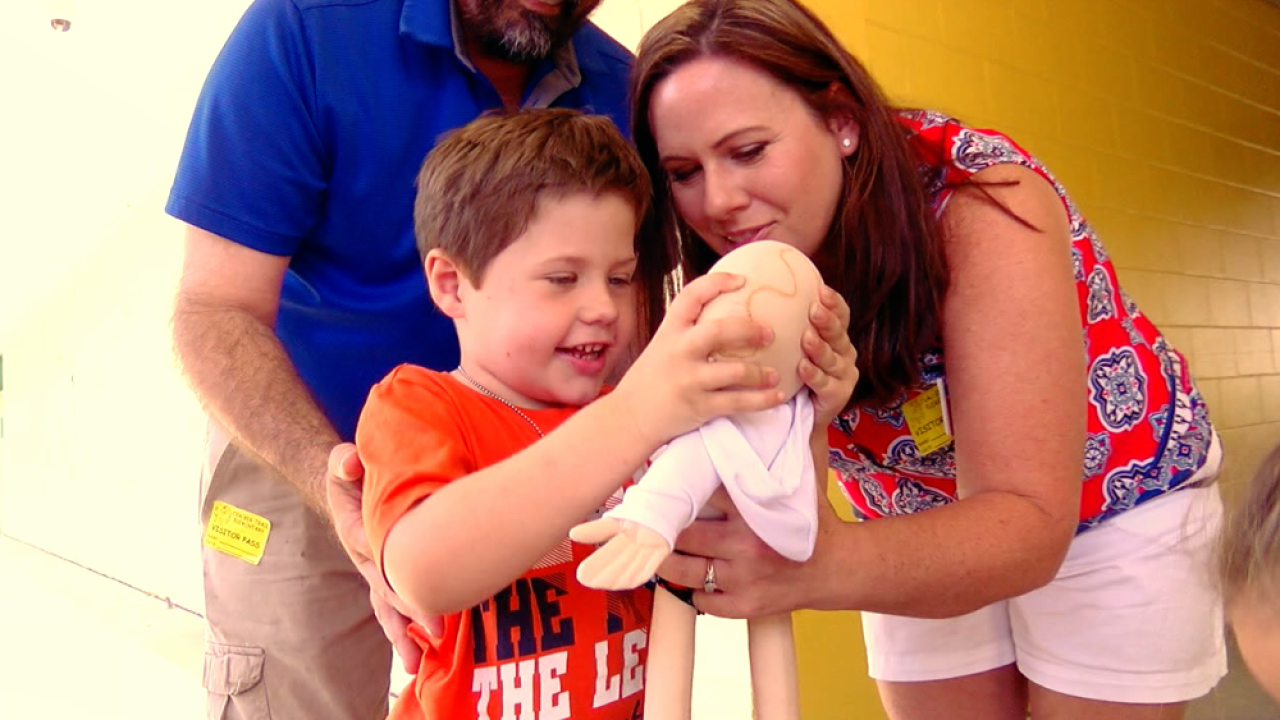 SEBRING, Fla. — Dozens of second graders did something pretty remarkable on the last day of school at Sebring's Cracker Trail Elementary School.

They gave a gift to a 5-year-old boy.

A doll, as a matter of fact.

“He has the same scars as me,” said a smiling Payton Haynes, holding the doll which has surgery scars on its head and belly.

Payton is battling hydrocephalus. Fluid pressure on his brain has kept him in and out of operating rooms his whole life.

“Scars are very personal,” says Payton’s mother Kristin Haynes, who used to teach at Cracker Trail. “To have something that looks just like him is amazing.”

“As a teacher, my love is seeing these kids grow up to be good people,” says Prendergast. “Seeing this happen is very touching.”

The students raised money at a living wax museum where they came alive as historical figures after people gave them money.

The second-graders also reached out to charity Champions for Children,  which paired them with Payton.

“The love and support of a small town, there’s nothing like it anywhere,” said Haynes.

When Kristin heard Cracker Trail students wanted to help Payton, she thought of A Doll Like Me, a Wisconsin nonprofit run by dollmaker Amy Jandrisevits.

“I make dolls for kids who don’t see themselves on store shelves,” says Jandrisevits, who has become a favorite of none other than Oprah Winfrey.

Amy hears about a lot of amazing kids, but this tale from Highlands County is extra special.

“The story is not this kid gets a doll,” she says. “The story is what these other kids did for someone they don’t even know.”

Payton loves his doll. He named it... Payton. Then he hugged as many second-graders as he could.

“The heart of a child is a truly wonderful thing, and it gives you hope for the next generation,” says Payton’s mom.