The breeding season for bears runs from June-Aug. 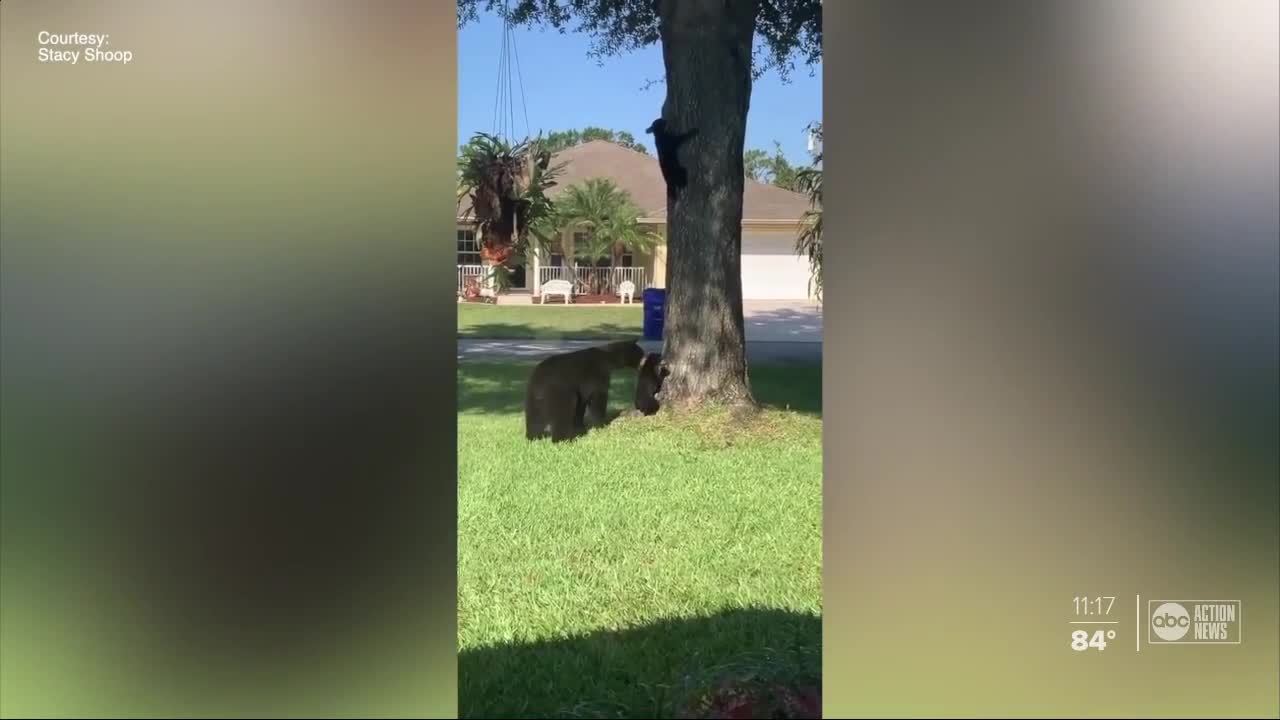 A mama bear and a cub were spotted trying to get the second cub to climb down from a tree in Sebring. 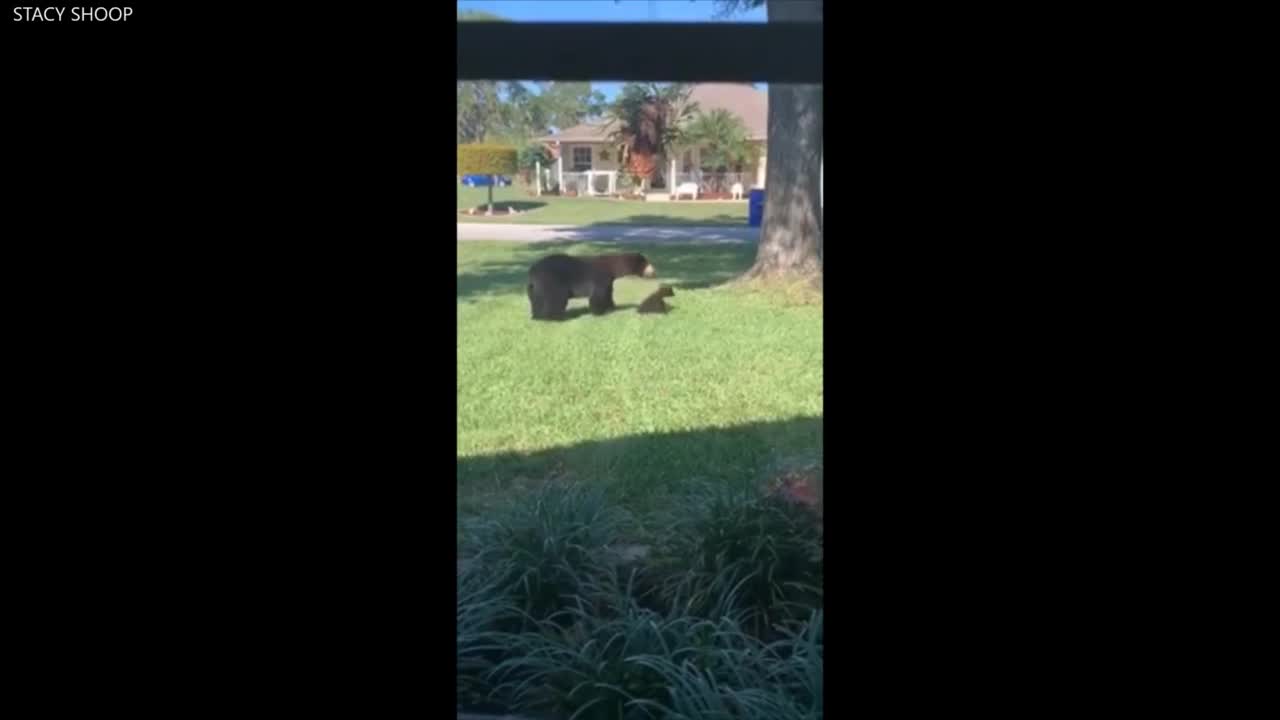 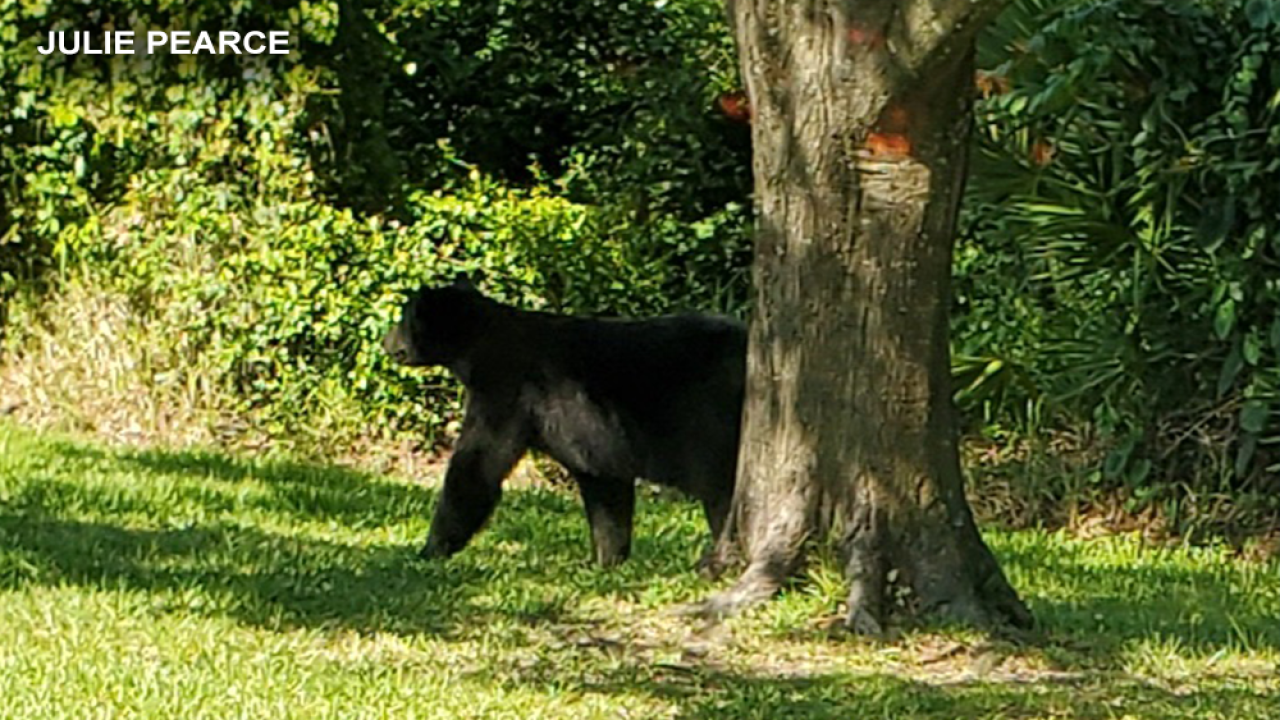 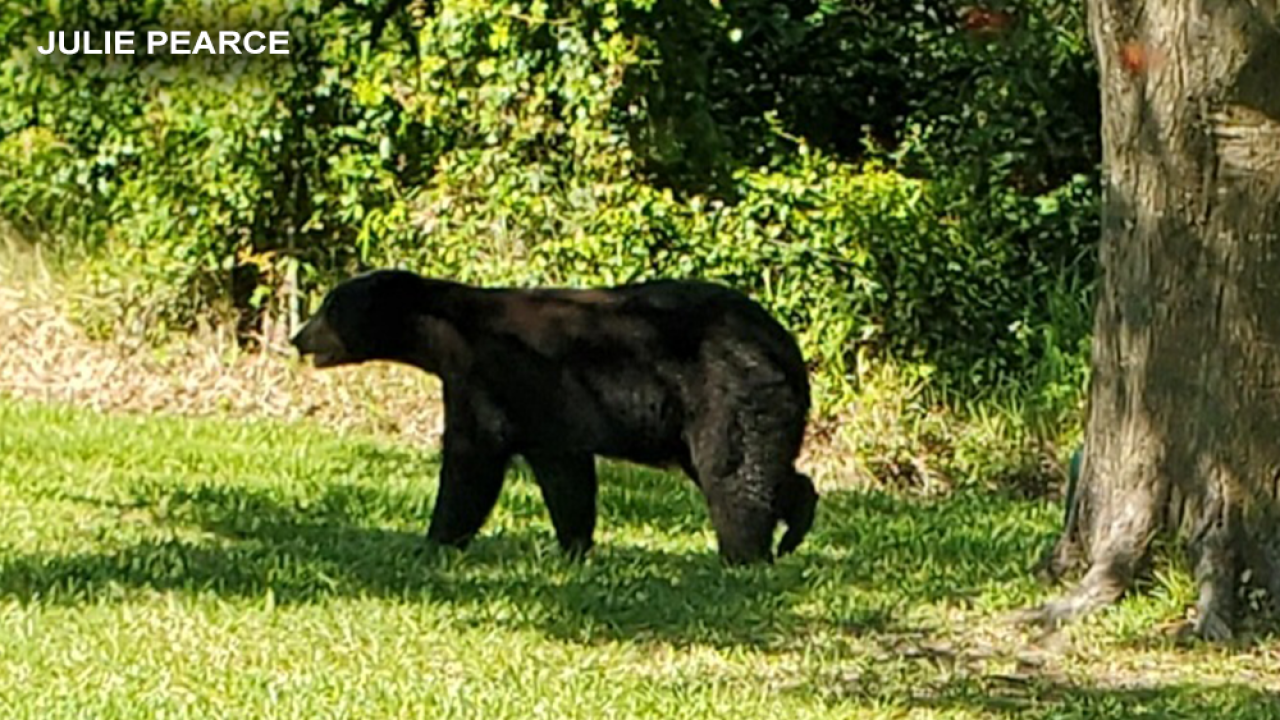 SEBRING, Fla. -- Neighbors spotted a mama bear and two cubs in their neighborhood in Sebring.

Stacy Shoop took a cell phone video of the bears climbing down a tree in her front yard last month. She watched from a bedroom window.

She said her neighbors continued to see bears in the area.

"At first, I thought it was just that one cub when I saw the second, I couldn't believe it. I was thinking how many more cubs are in this tree," said Shoop.

The Florida Fish and Wildlife Conservation Commission (FWC) and local law enforcement agencies received reports about the bear sightings in several neighborhoods, including the Harder Hall subdivision in Sebring.

"I opened all the blinds around the house just to be on the lookout. I have two babies and a dog so if we wanted to go outside and play, I wanted to be aware there's a bear in the neighborhood," said Shoop.

"During this time of the year, sightings are not uncommon, as juvenile bears are leaving the family unit and looking to establish an area of their own," said Melody Kilborn, FWC SW Region Public Information Director.

The breeding season for black bears runs from June to early August.

"June is the start of the bear breeding season and bears may travel more widely in search of a mate. Also, mother bears can be seen moving around with her cubs in search of food. If potential attractants such as garbage, pet food, and birdseed are secured, bears should not linger," said Kilborn.

FWC urges the public not to approach a bear if they see one, and to keep a safe distance. If you do encounter a bear at close range, do not run.

Remain standing upright, speak to the bear in a calm, assertive voice and back up slowly while leaving the bear with a clear escape route.