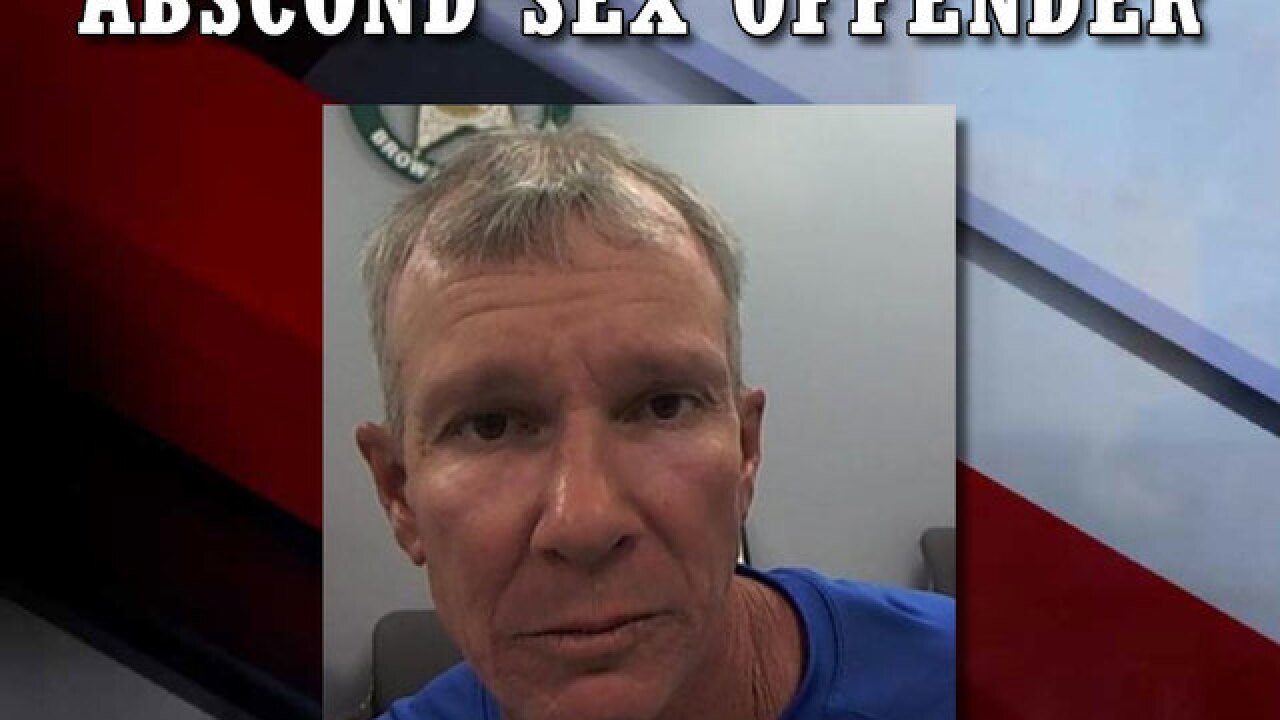 SEBRING HILLS, Fla. — Highlands County deputies are asking the public to be on the lookout for a missing sex offender.

HCSO says that Michael Alan Scott, 52, is a registered sex offender who has absconded from Broward County and has been seen in the Highlands County area. He was reportedly seen Friday afternoon in Sebring Hills and also has an address on file on County Line Road in Avon Park, but does not have permission to be there.

Deputies say he is on probation in Broward County and does not have permission to leave that county. He was convicted of unlawful sexual contact with a minor in 2008.

Anyone with information about his whereabouts, please call 863-402-7200 immediately.