Girl born without spleen dies after being in septic shock, her mom now charged with child neglect 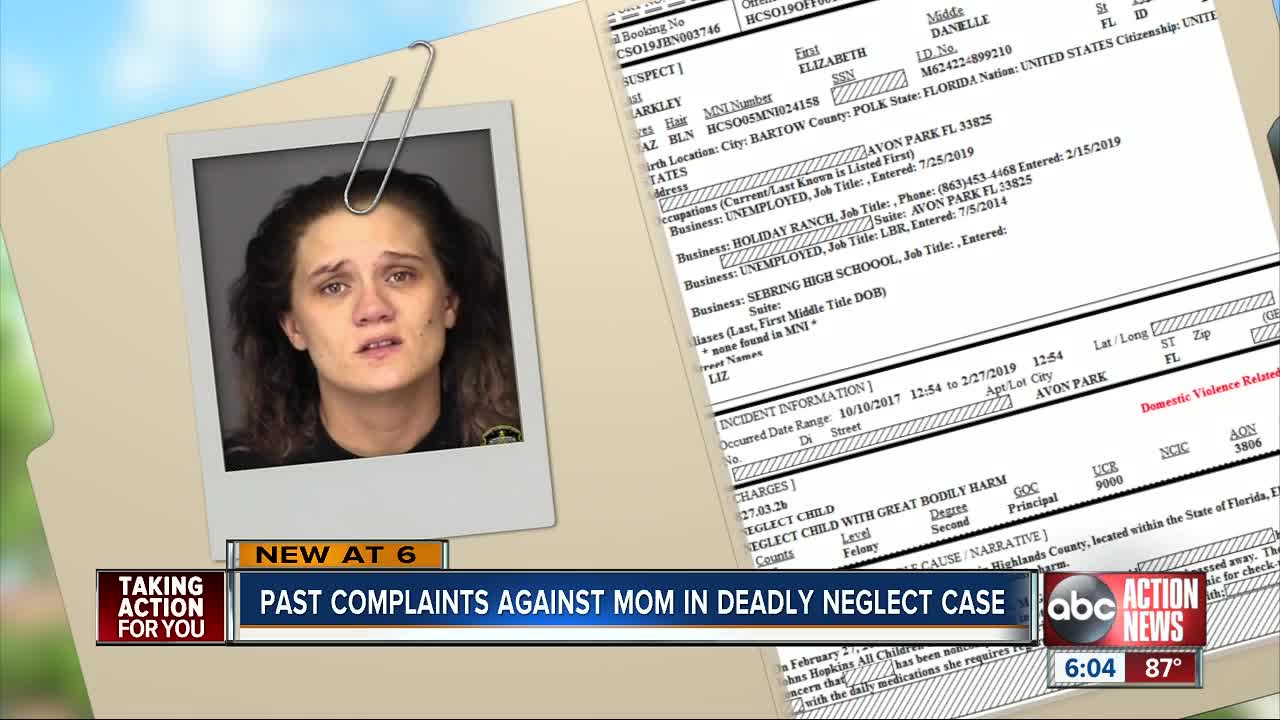 A mother in Highlands County is facing child neglect charges after her arrest on Tuesday in relation to her 9-year-old daughter's death. Story: http://bit.ly/2q5yE2l 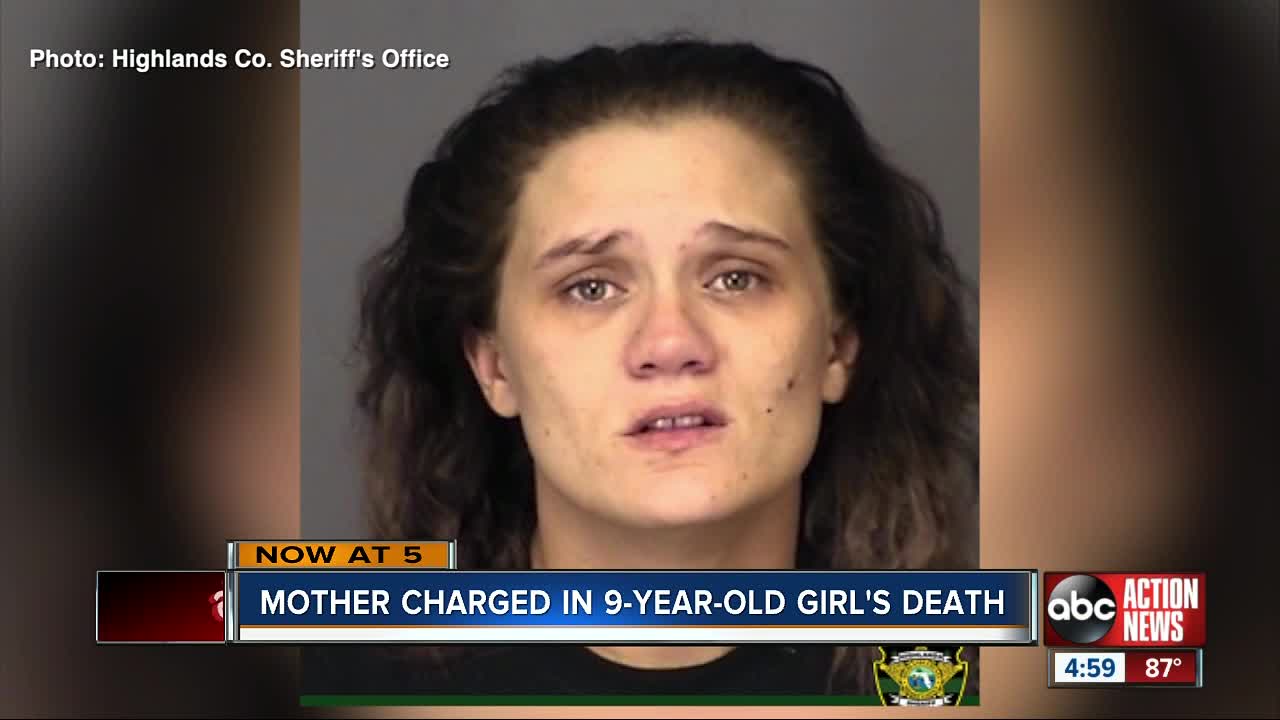 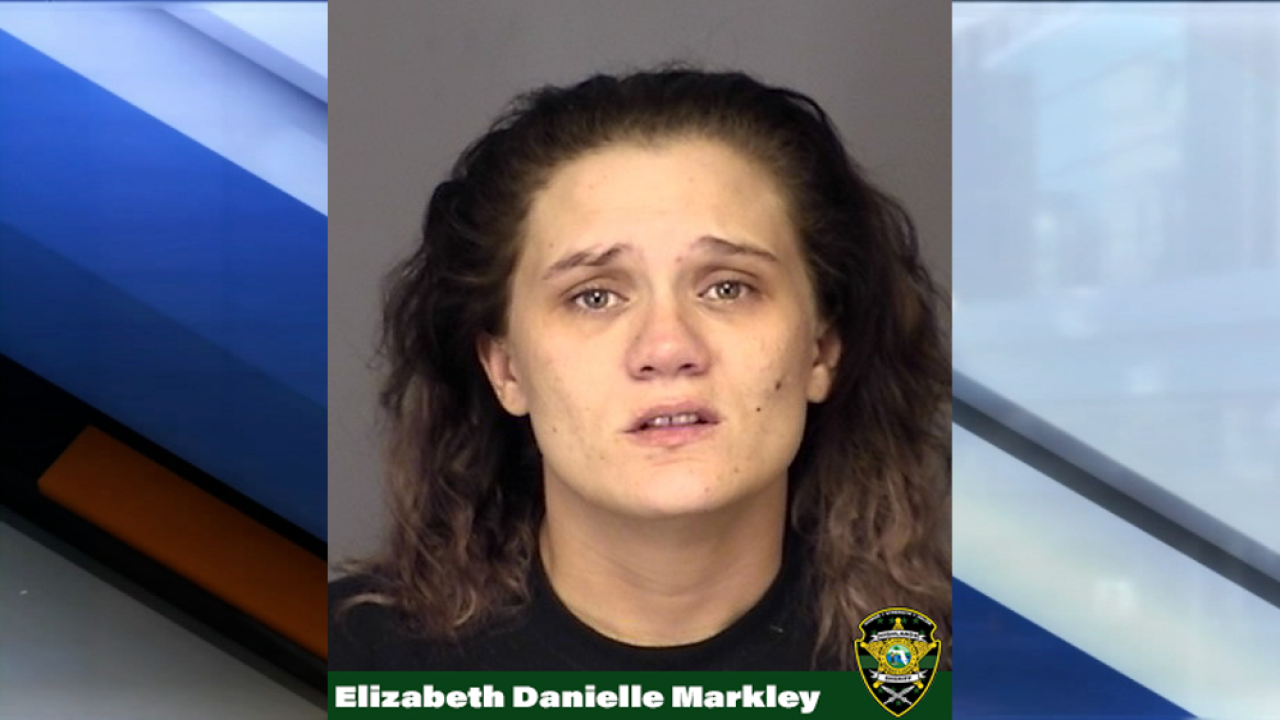 AVON PARK, Fla. — A mother in Highlands County is facing child neglect charges after her arrest on Tuesday in relation to her 9-year-old daughter's death.

According to authorities, the 9-year-old was born with significant medical issues that included having no spleen and a complex congenital heart disease. She died on Feb. 27.

Elizabeth Danielle Markley, 29, is accused of not filling prescriptions her daughter needed to fight off infection and not taking the child to 11 scheduled cardiology appointments over the past two years.

Markley drove her daughter to John's Hopkins All Children's Hospital in St. Petersburg on the morning of Feb. 27. The sheriff's office says by that time the child was "struggling to breath and had begun to turn blue."

The young girl died that day and doctors at the hospital estimated she was in septic shock at home for 12 hours before she was brought to the hospital, according to the sheriff's office.

The medical examiner ruled cause of death as pneumonia with contributing factors of congenital heart disease as well as fluid and electrolyte imbalances, the sheriff's office says.

According to authorities, the excuses Markley made for the 11 missed cardiology appointments were not true.

Markley was arrested on Tuesday and charged with child neglect with great bodily harm, which is a second-degree felony. Her bond was set at $100,000. She faces up to 15 years in prison.

“I want to commend Det. Cara Moseley for her dedication to seeing this investigation through,” Sheriff Paul Blackman said. “She spent more than 200 hours investigating and pulling all the facts together to find the probable cause for these charges.”

This isn't investigators first encounter with Markley, though.

"The cases that were called in were general welfare for all the children," said Highlands County Sheriff's Office PIO Scott Dressel.

The sheriff's office said they had investigated multiple complaints of neglect against Markley in the past.

"There was one complaint where somebody was concerned about this child not necessarily getting the medical attention that she needed and we went out there and interviewed with DCF and the mother had said in the meantime she had rescheduled an appointment and I believe DCF gave her some assistance to make sure she could get to that appointment," Dressel said.

Complaints went as far back as 2014, to as recent as the same month Markley's daughter died, that time for a concern kids were home alone.

"Our job when we go out to these things we go out with a DCF child protective investigator. What we’re looking for is if there’s anything that rises to the level of a criminal charge," Dressel said.

He said in all of the complaints, they found nothing that rose to probable cause for a criminal charge.

"We did what we were supposed to do. We went out and checked to make sure these children weren’t being criminal abused or neglected. I can’t speak to what DCF’s policies are as far as when they intervene in something like this I really couldn’t comment on that," he said.