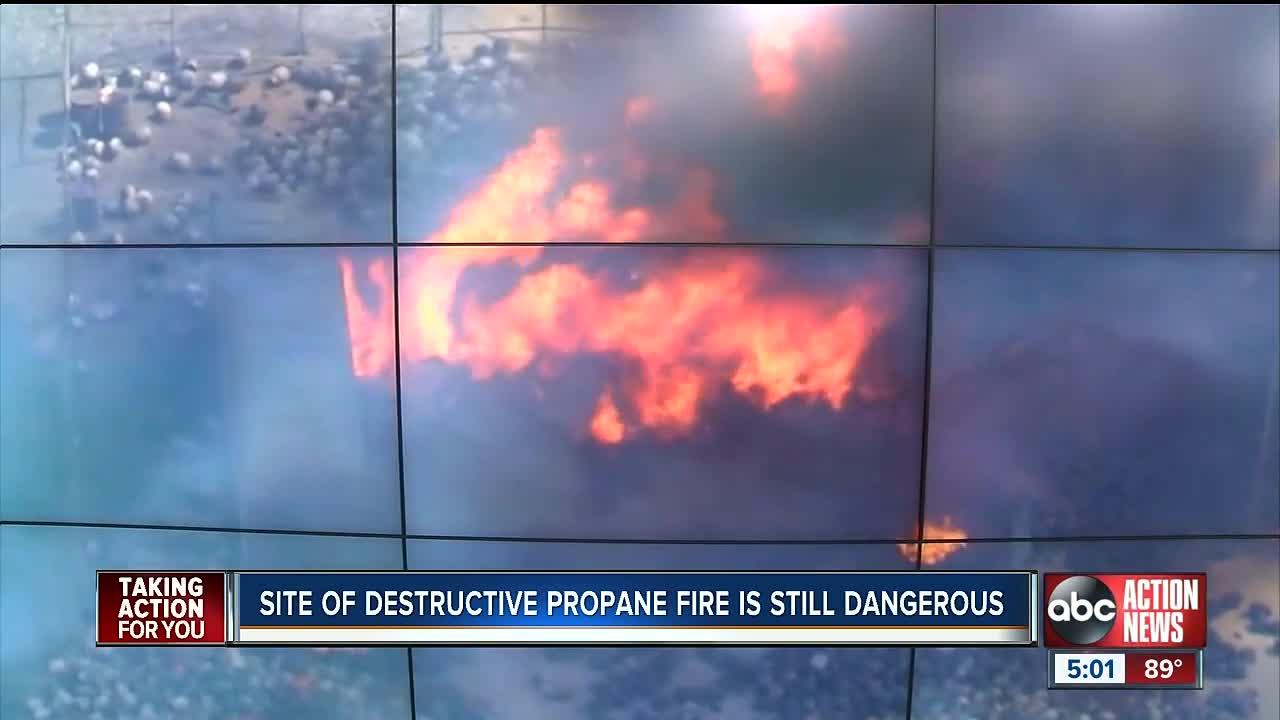 The scene of Monday afternoon's fire in Sebring is still considered dangerous. 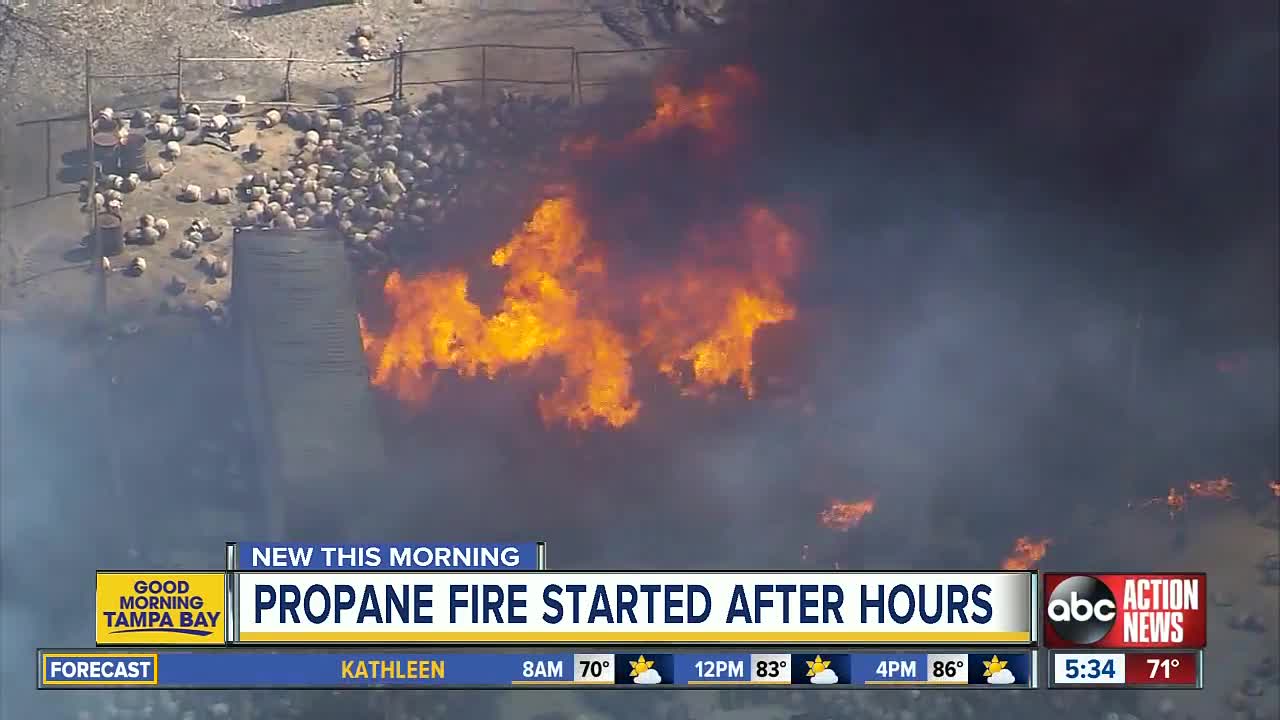 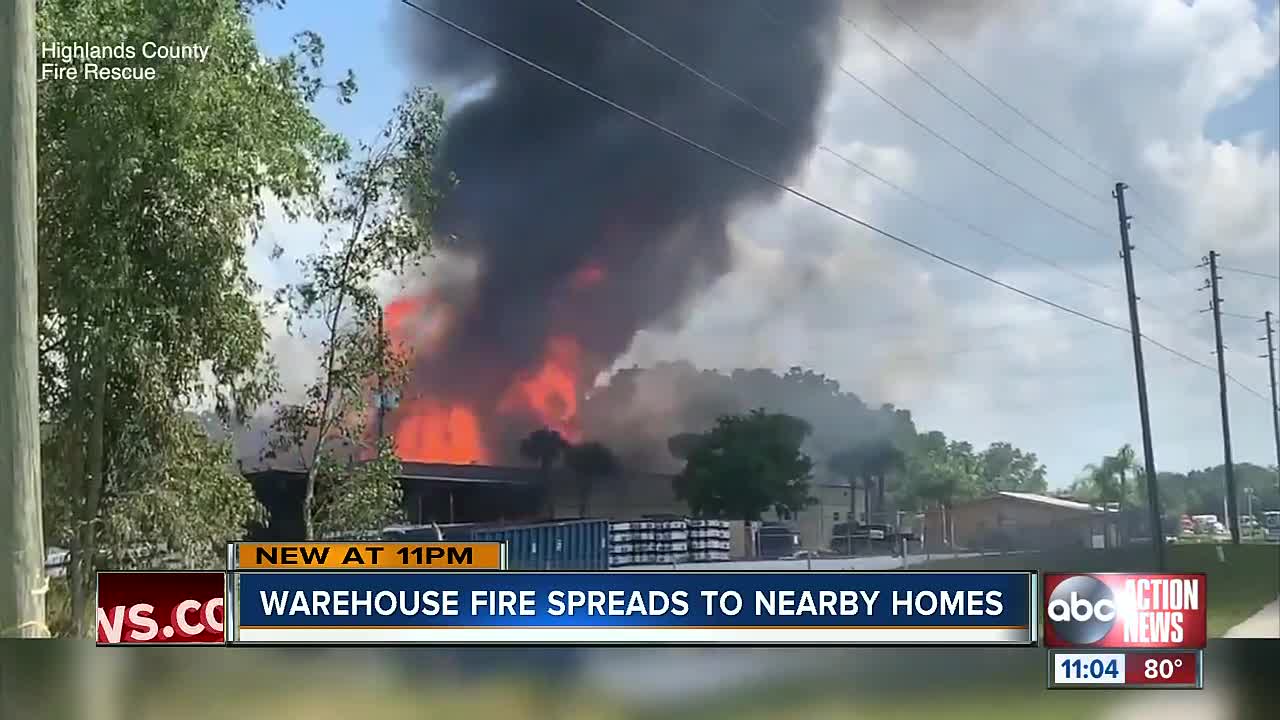 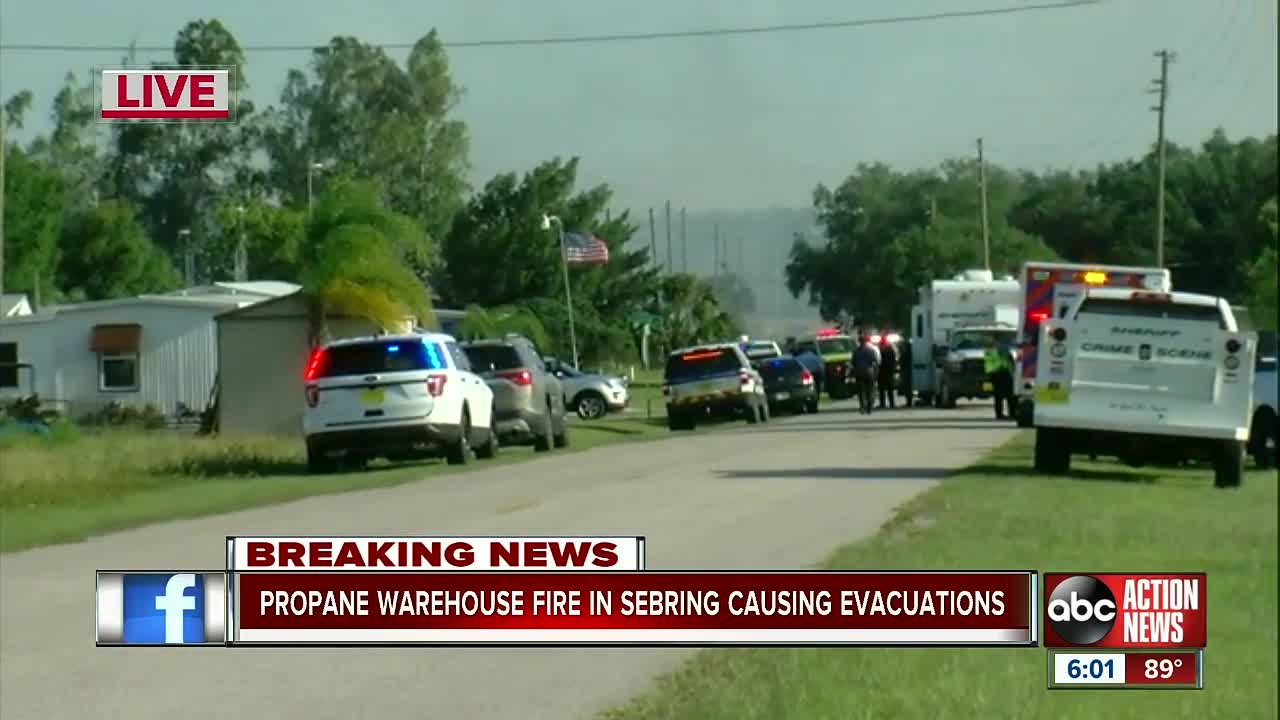 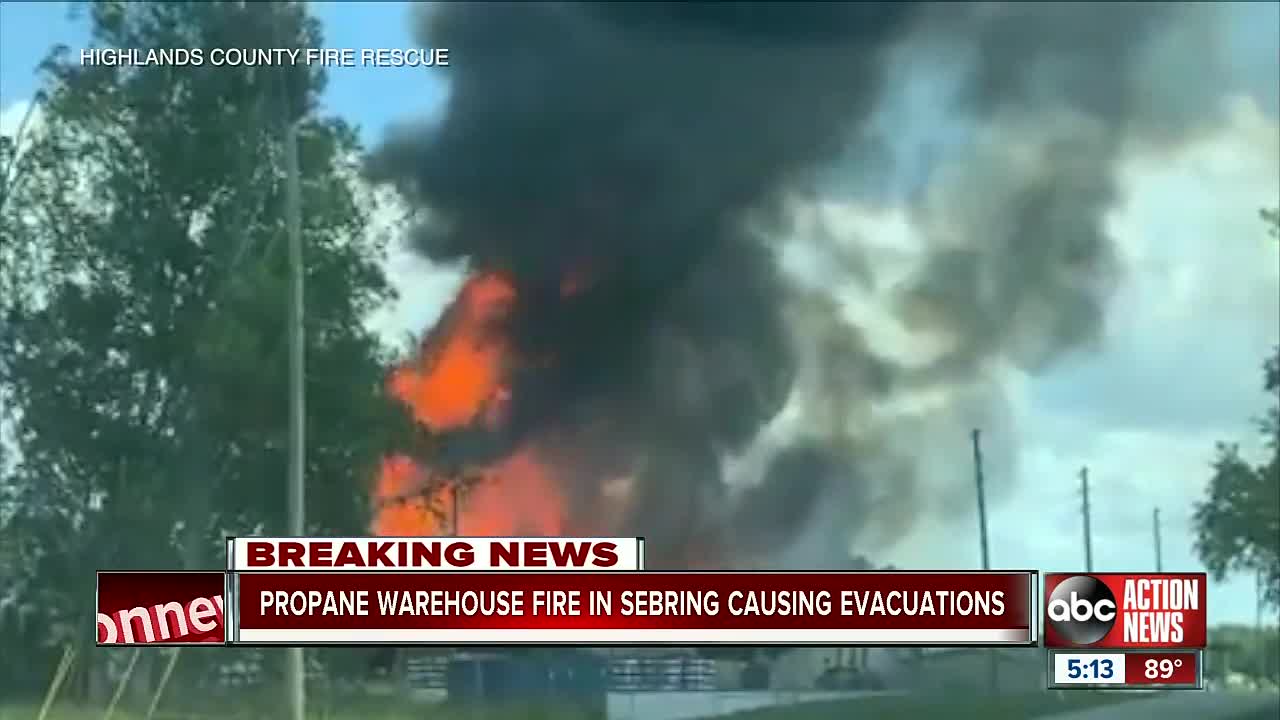 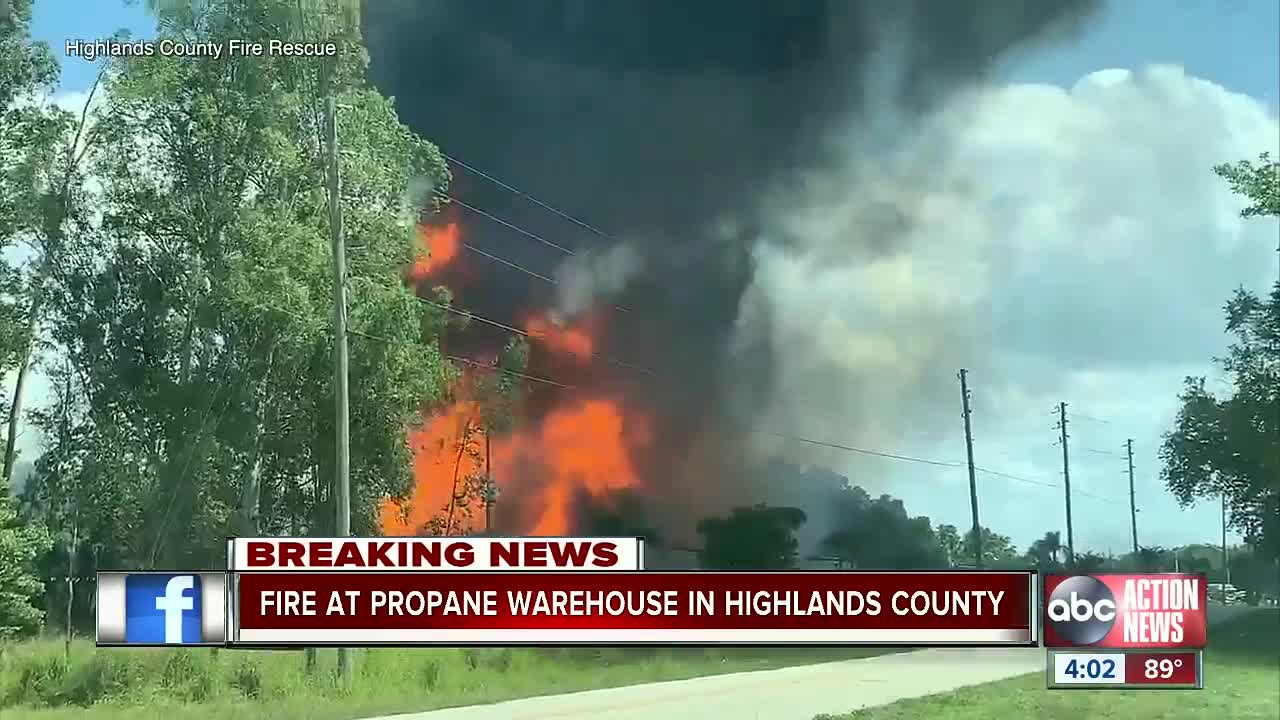 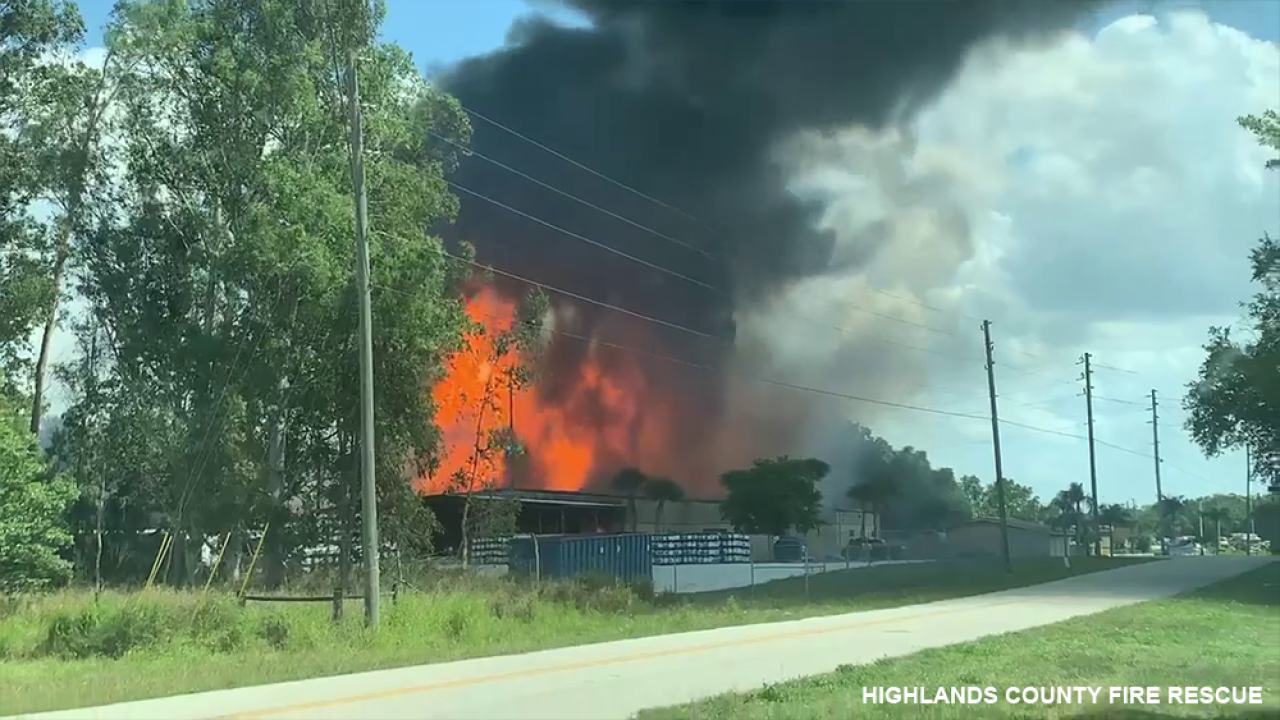 Crews responded to a call of a large structure fire at a propane warehouse on Twitty Road in Sebring. According to the Highlands County Fire Rescue, the fire eventually jumped to a mobile home park across the street, destroying 17 structures.

Bashoor described Monday's fire as a "nightmare scenario" for crews, as the warehouse stored about 10,000 20-pound propane cylinders inside the facility. Exploding propane tanks posed a safety threat for firefighters.

Bashoor says metal shrapnel flew through the air and could be found a quarter-mile away.

“You’re ready to run in and put the fire out," Bashoor said. "This is one of those scenarios where we have to isolate the area, deny entry for anybody, including firefighters.”

The fire prompted evacuations for nearby businesses and residents for hours before they were told they could return around 8 p.m. Bashoor said toxicity was limited to the immediate area but residents were encouraged to keep window and doors closed.

Medics went into the evacuation zone Monday evening to retrieve medication for some residents.

Steve Baker had just returned home to Sebring from cancer treatment in Tampa when he learned his house was off-limits.

“I have chronic pain so I have to take them regular and the pain gets pretty bad so I need to have it every four hours," said Baker.

The injured employee, 43-year-old Wayne McCall, is a plant manager and remains in serious condition.

U.S. 27 was closed for hours due to the fire before reopening. Twitty Road will remain closed through the night and likely reopen Tuesday morning.

The cause of the fire is under investigation.

Kosan Crisplant Missouri, Inc., the operator that owns the propane facility at 11850 Twitty Road, Sebring, that caught fire, issued the following statement regarding the incident:

We wish to express our deep concern for the well-being of our plant manager, who was injured in today’s fire, and for his family and all the people who live and work nearby who have been affected by this incident. We also wish to extend our most profound thanks to the first responders and others who have kept everyone safe during the event.

The cause of the fire is under investigation, but at this point it appears to have begun after the plant had ceased operations for the day, and the manager was conducting inventory. We are cooperating closely with investigators as they conduct their work, and we look forward to their analysis.

We will provide updates as we learn more.