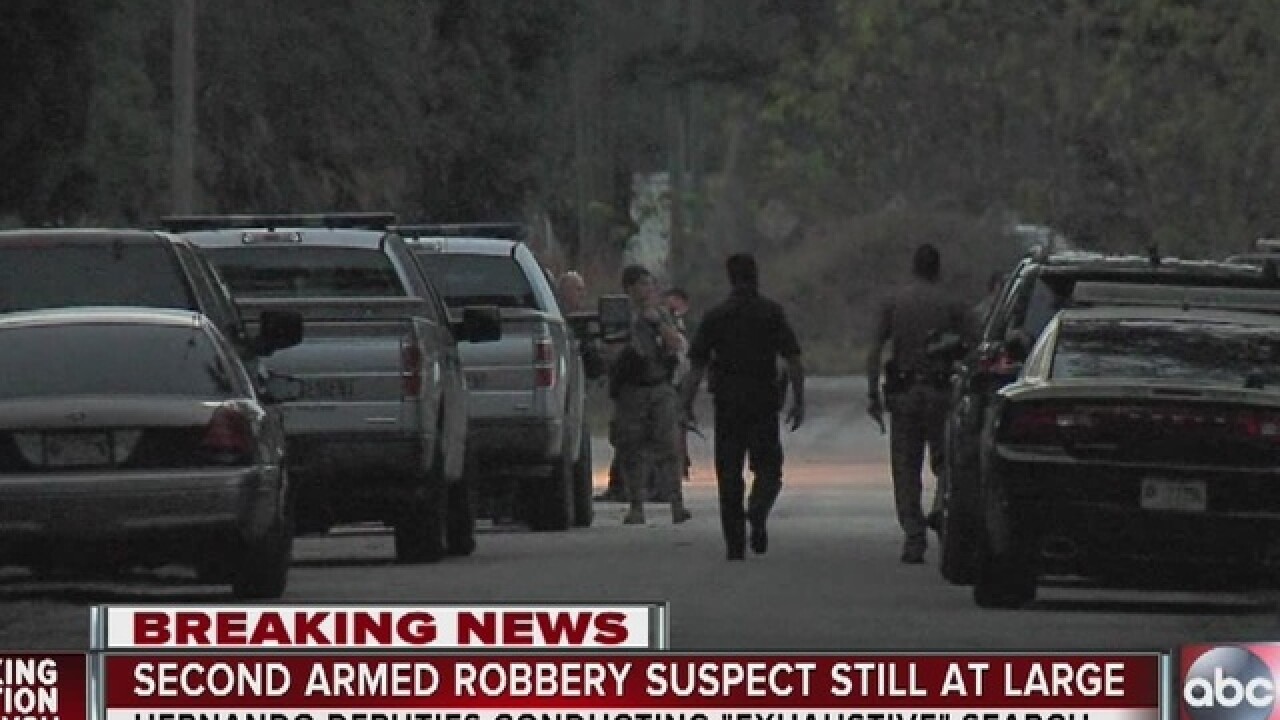 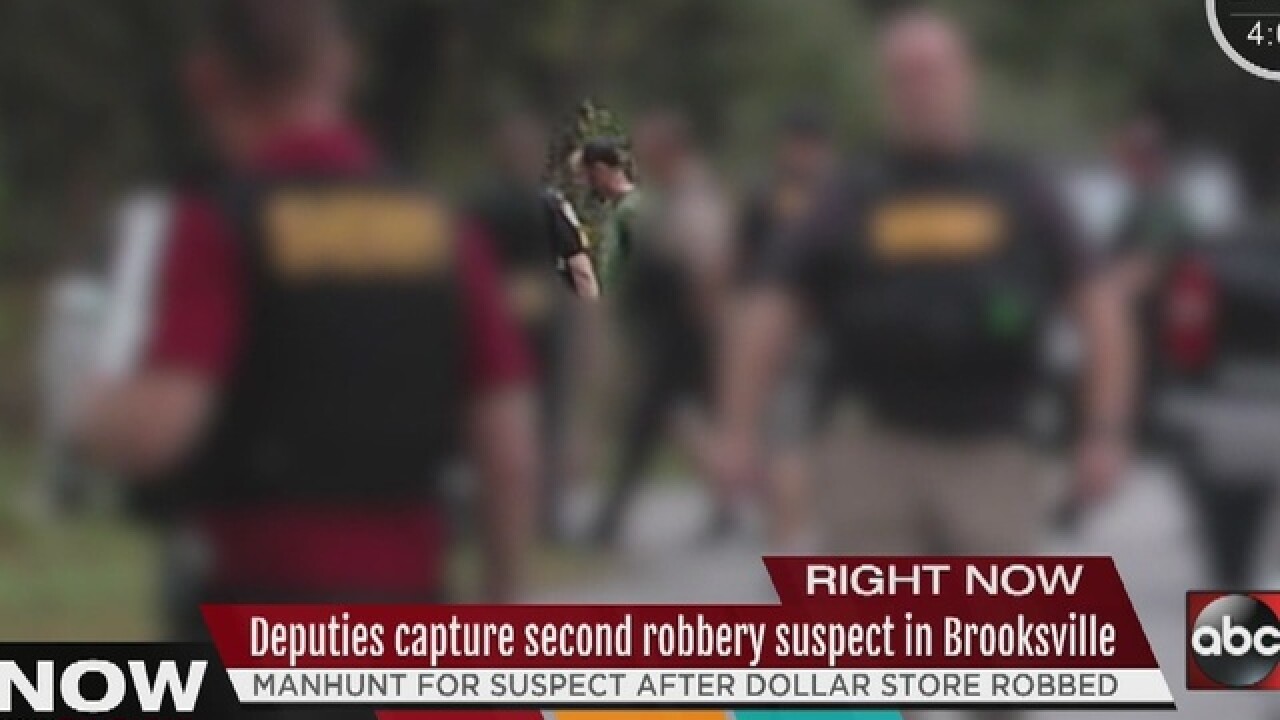 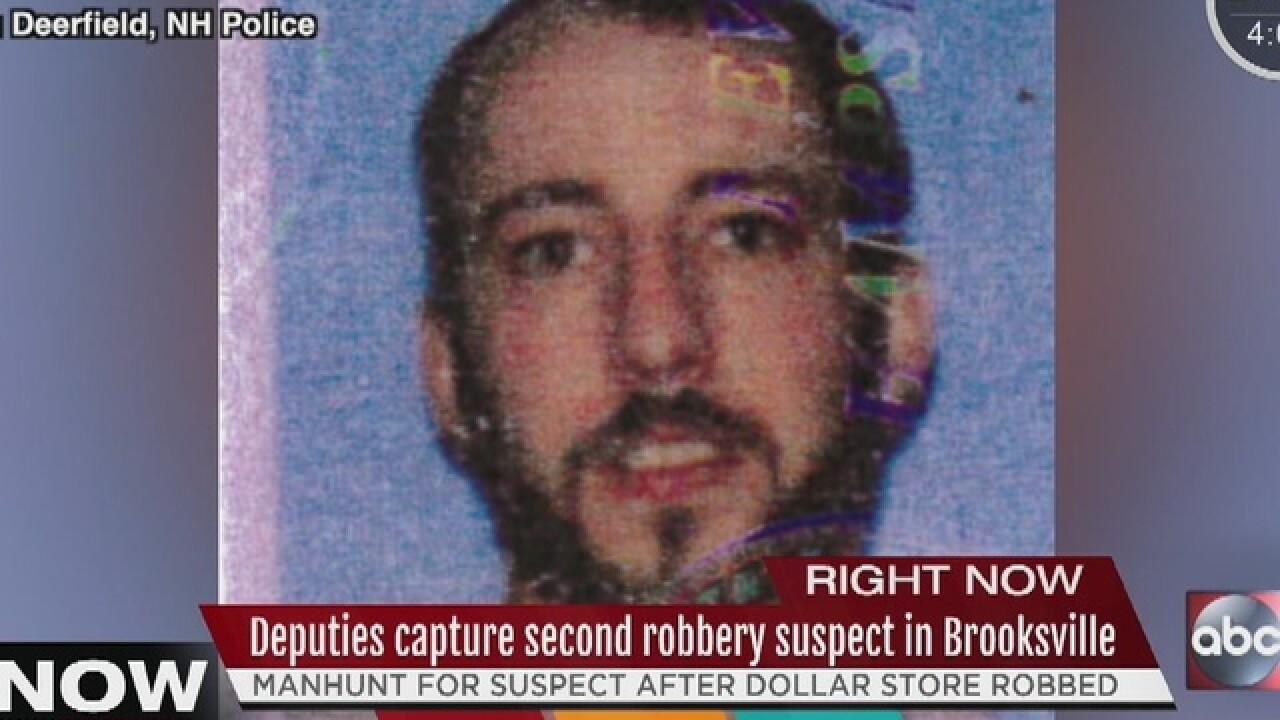 Hernando County deputies have captured a second suspect in a Dollar Store armed robbery after an overnight manhunt. Authorities identified him as Derek Stehpen Kelley, 27.

Kelley is charged with "principle to armed robbery with a firearm" -- a felony. He was being held without bond.

Deputies had been searching for the suspect since the robbery occurred Tuesday at the store at 6336 Sherman Hills Blvd., according to Hernando County Sheriff’s Office. Deputies, now identified as Cpl. Stephen Miller and Deputy Matt Lillibridge, shot one suspect, Michael U. Hilber, 29, after they said Hilber brandished a weapon at them.

Lillibridge and Miller are now on paid administrative leave pending investigation, which is routine, the sheriff said.

BACK STORY | One dead after Brooksville deputy-involved shooting

Kelley, the second suspect, was taken into custody this morning without incident. He was discovered near Rackley and Saturn Roads in Brooksville after 9 a.m. Tuesday.

Deputies said they are still interviewing Kelley, who potentially spent the night in the nearby woods. They said he appeared to be coming off of a massive drug binge, but was uninjured and appeared able to answer authorities questions. He was aware deputies were searching for him overnight in connection with the armed robbery at the Dollar General Store near Sherman Hills and SR 50. Deputies said they are interviewing him now to learn more additional details.

The Hernando County Sheriff's Office said they believe Hilber and Kelley are connected to a string of Subway restaurant robberies throughout Tampa and another in Sarasota.

The sheriff also said they believe the pair are connected to a recent armed robbery in New Hampshire, in which they dragged a law enforcement officer a number of feet.