School bus overturns in Brooksville after colliding with a semi truck.

Scary moments Wednesday morning when a school bus with 18 students on board was hit by a semi truck in Hernando County.

Florida Highway Patrol says the semi was coming off of I-75 when it failed to stop at a red light and smashed into a school bus traveling westbound on highway 50.  After that students say the bus spun before flipping on its side.

"It was just really loud. You heard the scraping on the street because the back axle came off of the bus," said Marin Aske.

Marin and his brother Marrick were riding the school bus containing 18 students on its way to Hernando High School at 6:15am when it was T-boned by a semi truck that sped through a red light.

"So when it landed I went from the wall where it got hit, straight down to the other wall," said Aske.

The bus came to rest on its side nearly 50 yards from where it was hit.

"I happened to look down at my back pack and see that my shoe was off so I had to bend down and put it on, I was still standing on the glass," said Aske.

Mark Aske drove to pick up his sons after he heard about the accident. Mark says after seeing the bus he began to panic.

"My two boys were standing there and the bus driver, he was still shaking, and he looked at me and said, ‘I was still shaking but by the time I got my wits about me, your boys’ and he pointed at them Marrick and Marin, ‘were kicking the hatch off the roof and opening up the back door,’" said Mark, he continued, "I was so proud of them."

Miraculously, no one was seriously injured and only six students walked away with minor injuries.

"When something like that happens you just got to appreciate life and take every moment that you’re given," said Marin

FHP says the driver of the semi truck that hit the bus will face charges for running the red light. 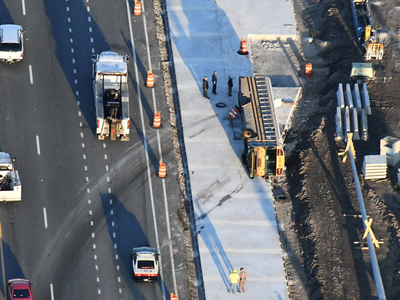 UPDATE: The school bus is overturned. The @HernandoSheriff says 6 students on the bus have injuries. Live pictures from Captain Al in just minutes on @abcactionnews https://t.co/2PYpGntB7w 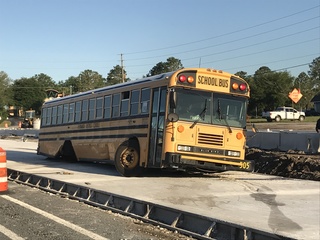 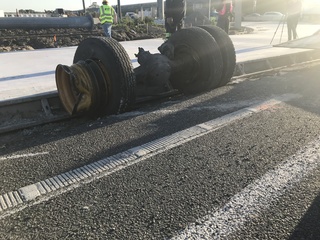