A woman who lives at an apartment complex on Pinehurst Dr. in Spring Hill says the conditions are so bad inside of her apartment that she has to take her son to the doctor every couple of weeks and the landlord has done nothing to fix the problem.

Rasheema Jeffreys said, "it’s terrible, and what’s upsetting to me is that no one wants to listen."

Black mold covers the inside of Rasheema Jeffreys apartment. She says it all started when she noticed water coming into her apartment in August.

"I made the landlord aware, he said he would have the plumbing fixed, and he never did," Jefferys said.

Things progressively got worse until the walls in their bedrooms became covered in mold. 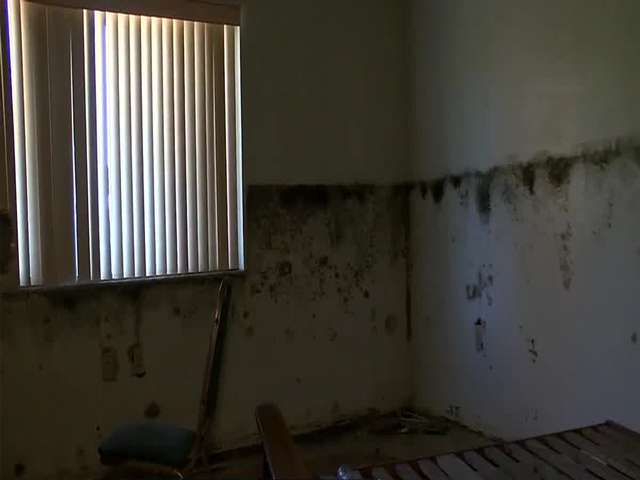 Now they are staying in the living room and have to wear face masks to sleep. She says her son's asthma has gotten significantly worse.

"It's very serious to me and I’m really concerned about his health," Jeffreys said.

As for reaching the landlord, Jeffreys said, "we also have no hot water so I called him numerous times and now his phone is disconnected."

ABC Action News tried to reach him as well trying several different numbers, but had no luck. We also reached out to Code Enforcement officials who say they will be investigating the apartment later this week.

"I’ve been looking at apartments and we can’t do anything with money tied up in escrow," Jeffreys said.

As a hard working single mom, Jeffreys' hands are tied. So we reached out to United Way of Hernando County and St. Vincent de Paul, a non-profit in Spring Hill that runs solely on volunteers and donations from the community. Both organizations are working together to help Jeffreys out with expenses in finding a new and safe place for her and her son to live.

"They’re going to help me with Christmas and everything," Jeffreys said.