Hernando County teen accepted to 51 colleges, with full rides offered at almost all 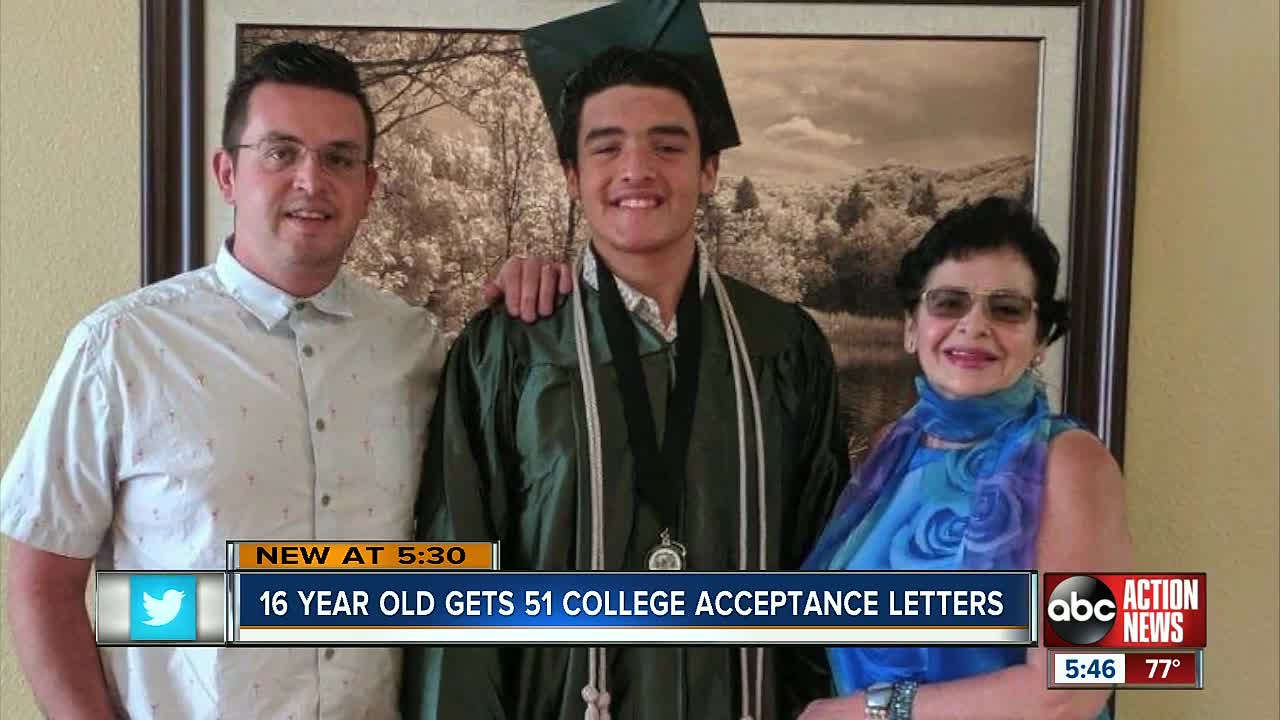 Antonio Cancelli got into so many colleges the acceptance letters fill a garbage bag. 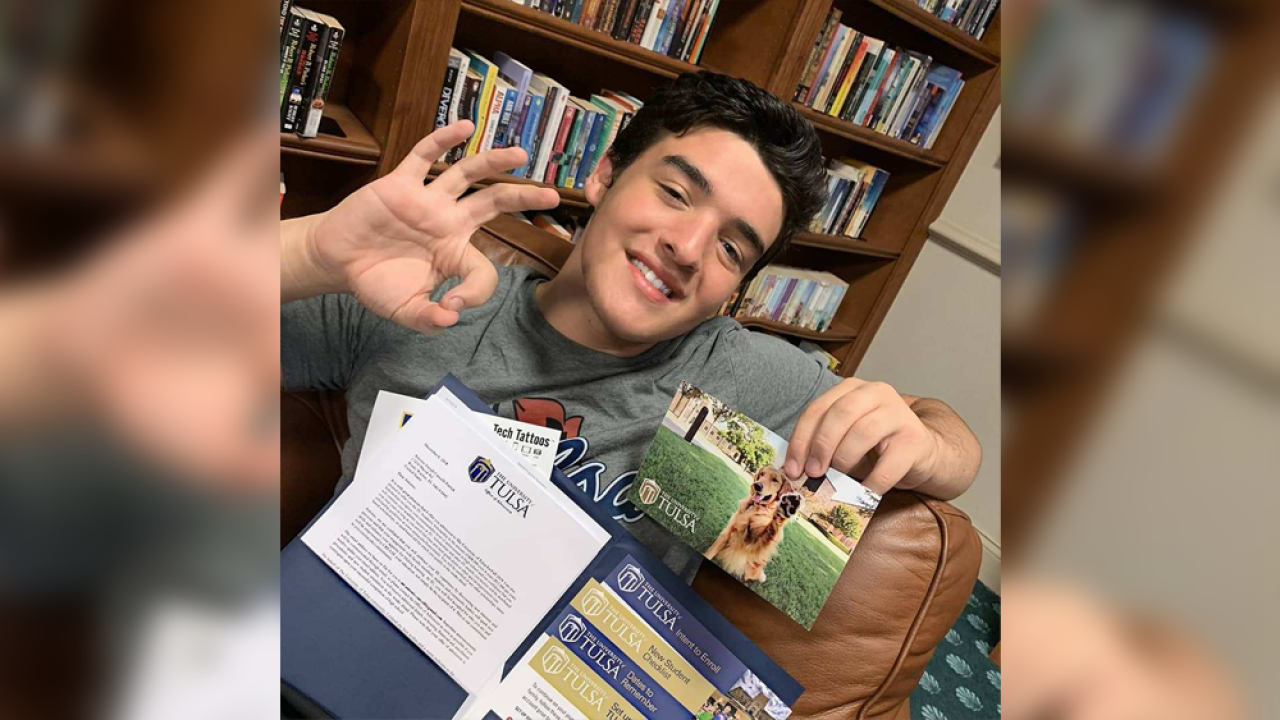 WEEKI WACHEE, Fla. — Antonio Cancelli got into so many colleges the acceptance letters fill a garbage bag.

Antonio was just 16 when he graduated from Weeki Wachee High School. His goal was to become the first in his family to go to college.

“I just wanted to break the statistic and try to aim for something higher in life.”

Raised by a single mother, he says paying for college is going to be tough.

“That’s one of the reasons I wanted to graduate early, just to take less burden off of her.”

So Antonio applied to every college he could, spending months writing all those essays and pushing for every scholarship available.

He ended up getting accepted to 51 schools, with all but one offering a full ride.

Picking one wasn’t easy, but Antonio is leaving Florida for the University of Tulsa.

“They were just so hopeful. To most of the colleges, I was just another number.”

At Tulsa, Antonio not only is getting a full scholarship, but he’ll get the chance to study aboard this summer in Panama, Tokyo and Hong Kong.

He plans to major in engineering and Chinese but ultimately wants to be an oral surgeon.

As you can imagine, his hard-working mom is very proud.

“Yeah a lot. She’s ecstatic about everything.”

Antonio has so many scholarships and grants he’ll actually end up making $8,000 a year.