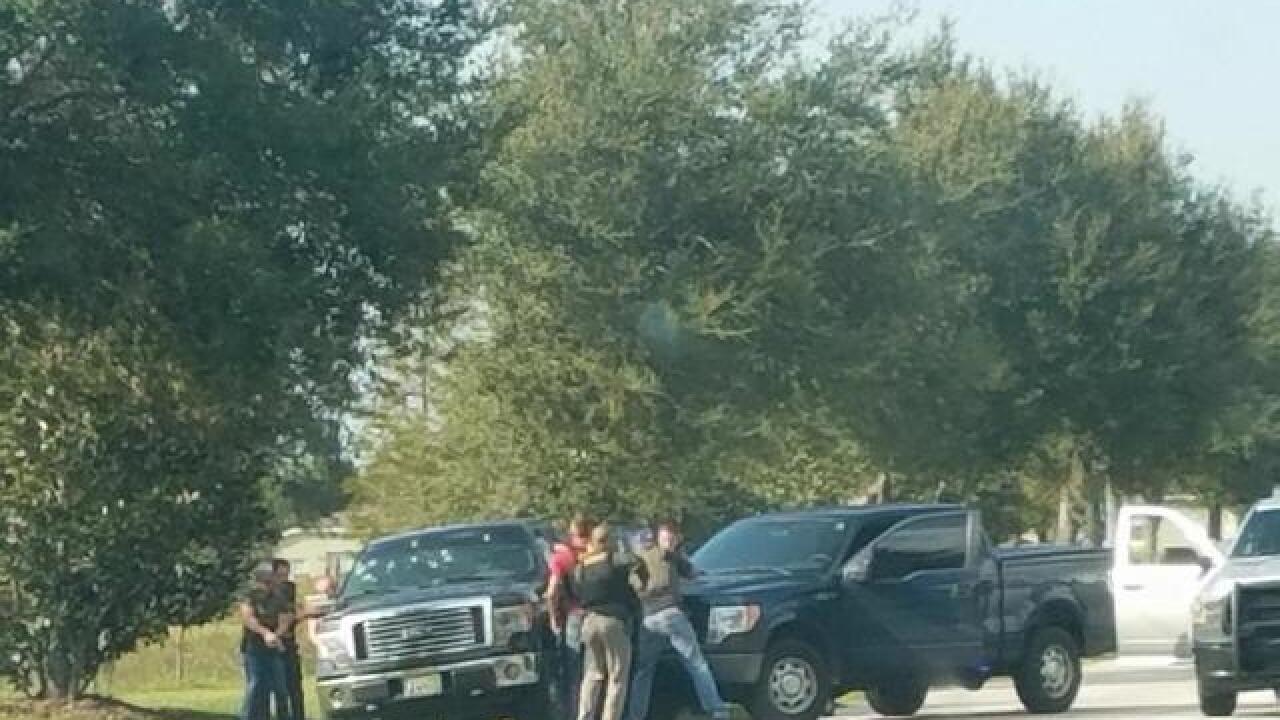 Hernando County Sheriff's Office is on scene of a fatal deputy-involved shooting on Trillium Blvd.

According to Hernando Sheriff Al Nienhuis, the suspect, who has not been identified, fired at least one round at the U.S. Marshals Task Force. The task force were assisting deputies in the arrest Anthony Wallace of Spring Hill, who was wanted for sexual battery of a child.

"This was a newly signed warrant," Nienhuis said. "Apparently, when they tried to make contact with him a short chase ensued, in a vehicle, (it) ended up here at the entrance to Trillium."

The suspect died along the side of the road after law enforcement returned fire.