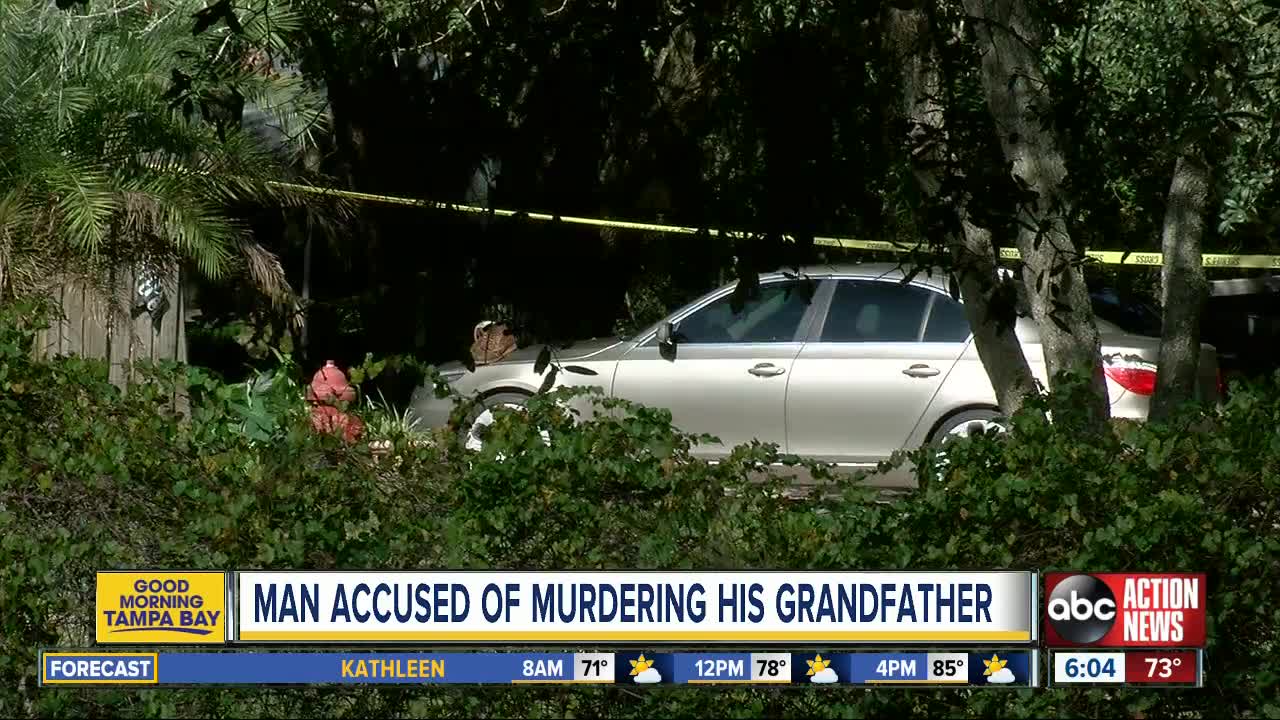 The Hernando County Sheriff's Office says a 20-year-old man is facing a murder charge after killing his grandfather on Thursday morning. 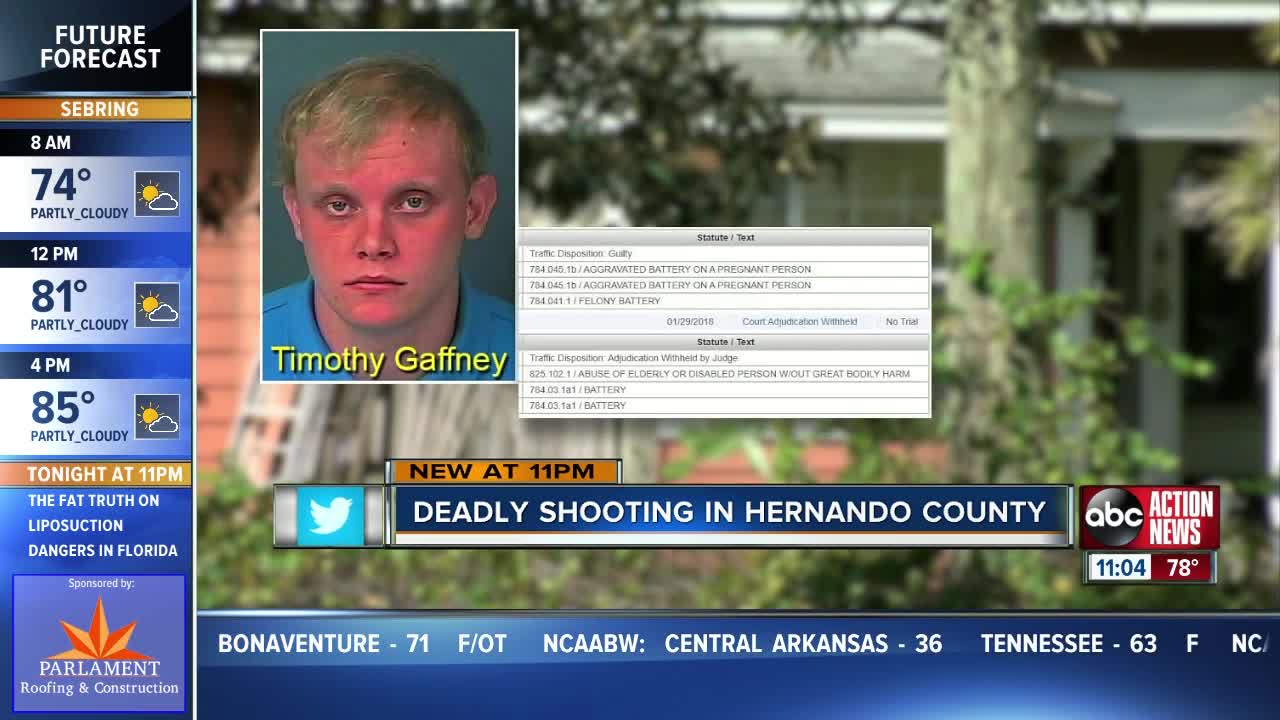 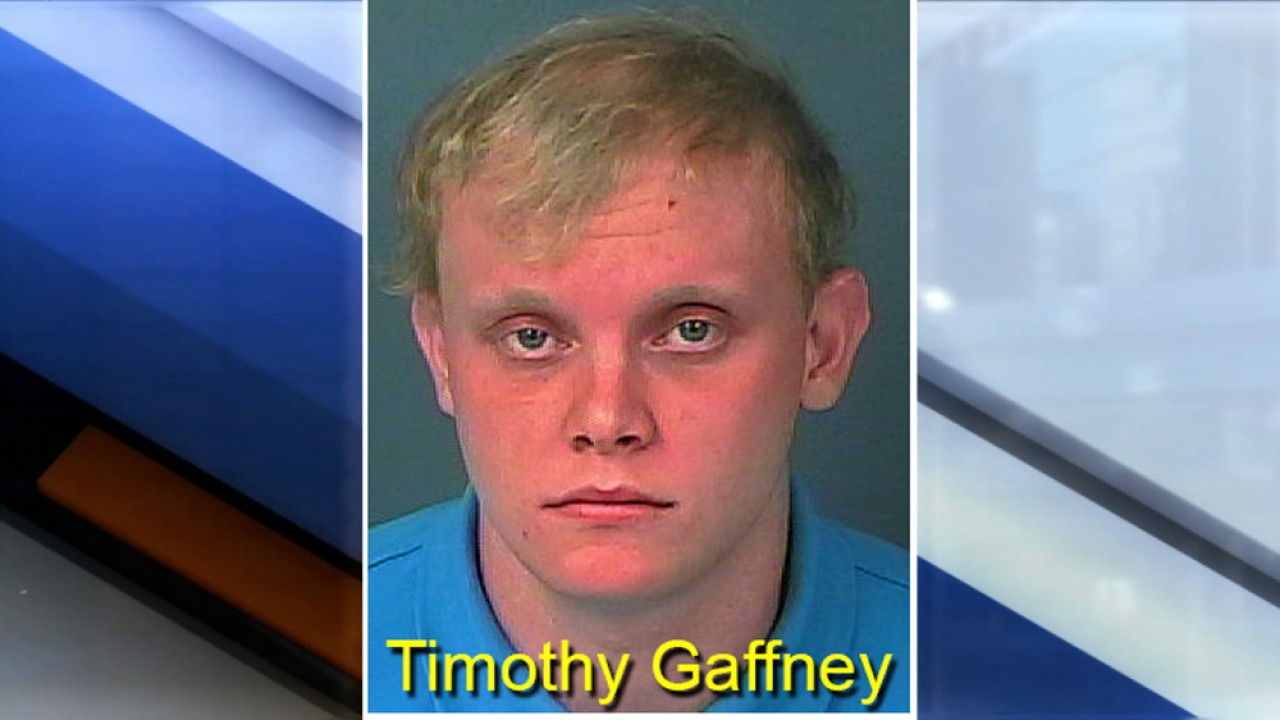 Investigators say Dana Gaffney Sr., 57, was taken to a nearby trauma center where he died.

The sheriff's office says his grandson, Timothy Gaffney, 20, is now facing charge of second-degree murder with a firearm, aggravated assault with a firearm and possession of a firearm by a felon.

Officials say the shooting call came in around 8:15 a.m. in the area of Ridge Manor.

"We were actually on an initial call of somebody else yelling for help and banging on doors at another house nearby," said Hernando County Sheriff Al Nienhuis.

Before they could arrive, deputies soon learned about the shooting on Wheystone Drive.

"We very quickly started a manhunt here for, initially we thought there were two individuals," Nienhuis said.

He says they narrowed that to one person of interest. Less than two hours later, a Sumter County Deputy spotted someone matching the description.

"Sure enough he did run, gave a little bit of resistance, but he was taken into custody," Nienhuis said.

He says a deputy reported the subject had a gun but they saw him drop it before they caught up to him. Following a short foot chase, deputies apprehended him a not far from where the shooting occurred.

The sheriff's office reported visiting the residence nearly 20 times since 2011 for various calls for service.

Officals said detectives were still interviewing Gaffney Thursday evening and anticipated taking him to the Hernando County Detection Center after where they say he will be held without bond.

Sheila Anderson identified herself as the daughter of Dana Gaffney Sr.

Anderson called deputies last year to report Timothy Gaffney attacking her father and her while she was pregnant. Timothy Gaffney was convicted on aggravated battery on a pregnant person, felony battery, and abuse of elderly or disabled person.

"We knew that it was coming, we knew," said Anderson. "We’ve looked for ways to get this kid out of my dad’s house . We’ve tried to talk to my dad and tell him that he’s going to hurt you, you’ve got to get help. We took him to get help, we put him in prison. And he still ends up back here. And this is the result."