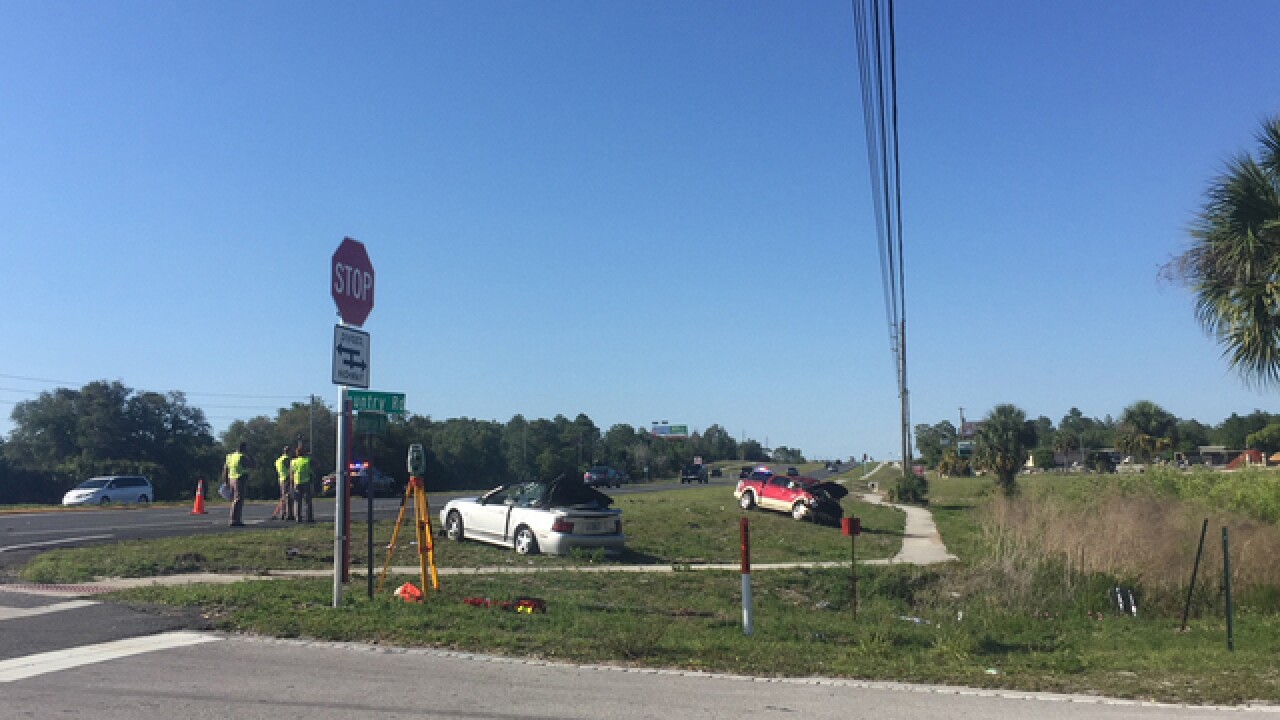 According to FHP, a 17-year-old Brooksville teen was driving a 2001 Mustang southbound on US-19 around 3:33 p.m. on Wednesday. A 16-year-old Weeki Wachee teen was in the passenger seat. At that time, a 60-year-old man in a pickup truck was traveling northbound on US-19 in the outside lane.

Motor Vehicle Crash with Road Obstruction
Commercial Way and Osceloa Drive (North of 50)
Intersection could be CLOSED for an extended time.
Please use an alternate route or expect delays until the roadway can be cleared (usually about 30 – 45 minutes). pic.twitter.com/4j9UjaVH4P

The driver of the Mustang attempted to turn left onto Country Road and entered the path of the truck, according to FPH. As a result, the truck hit the right side of the Mustang, killing Seth Leathers.

"I can't believe that happened to my friend," said Caleb White.

White grew up with Leathers and tells ABC Action News he can't believe his longtime basketball teammate is gone.

"For a moment he's here and I'm laughing in third period with him and then, he's gone," said White. "Not able to see him again."

Garret Herman, the 17-year-old driver of the Mustang, is currently in critical condition at St. Joseph's Hospital.

The driver of the pickup truck was not injured, according to FHP.

Both of the teens involved are students from Weeki Wachee High School, the school district tells ABC Action News.