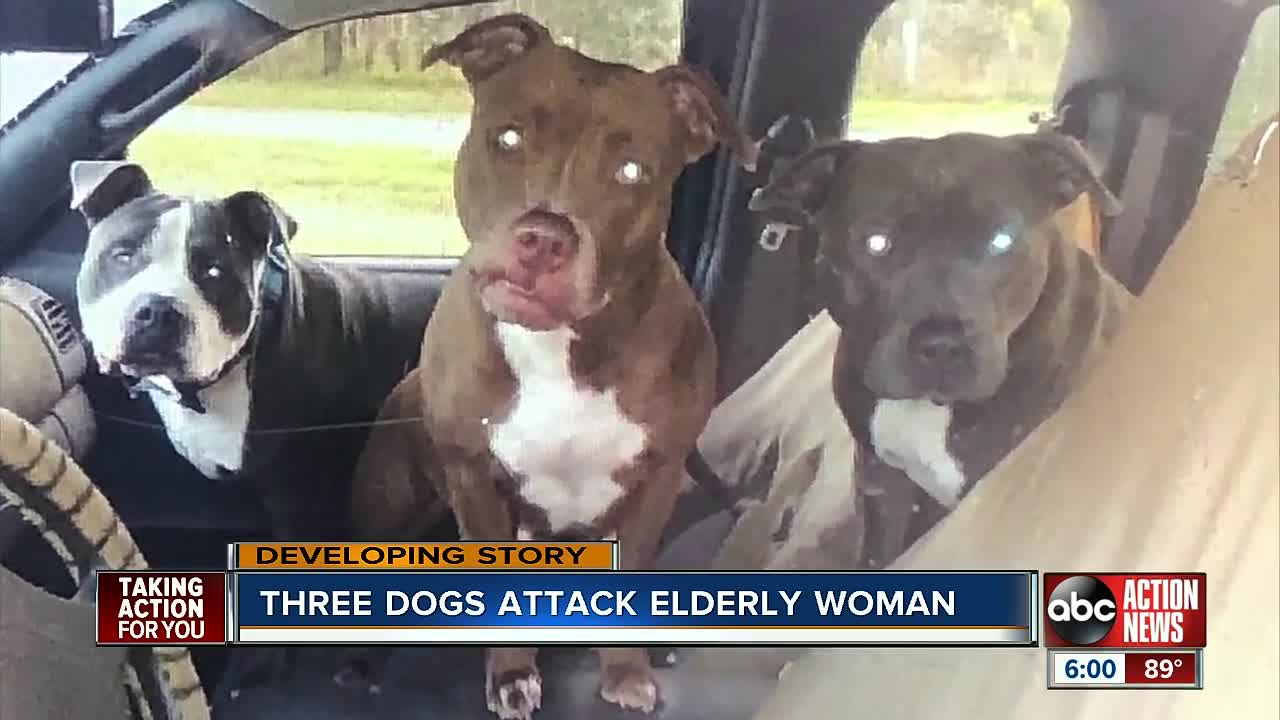 An elderly woman was rushed to the hospital after being attacked by three dogs, Hernando County deputies say. 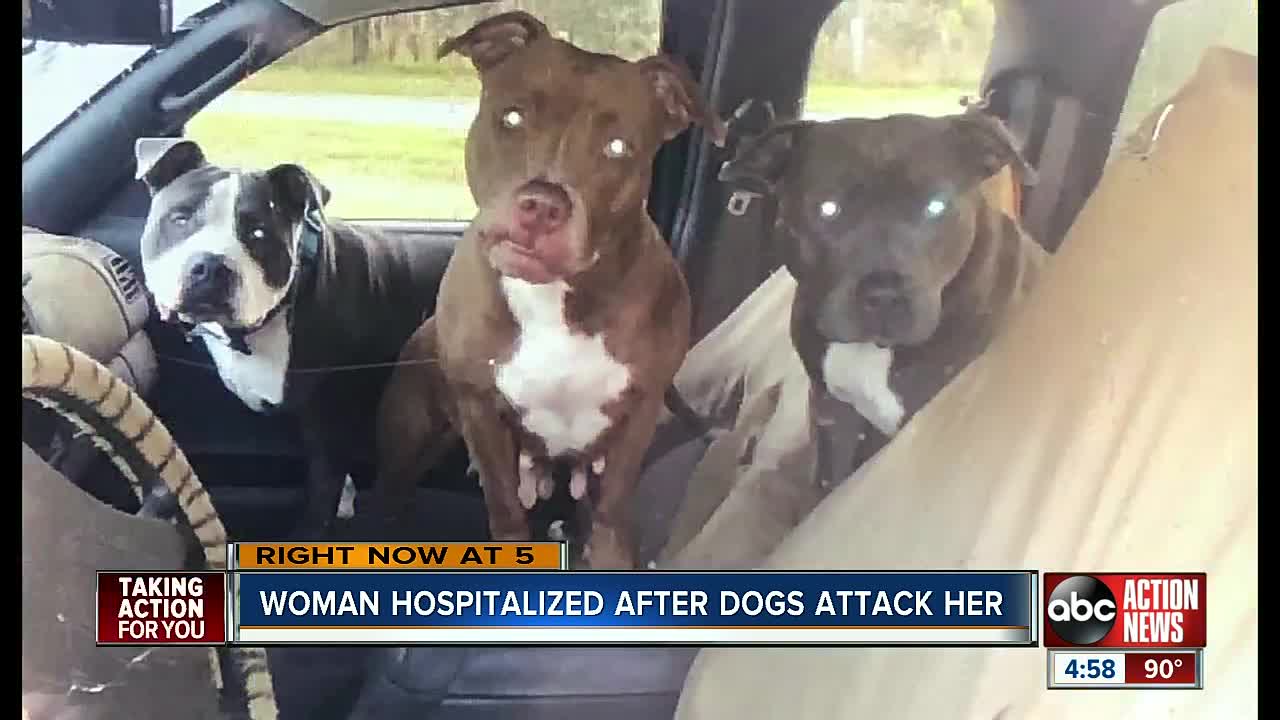 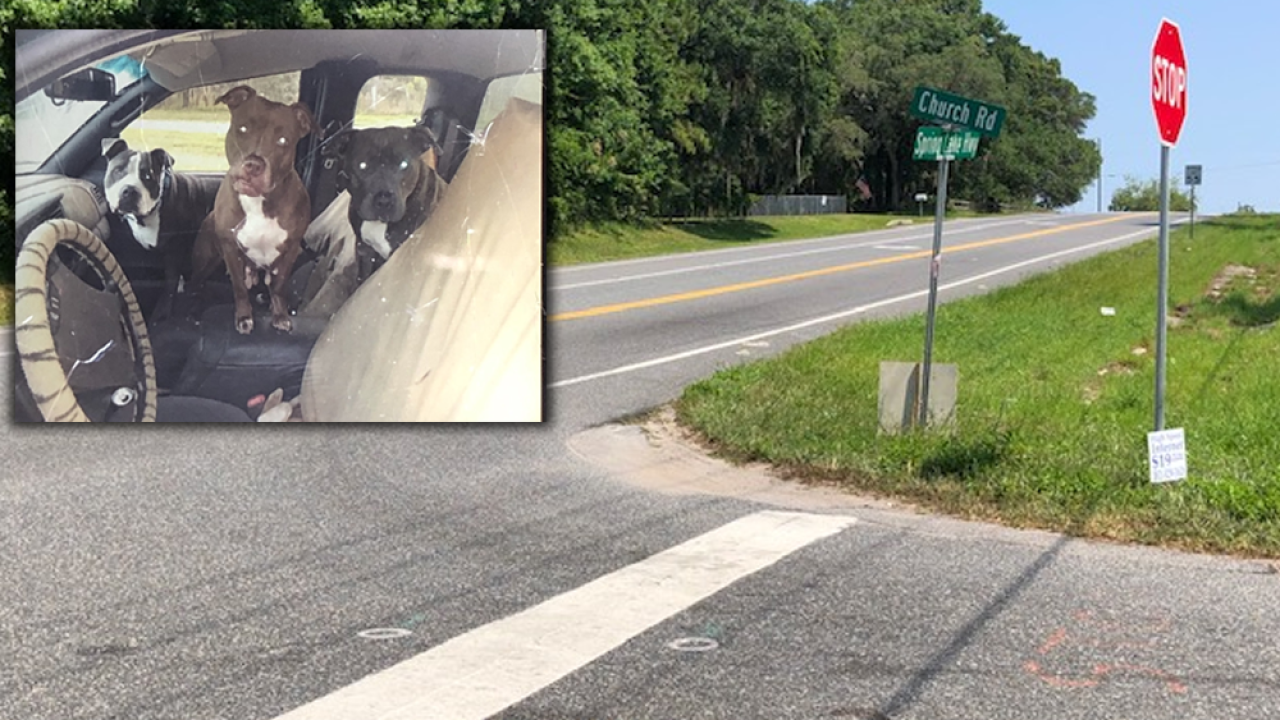 HERNANDO COUNTY, Fla. — An elderly woman was rushed to the hospital after being attacked by three dogs, Hernando County deputies say.

A call was received just after 7:30 a.m. Monday that an elderly woman had just been attacked by dogs. Hernando County Fire Rescue, a patrol deputy and an animal enforcement officer were sent to the scene.

The caller had put the woman in a pickup truck and was waiting along Spring Lake Highway for emergency crews to arrive.

The woman was suffering from severe dog bites on both legs and the caller performed basic first aid.

The woman who was attacked was treated on scene by HCFR and then airlifted to a trauma center.

Deputies say she had been walking on Spring Lake Highway when the dogs attacked. When deputies and animal enforcement arrived and tried to get the dogs, at least one of them attempted to attack the officers.

Bean bag rounds were used to subdue the dogs. They were taken to Hernando County Animal Services.

“I see her walking everyday," said neighbor Yvonne Woods. "Now, that really hurts me to know that she got attacked like that. But I will be praying for her for a speedy recovery because it could have been me or some of my family.”

"I couldn't believe it because they were so good with people," said Hughes. "I love my babies."

Hughes tells ABC Action News, he's raised the three pit bulls since they were pups. He says one of the dogs chewed a hole through a door, allowing all three to escape Monday morning.

Hughes surrendered all three dogs for euthanasia, as he believes they are too aggressive and does not want them back. Deputies say all three dogs are licensed and current on all shots.

JUST IN: owner of three pit bulls tells me he is heartbroken over this morning’s attack. Ralph Hughes gave dogs up to be put down. Says he’s praying for the victim. @abcactionnews pic.twitter.com/kQBifvHPta