An increase in 'smash and grab' thefts at parks and gyms across the state has law enforcement warning you to hide your valuables.

HERNANDO COUNTY, Fla. — An increase in 'smash and grab' thefts at parks and gyms across the state has law enforcement warning you to hide your valuables.

All it takes is a glance and a couple of seconds.

"They smash the window, grab what they want, get in their car, move to the next location, smash and grab and they’re out of here in 2-3 minutes," said Detective Tom Cameron from the Hernando County Sheriff's Office.

Detectives say four minutes is all it took for a group of thieves to break into five cars at this Fitness Live 24 on Cortez in Brooksville. A half-hour earlier seven cars were broken into at Ernie Weaver Youth Park while people played softball. And detectives say this is happening all over Florida. 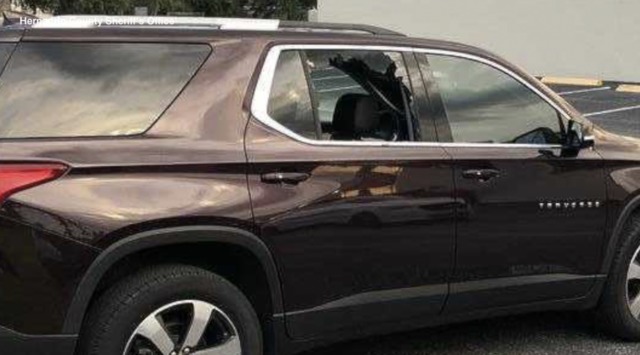 "Law enforcement statewide are aware of this trend, and as we arrest one or two people, two or three pop back up," said Cameron.

Detectives say the easiest way to avoid paying the price of a broken window and stolen valuables, is to hide bags and purses in the trunk, under the seat, or take it with you.

Detectives say your best bet is to not leave anything in your car so it won’t be a target. If you just leave it, they say to hide it before you get to your destination, so you don't draw attention to yourself in case thieves are watching.