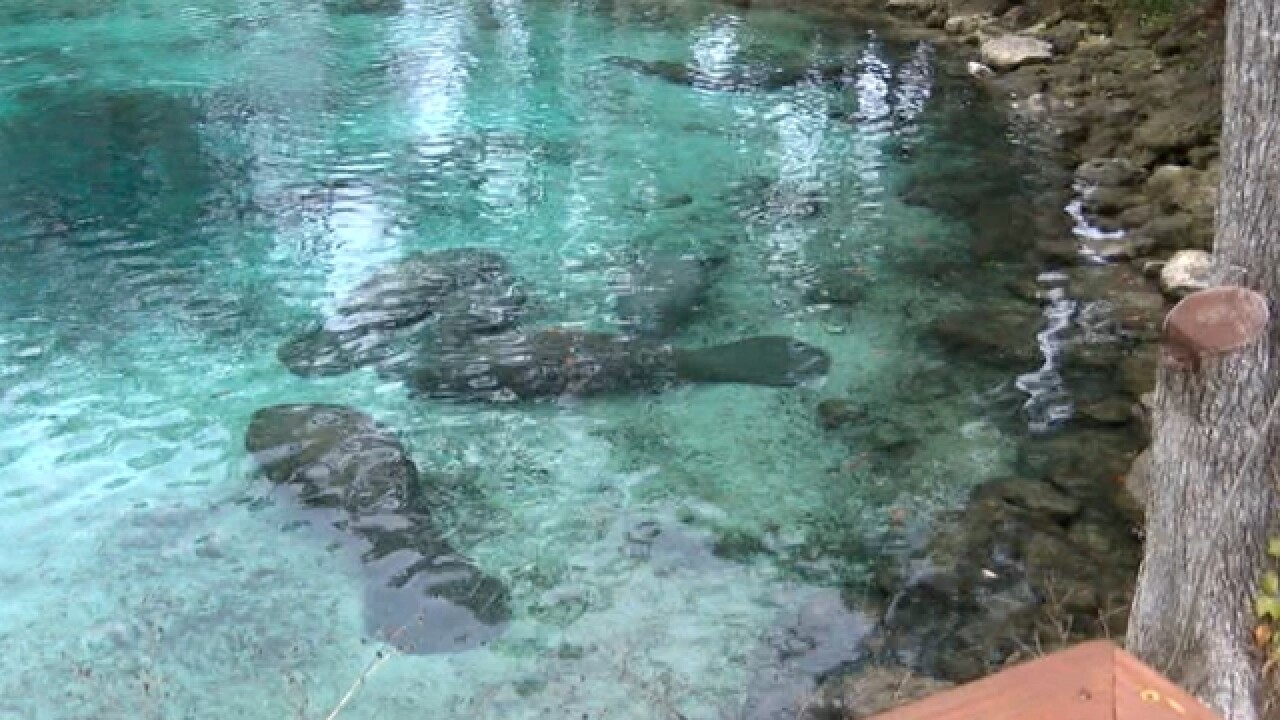 CRYSTAL RIVER, Fla. — Thousands of people are visiting Crystal River every day to not only see manatees but swim near them.

"It is a once-in-a-lifetime experience for sure,” said Paul Cross, the Director of the Plantation on Crystal River Adventure Center.

Cross sees the interactions everyday when he takes folks out on snorkel tours. He says manatees are naturally curious of people.

"This is something that the manatees want, and they are looking for it, if we're doing the right thing,” Cross said.

Things Cross instructs visitors on things to do around manatees include getting into the water calmly. staying quiet while observing them from a good distance and not splashing waves at the mammals.

Crystal River city officials understand the value of that interaction but say Kings Bay is getting crowded with people lacking the proper education on how to be around manatees.

"It’s more about cornering manatees, about chasing them, about them never being able to get away if they're at the end of the canal,” said David Burnell, the Crystal River City Manager.

Harassing manatees is illegal in the State of Florida. It is one reason the city, the Florida Fish and Wildlife Conservation Commission and wildlife groups are coming together to try and figure out how to make the experience better for everyone, including the manatees.

"You can still swim with the manatees but you would avoid touching them. Incidental contact does happen and I think that’s what a lot of people worry about,” said Burnell.

Cross says he stands beside the city is coming up with ways to protect the manatees, but says he isn't sure that will solve the root of the problem.

"I’m a believer that if you follow the rules and regulations and you do the passive observation, that takes care of itself,” Cross said.

He says education is key, and the city agrees. There are plenty of articles and videos on FWC’s manatee page to help educate people on how to interact wth manatees and why some things may be considered harassment..

The city plans on continuing the conversation and says nothing is being decided on yet.