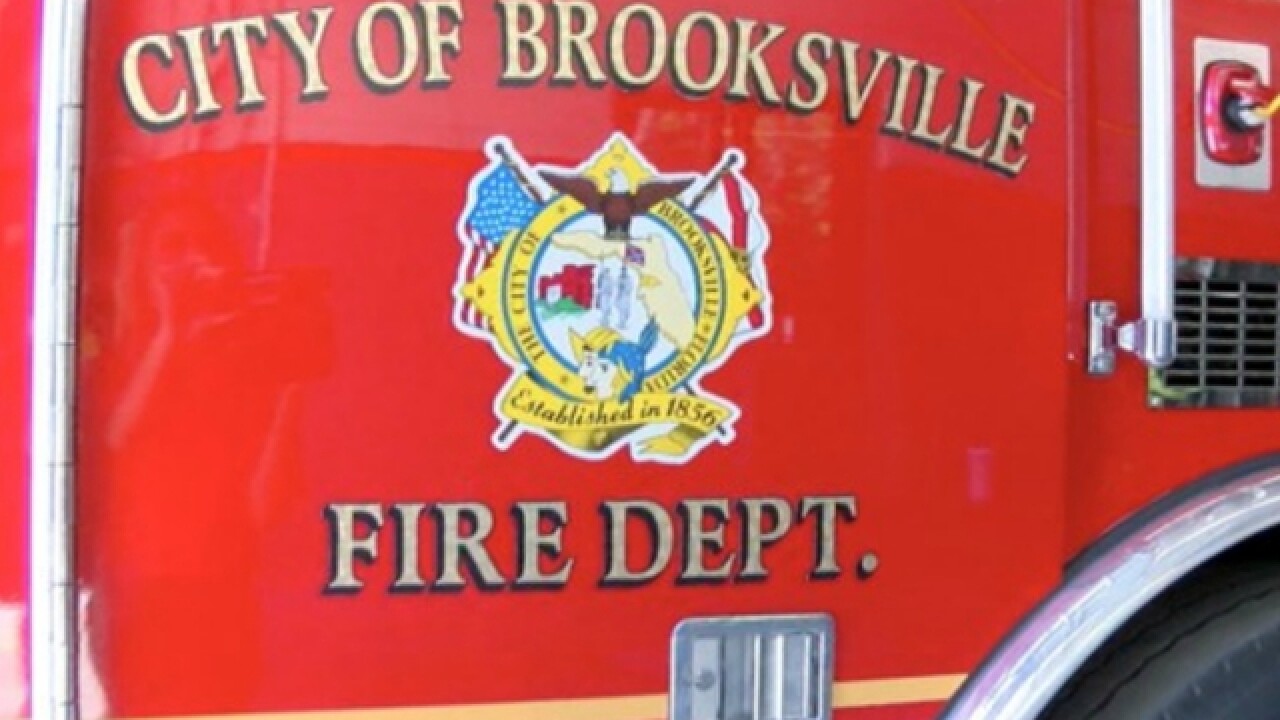 BROOKSVILLE, Fla. — On Monday, Brooksville City Council voted to start negotiations for the Hernando County Sheriff’s Office to take over law enforcement in the city. Now residents wonder if the same will happen with the Brooksville Fire, and a big concern is response time.

"The fire department has to get there quick," said Brooksville resident Chris Giera.

"Being right here in the middle of the city definitely gives us an advantage because we’re right in the mix," said Captain Herlihy.

This week the city of Brooksville voted to likely disband their police department, now the future of the fire department is on the line.

"We get about 14 calls a shift and they vary from someone fell down and can’t get up, to multi-alarm structure fires," said Brooksville Fire Captain Nick Herlihy.

The 19 firefighters including the chief cost the city more than $1.7 million a year to operate.

One big issue is that Brooksville firefighters are only certified in B.L.S, Basic Life Support, and not Advanced Life Support like the Hernando County fire crew that shares their station; the difference of being able to preform CPR and actually being a medic in the field.

"They need to go A.L.S. certified, that's up to the city to get that ball rolling," said Giera.

Giera is a veteran firefighter of 25 years and supports keeping the fire department, but says they need to be medics, especially since 70 percent of the calls are medical emergencies.

"If the county takes over and they use that unit somewhere else, now our city is uncovered. Time is of the essence because you're dealing with really important health issues," said Giera.

On Monday, March 12, city council will have a workshop at 5:30 p.m. to discuss the future of the Brooksville Fire department, the city's second biggest expense.