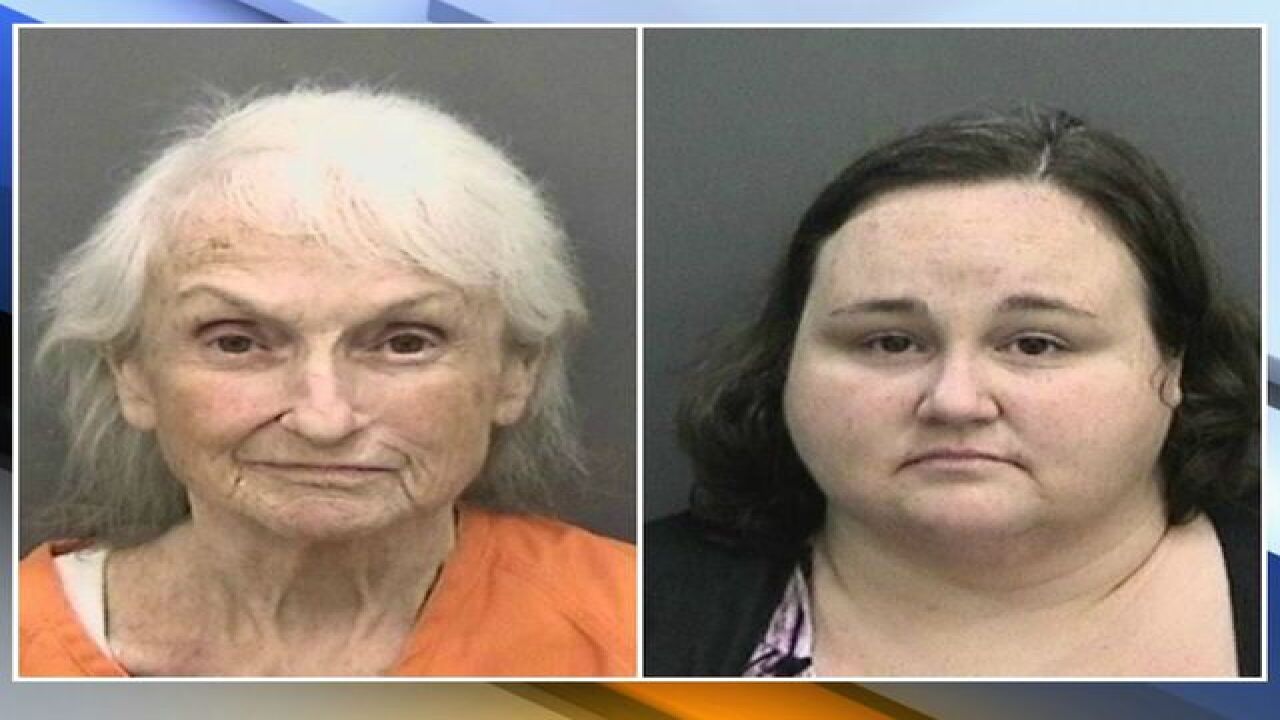 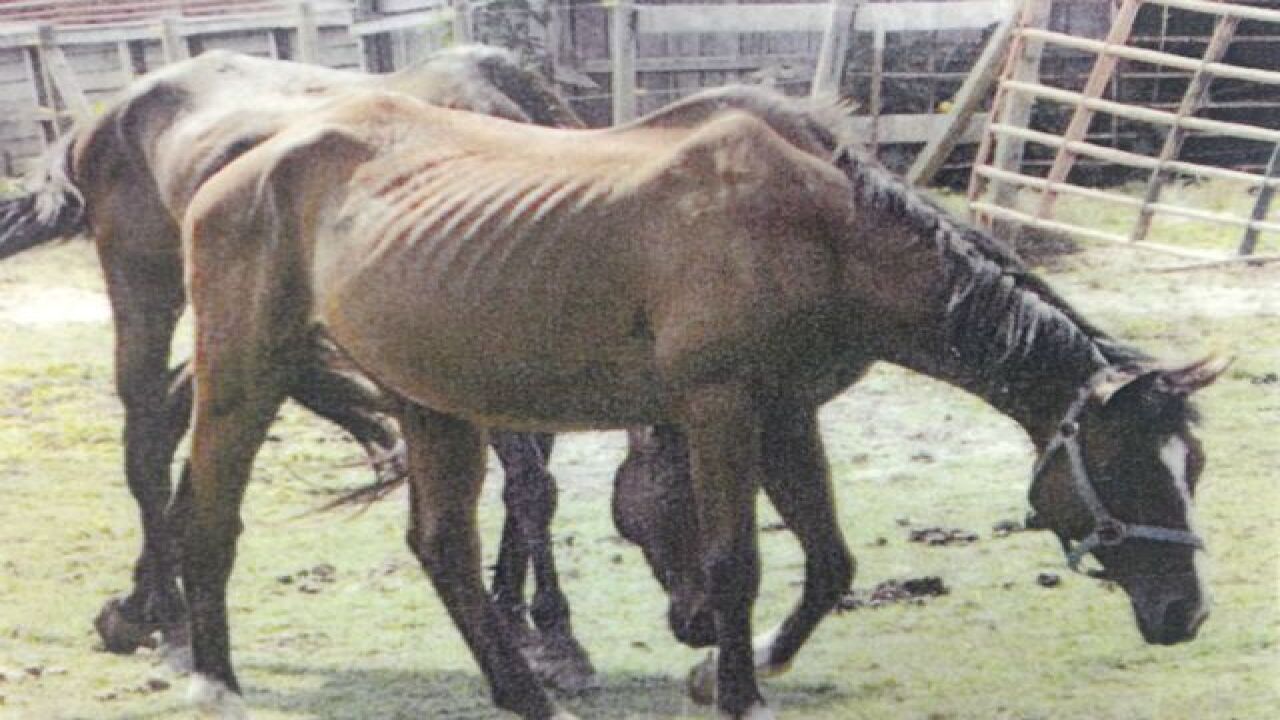 By: WFTS Webteam, Jacqueline Ingles
Posted at 5:40 PM, Sep 09, 2015
Citrus County deputies have uncovered a gruesome and expansive animal cruelty case involving a mother and daughter who scammed people out of thousands of dollars while starving horses, rabbits, cats and dogs, according to law enforcement.
Nancy Freeman, 74, and her daughter, Katherine Freeman-Nygaard, 41, who went by several different aliases, took money from people across four states before law enforcement discovered a horrific scene at their Floral City rental home in July, according to the Citrus County Sheriff’s Office.

Watch video of deputies discussing the case in the player above

They found a dead horse decaying in a stall; several starving rabbits, five of them dead; and a tote holding the remains of what deputies described as “liquefied dogs.”

"For about ten years, these two women have rented a property, put animals on the property," explained Heather Yates with the Citrus County Sheriff's Office.

"At some point they have either been unable to care for the animals or have quit caring for the animals and right when everything kind of starts to exploded they leave in the middle of the night."

Deputies rescued four horses, five rabbits, eight goats, four severely emaciated dogs, 13 cats and a turtle from inside the home at 8424 E. Haines Court. They say the horses and goat were surviving solely on rain water.
Almost all the animals have since been adopted.
The deputies had gone to the home to check on the Freemans after a company that cremated one of their dogs couldn’t get in touch with them to deliver the remains, according to law enforcement. The Freemans weren’t at the home when they found the animals.
Deputies had difficulty finding the Freemans given their multiple aliases, but neighbors told them to check Moffitt Cancer Center because Nancy Freeman had cancer, according to the Sheriff’s Office. In the course of the investigation, a Woodford County, Kentucky, resident contacted law enforcement saying she’d fallen victim to the mother and daughter. She told deputies she’d created a private Facebook page for people who’d been victimized by them.
"My father, when he rented it out, she [Nancy] said she was a cancer survivor," explained Greg Jarmon, the homeowner's son.  "She made the claim about being the widow of a vet so my father took pity and wanted to help them out."
Freeman was not a military widow and has seen a military sticker on the homeowner's car and changed her story to get sympathy, deputies said.
Deputies said the mother and daughter took money for feed, veterinary work and supplies, among other goods and services.
“There were people coming out of the woodwork who had been scammed out of thousands of dollars by the Freemans,” said Lora Peckham, supervisor of animal control.
Deputies said they discovered the Freemans had used Nancy Freeman’s illness as a ploy to scam people out of money.
The Freemans face charges of animal cruelty, neglect and grand theft.
"These women are con artists and in their wake they've left dozens of dead animals across the country," Peckham said.
One of the surviving horses was a retired thoroughbred race horse and a direct descendant of Secretariat and Seattle Slew, according to law enforcement.
"It's puzzling because why did they do it, we cant answer that," Peckham said.
The Jarmon family is now left with $30,000 in damage and doubt they will ever see a dime.
"We are not going to be able to recover anything from them, that's doubtful, but at he same time, what we saw, just the smell alone, we knew those animals were suffering, so it's nice to know they're being punished," Jarmon said.
HISTORY OF ANIMAL NEGLECT, ABUSE
2005--Fayette County, Kentucky
Investigation by deputies led them online where they located a Facebook page put together by victims of the mother and daughter.
They were able to determine the mother and daughter have had issues with authorities dating back to 2005.
Records provided by deputies show the duo were charged with animal neglect in Fayette County, Kentucky.  Nygaar was convicted and Freeman was acquitted.
Nygaard was sentenced to 90 days behind bars.
At the time, Freeman was a nursing professor at Murray State University.
Four dead animals were found on their rental property along with several others that were malnourished and dehydrated, records show.  There were also dead cats and dogs found on the property.
Another 18 horses were left on the 45-acre property under the care of the landowners.
Nygaard went on to settle a lawsuit against her preventing the sale of nine of her horses that were seized.
Scripps Only Content 2015