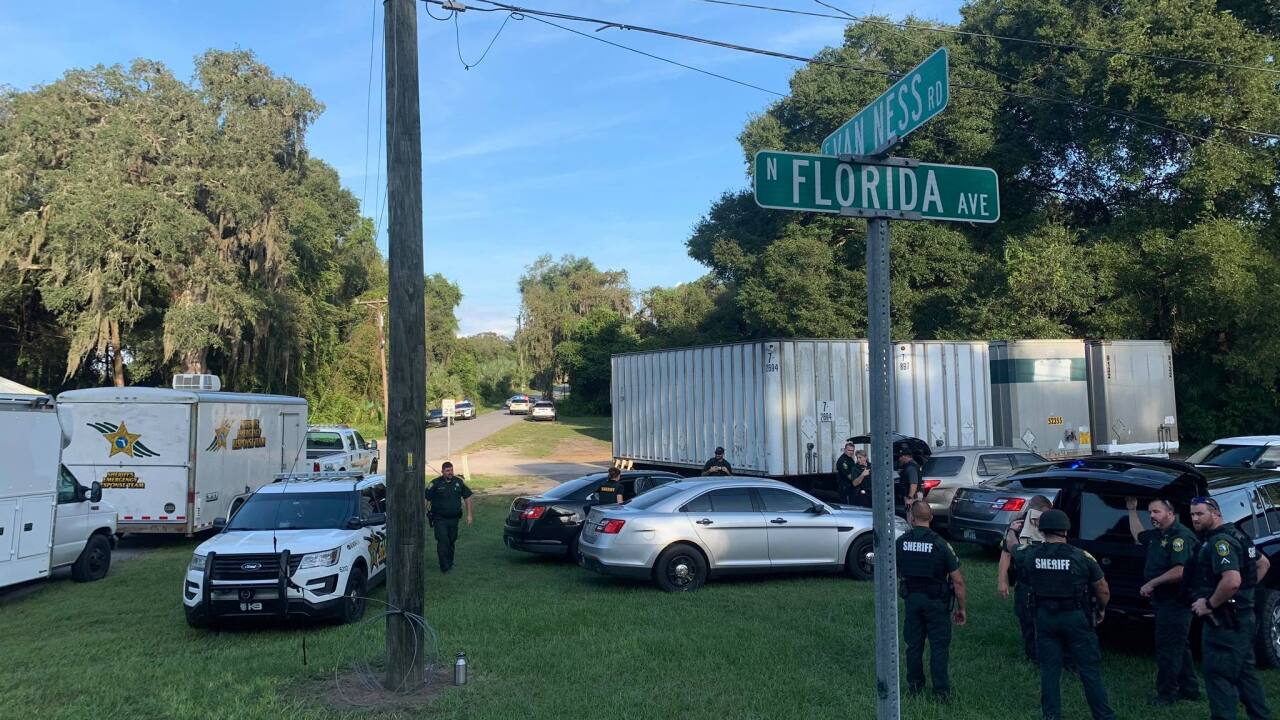 CITRUS COUNTY, Fla. — Citrus County officials rescued four victims after a suspect barricaded them inside a home on Saturday.

According to the Citrus County Sheriff's Office, around 4 p.m. deputies received reports of an armed suspect barricaded inside of a home with shots fired near the intersection of Highway 41 and Van Ness Road in Hernando.

Deputies responded and worked on how to safely remove four victims that were being held inside the home.

As the incident went on, the Citrus County Sheriff's Office Crisis Negotiation Team and SWAT team did safely rescue the four victims.

Members from the Sumter County Sheriff's Office also helped out in the rescue.

The victims then worked with officials to talk the suspect out of the home, the sheriff's office said.

After an hour of speaking with the suspect, officials said SWAT members were able to convince the suspect to lay down the weapon and surrender.

The suspect was taken into custody.

Officials said they found one victim dead inside the home.

"Members of the Citrus County Sheriff's Office specialty teams undergo extensive training year-round to ensure they are prepared for incidents such as this one," said Sheriff Mike Prendergast. "The tireless efforts of our patrol deputies, the SWAT team, the Crisis Negotiation Team, and our partners at the Sumter County Sheriff's Office saved the life of four innocent people today. Our thoughts and prayers go out to the family of the victim. Our detectives will continue to work diligently to bring them justice."

Detectives with the CCSO's Major Crimes Unit will continue to investigate the incident.