The high concentrations were observed 10 miles offshore of Pinellas County, the first 'high' concentration observation FWC has reported in the area. 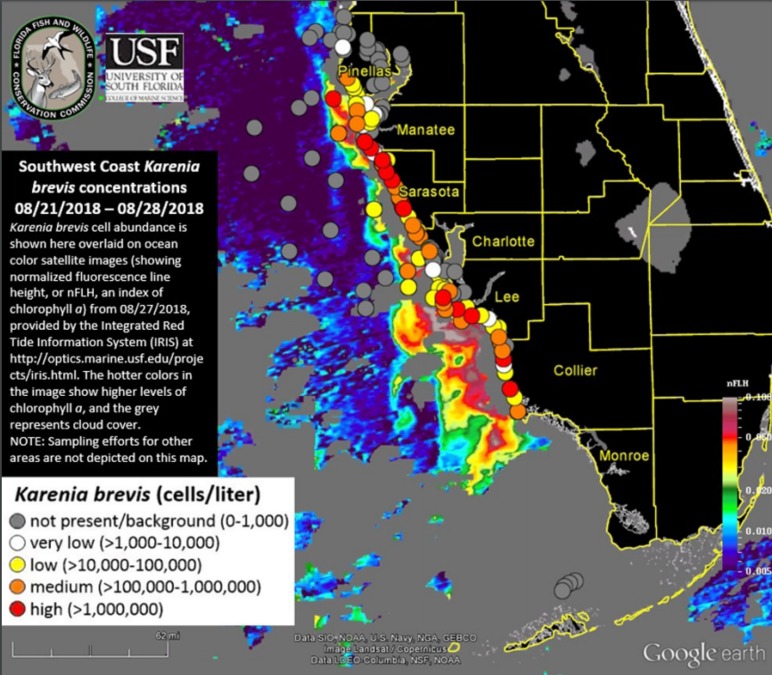 Respiratory irritation was also reported over the past week in those counties.

Forecasts predict net northwestern movement of surface waters and southeastern transport of subsurface waters over the next three days.