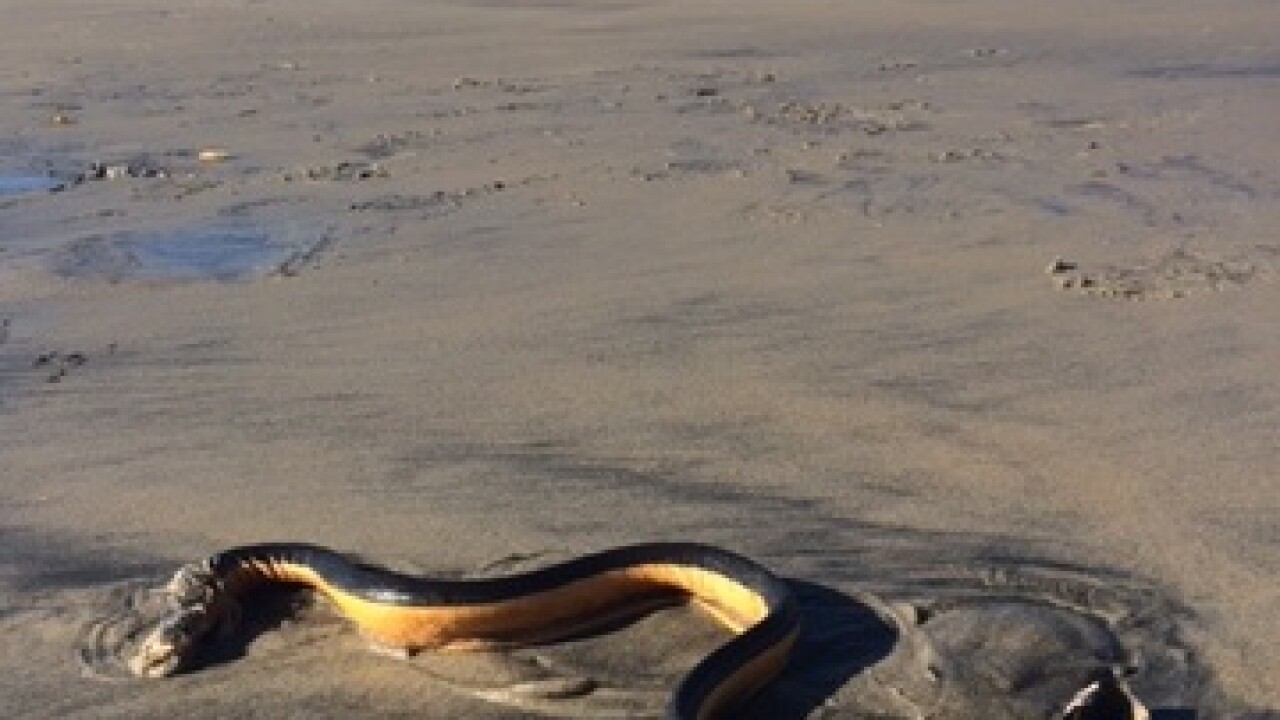 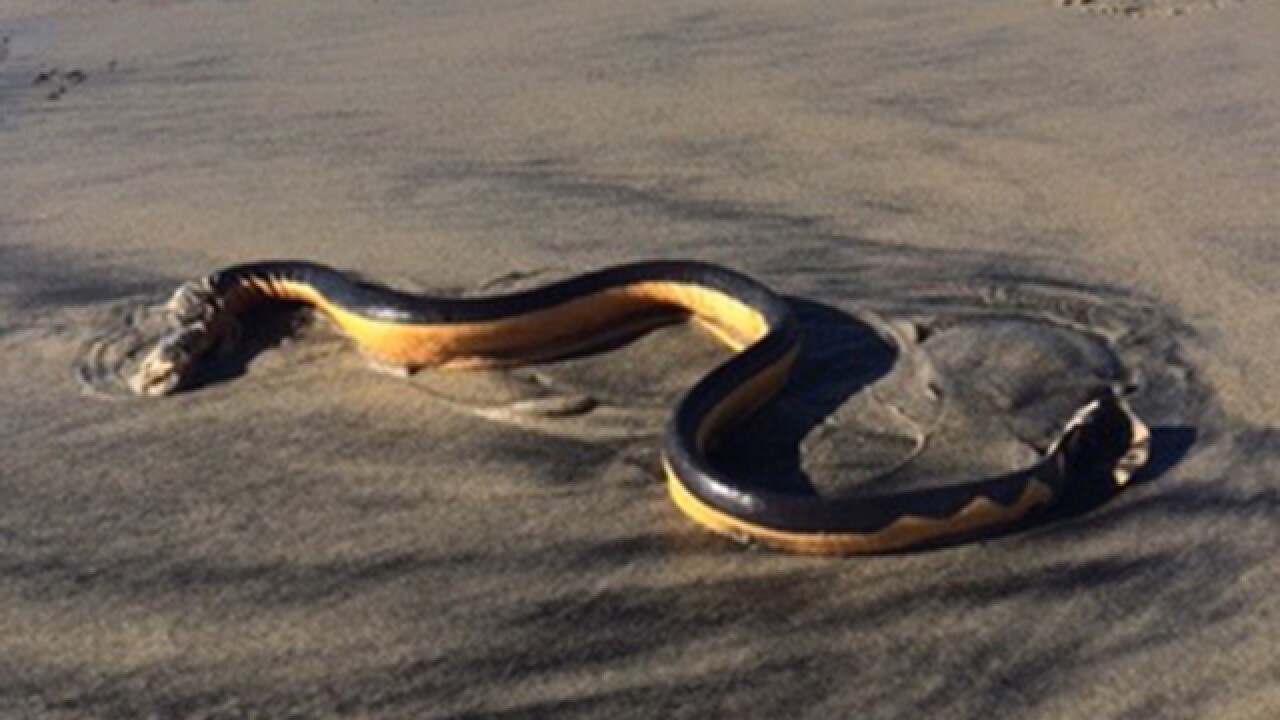 SAN DIEGO – A rare and highly venomous yellow belly sea snake was discovered in Coronado Tuesday.
The snake was found by a person walking on Coronado Beach, closer to Naval Air Station North Island.
Coronado Lifeguard Services had the snake as of Wednesday morning and were either going to transfer it to Scripps Institution of Oceanography or California Department of Fish and Wildlife.
This is the third known yellow belly sea snake to wash ashore in Southern California. According to the Daily Mail, in October, a two-foot-long yellow belly sea snake was found on Silver Strand State Beach in Ventura County. In December, a 27-inch snake was found in Huntington Beach.
Yellow belly sea snakes usually live around warm ocean waters, within a few miles of shore, according to CaliforniaHerps.com. Sightings in California are very rare. They are most commonly found on the coasts of Mexico, Africa, Asia, Australia and Central America.
They are not aggressive towards people, but if they do bite, their venom can be deadly.
Scripps Only Content 2015