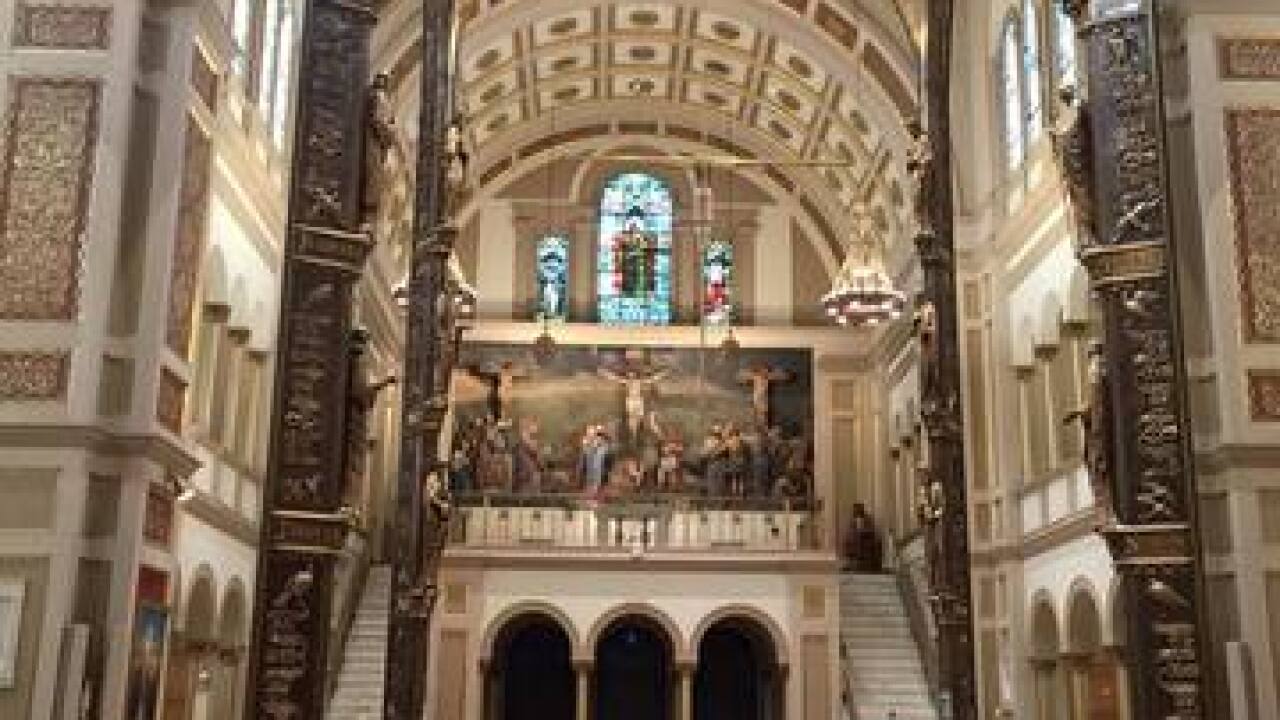 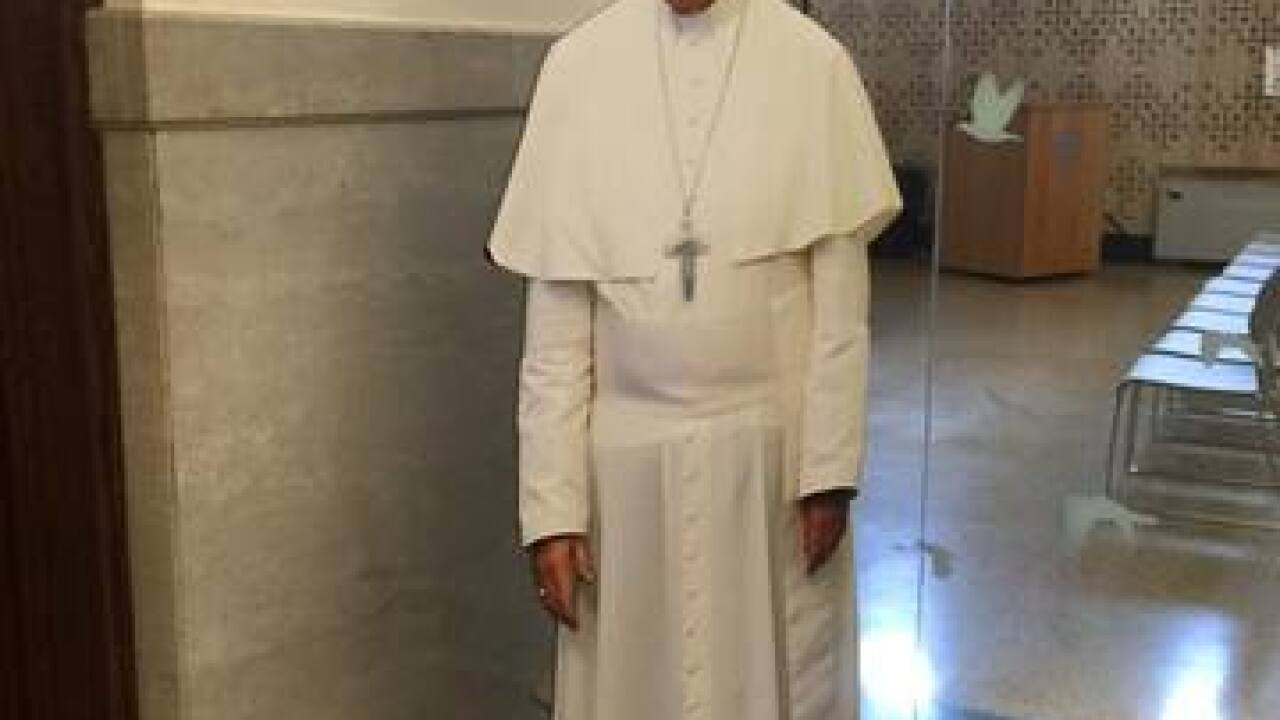 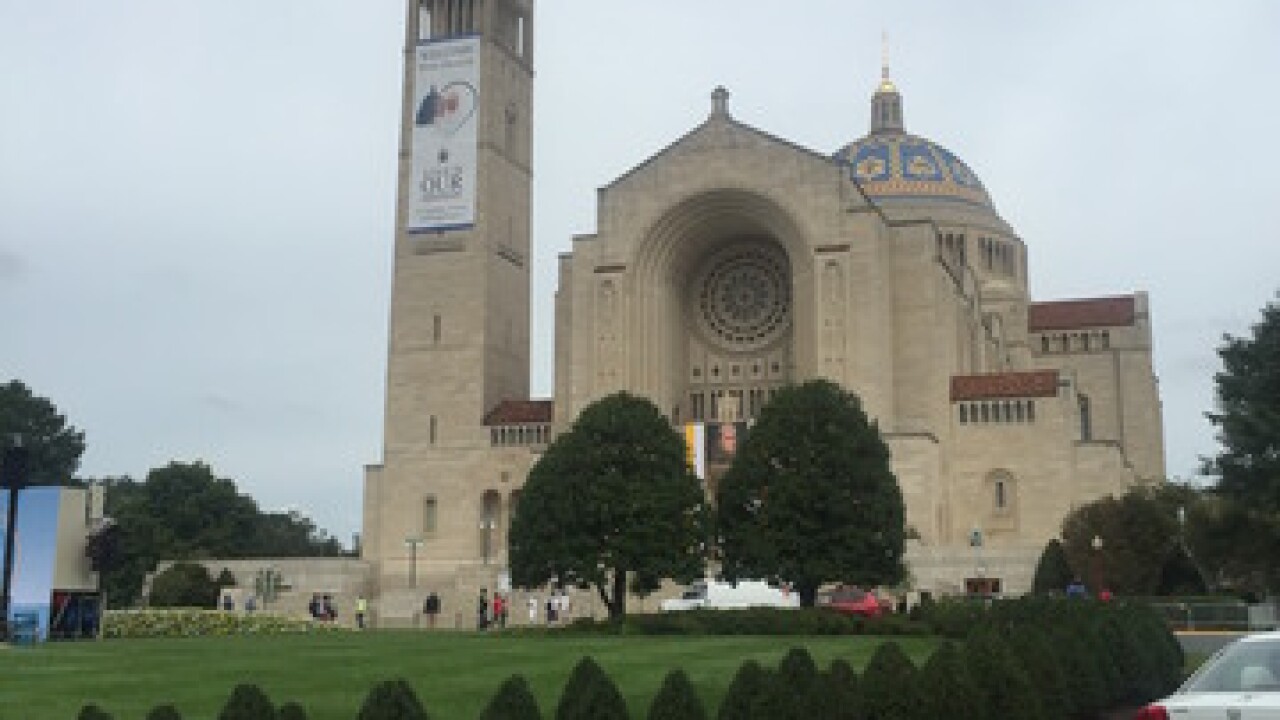 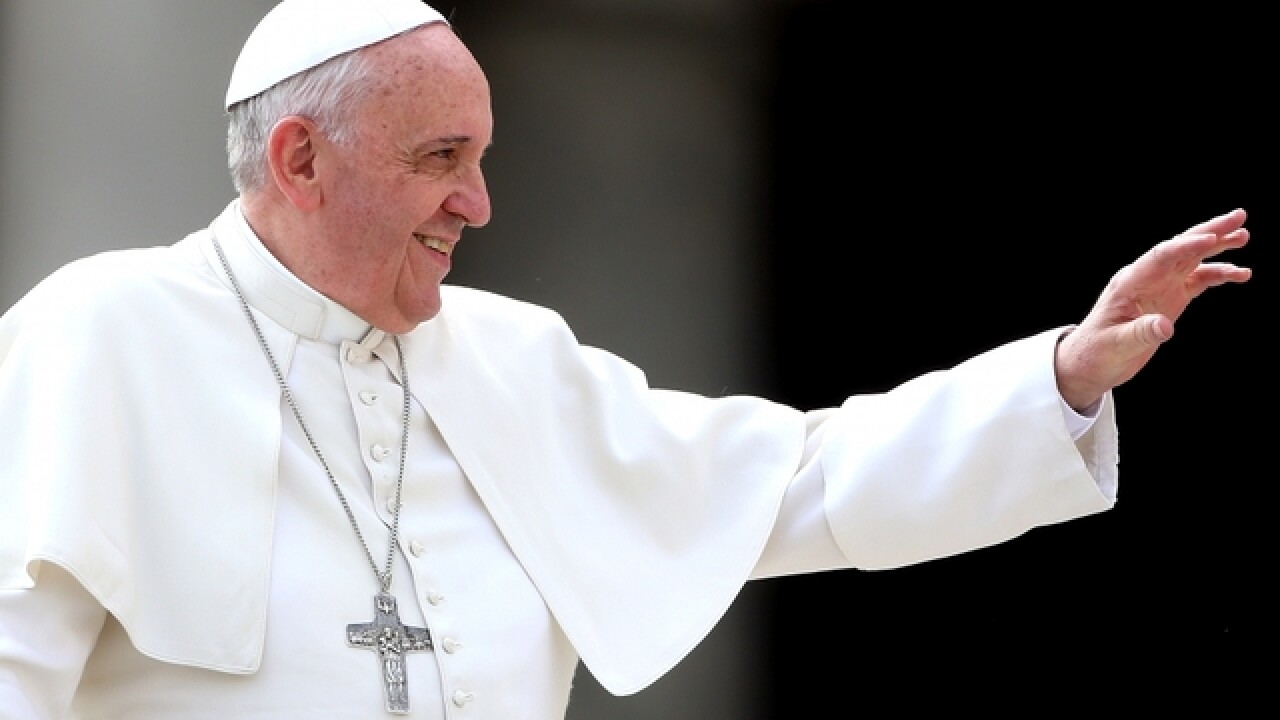 Pope Francis is now in the United States.  Washington, D.C. is his first stop of the U.S. tour and his first time in America.  While the trip holds a lot of firsts for the Pontiff, he will do it all in whirlwind style.
His schedule only allows for him to be in Washington, D.C. for 48 hours.  He landed around 4:00 p.m. EST at Joint Base Andrews in Maryland.  Wednesday, he is scheduled to meet with President Obama where the White House says they will talk about their similar ideologies of social acceptance of all people, regardless of religion.
After his meeting in the Oval Office, Pope Francis will parade down the National Mall in the Pope Mobile, where tens of thousands are expected to gather along the parade route.  Then it's on to offer midday prayers at St. Matthews Cathedral.
Then, the hottest ticket in town, mass at the Basilica of the National Shrine of the Immaculate Conception.  Pope Francis will hold a canonization ceremony in front of 25,000 ticket holders.  The first-ever canonization mass held in the United States.
That mass will be said in the Pope's native language, Spanish.  Five choirs made of 250 people as well as the 60-piece orchestra from the Catholic University of America will be on hand to serenade the lucky few who were able to get tickets.
Thursday, the Pope will become the first to address a joint session of Congress.  Reports are much of that conversation will be about climate change and how each of us have a social responsibility to slow the change.
Stay with ABC Action News throughout the week as our Laura Harris reports on Pope Francis's travels from D.C., to New York and then on to Philadelphia for his final stop before heading back to Rome.
Scripps Only Content 2015