The first 2020 primary election is Monday, but does winning Iowa really matter? 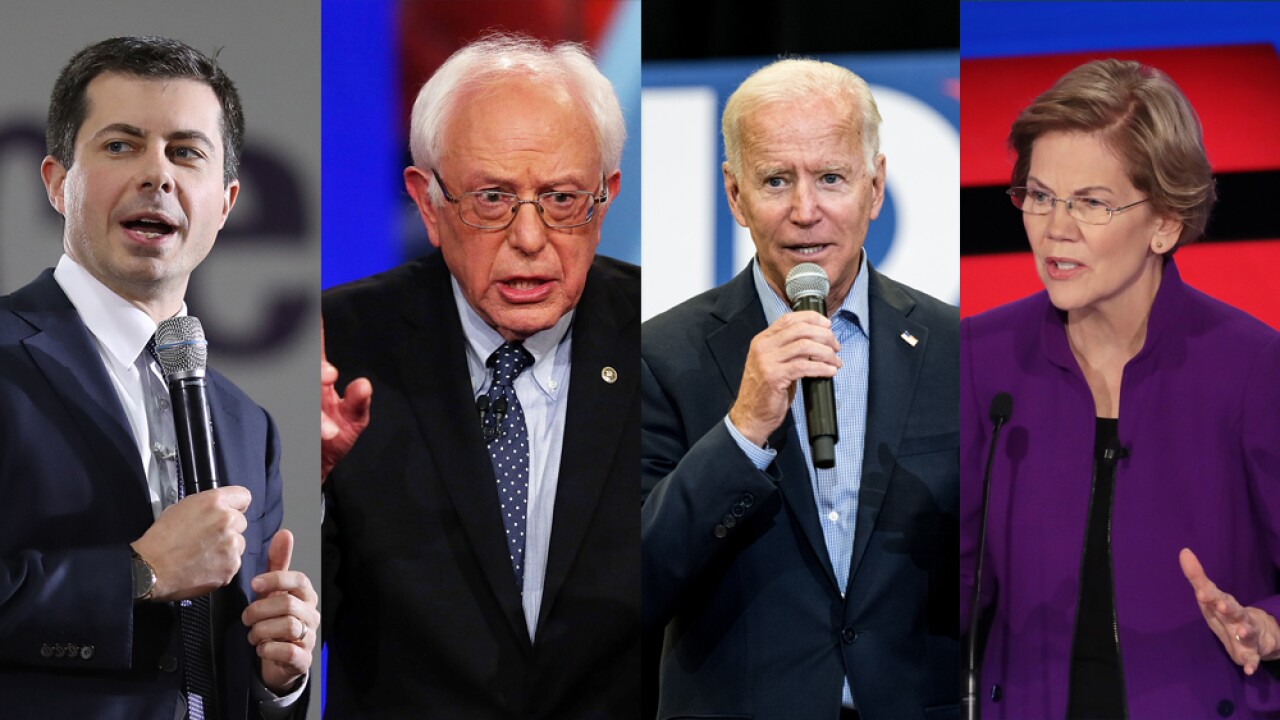 If you've watched any kind of election coverage over the past few decades you know the emphasis campaigns place on winning in Iowa.

The Hawkeye State is the first real litmus test for candidates hoping to become president and helps voters gauge where the candidates stand in terms of popularity.

With the Iowa caucus coming up on Feb. 3, the first in the country, we want to know if the results in Iowa typically line up with who the two parties' national conventions choose to be the nominee.

Ted Cruz won the Iowa Republican Caucus at 27.6%, with now President Trump garnering 24.3% of the vote and Florida Senator Marco Rubio third with 23.1%. Trump was ultimately the nominee.
On the Democratic side, Hillary Clinton bested Bernie Sanders by just 0.3% and went on to become the Democratic nominee.

President Obama ran unopposed on the Democratic side of the ticket.
Meanwhile, Rick Santorum won Iowa over Mitt Romney by just 0.1%, however it was Romney who ultimately became the nominee.

Mike Huckabee had a solid win in Iowa, with 34.4% of the vote. However, the man who would ultimately become the Republican nominee was John McCain, who got just 13.1% of the vote in Iowa.
President Obama won in Iowa with 37.6% of the vote and ultimately won the nomination and the general election.

President George W. Bush ran unopposed on the Republican side.
For Democrats, John Kerry won the primary with 37.1% of the vote in Iowa and went on to become the nominee.

George W. Bush and Al Gore both won in Iowa and eventually became their party's nominee.

President Bill Clinton ran unopposed for a second term.
Bob Dole won at the Iowa caucus and went on to be the Republican nominee.

President George H.W. Bush ran unopposed for a second term.
In what will seem like the most surprising stat on this list, eventual President Bill Clinton received just 2.8% of the vote at the Iowa caucus. Instead it was a man named Tom Harkin, who had strong Iowa ties, that got a whopping 76.5% of the vote there.

President Ronald Reagan ran unopposed for a second term on the Republican ticket.
For Democrats Walter Mondale won Iowa by a healthy margin and did become the nominee.

George H.W. Bush did eventually become president, but this wasn't the year. Despite Bush winning in Iowa, Ronald Reagan ultimately became the nominee and president.
Jimmy Carter was the incumbent and did win Iowa, but there was still a caucus.

According to the Des Moines Register, since 1972 the top voter-getter in the Democratic caucuses has gone on to win the nomination in seven of 10 contested races, but just Jimmy Carter in 1976 and Barack Obama in 2008 won the presidency. Among Republicans since 1980, the winner of the Iowa caucuses has gained the nomination in three of eight contested races, but the presidency just once: George W. Bush in 2000.

While Iowa may not always pick the nominee or the president though, Iowa's caucuses do help narrow the field for voters around the country.

Iowa Democrats go to the polls on Monday.