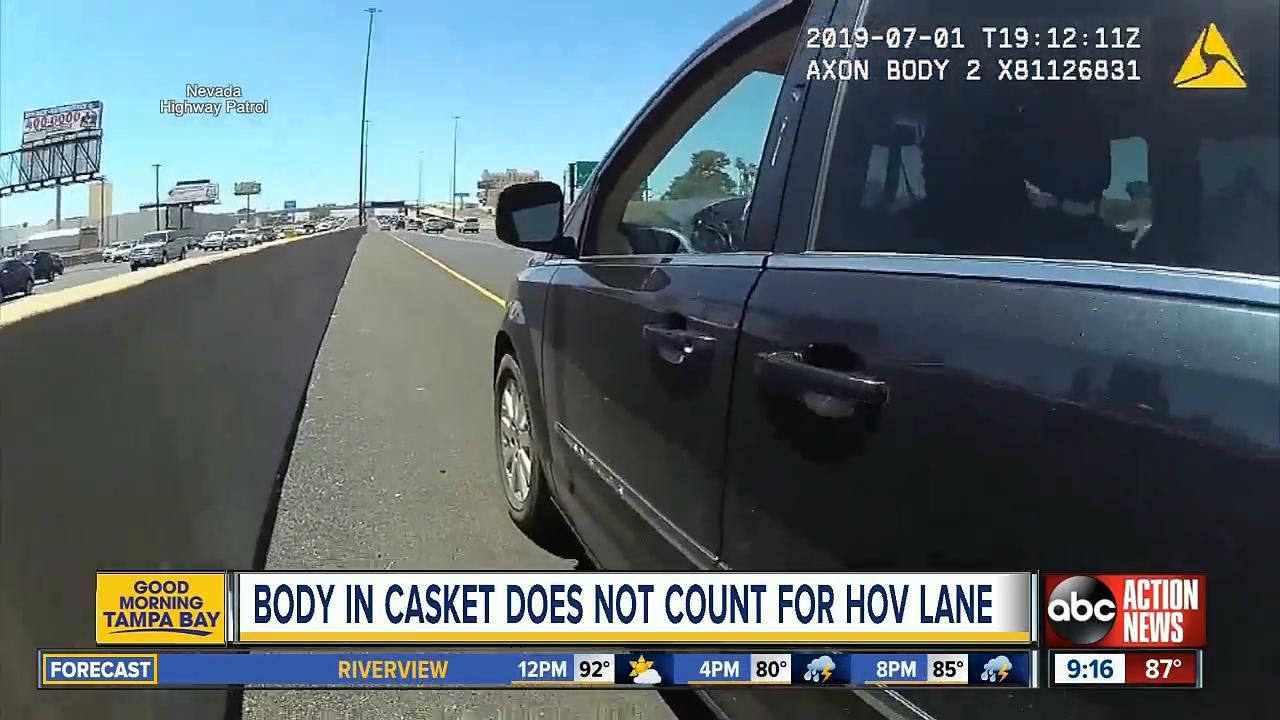 A Nevada trooper pulled over a Chrysler Town and Country hearse in the HOV lane owned by a Las Vegas funeral home. 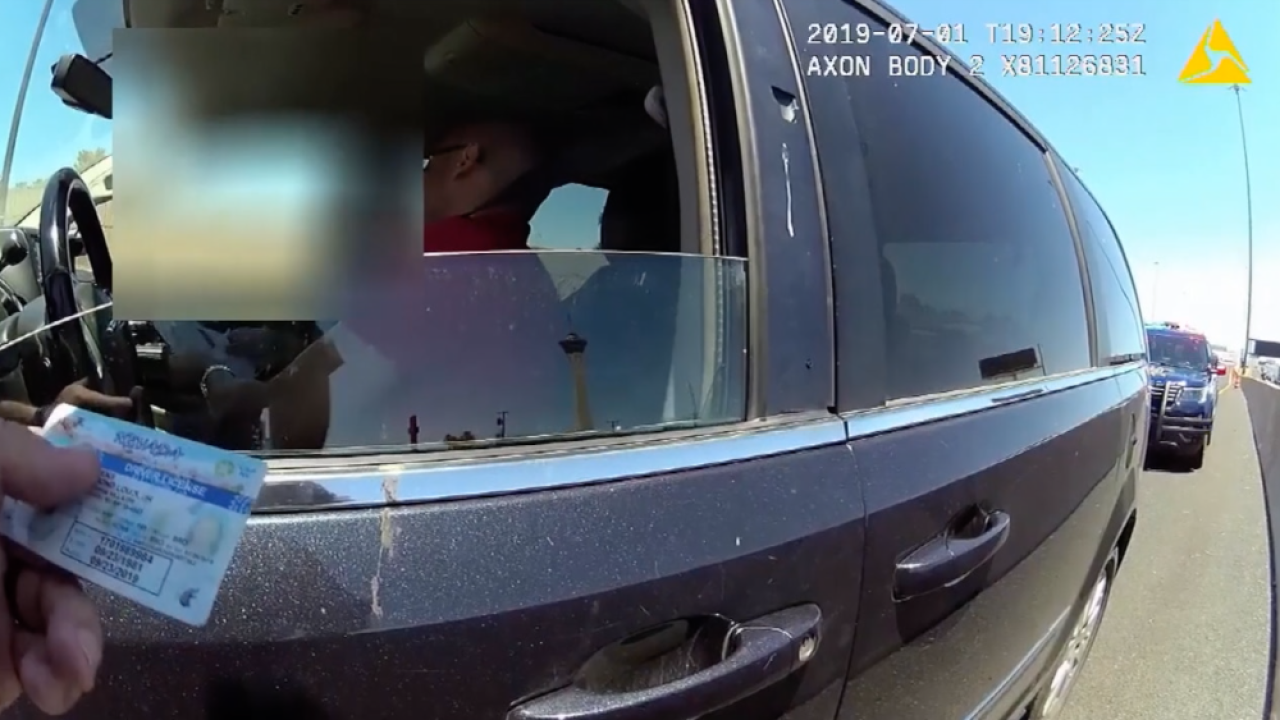 LAS VEGAS — High-occupancy lanes (HOV) recently opened on Interstate 15 around Las Vegas. Nevada Highway Patrol troopers are patrolling the new lanes to make sure drivers are following the law to use them.

On Monday, a trooper pulled over a Chrysler Town and Country hearse in the HOV lane owned by a Las Vegas funeral home.

The trooper explained to the driver when he stopped him.

"He is not with us anymore," chuckled the trooper. "But for that I'll give you a warning on that alright?"

Having been given a break, the driver was not cited and advised to move out of the HOV lane.

The Nevada Highway Patrol later issued the following statement, "We don’t want to beat the rules of the HOV lanes to death but you must have a living, breathing human occupying the seats in the vehicle to be in compliance with HOV lane rules."