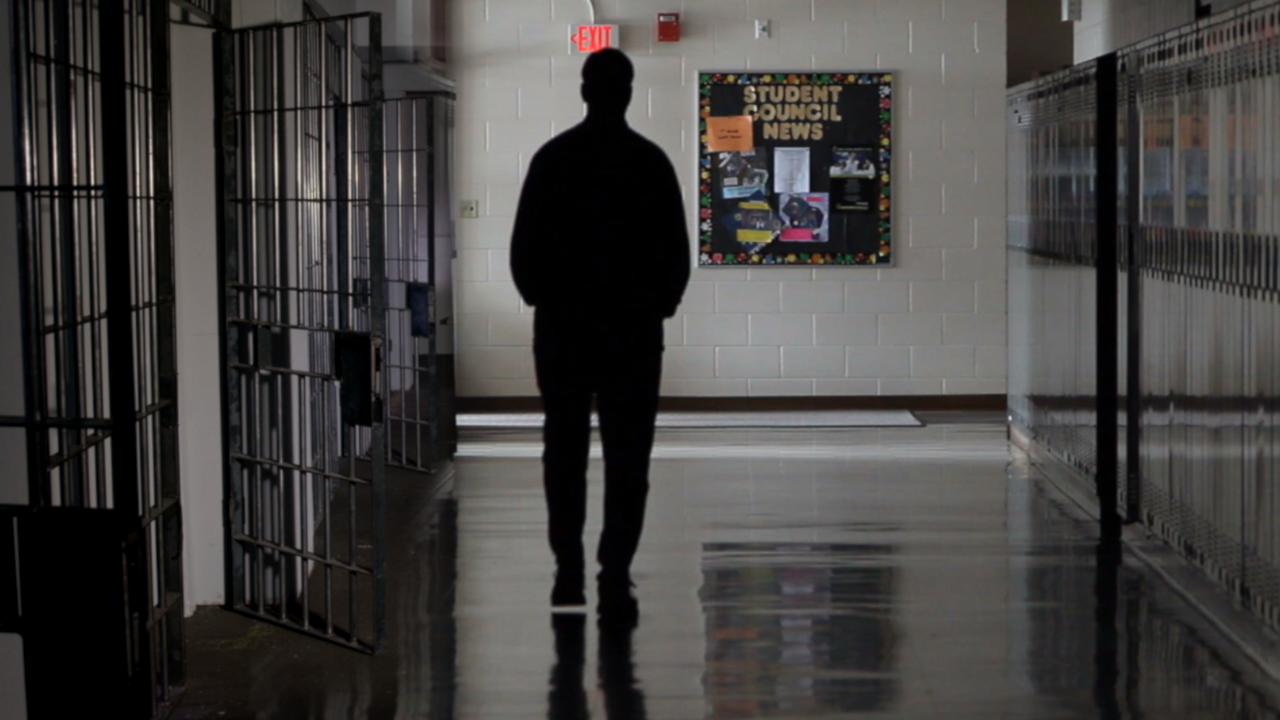 PHILADELPHIA, Pa. – Schools and prisons probably shouldn’t have much in common, but research on what’s known as the “school-to-prison pipeline” shows a concerning connection.

“Once we put a kid into that system, many of them never get out. A large percent of them, sometimes 50 percent of them, will stay in the system the rest of their lives,” said Kevin Bethel. “I said I couldn’t do it anymore.”

Bethel is a veteran cop and a former deputy commissioner in the Philadelphia Police Department. He first learned about the link a few years ago.

“I met a phenomenal judge out of Clayton County Georgia, who was doing a lot of work on the school-to-prison pipeline and kept nudging me, ‘Kev, what you going to do in Philly?” Bethel added.

Thirty years on the force, Bethel never thought twice about the number of juvenile arrests his officers were making.

“I pulled this data and I always tell people I was just so angry. I sat down and look at this sheet of paper and realize I am locking up 1,600 kids a year, majority African American and Latino youth but any youth regardless of their race, I am locking them up,” said Bethel.

After seeing the data, he knew something had to change.

“I was blessed to have leadership that said, ‘hey Kev what do you want to do?’” he added, “and that’s what set me on a chart that would ultimately change my life.”

It would take a compassion over cuffs approach, where minor infractions would no longer lead to students going to jail. Instead, a student like Jeramiah Figueroa would go into new diversion programs.

“I am grateful that was the choice and chance that I had,” said the 10th grader.

Last year, Figueroa was caught with a knife in his backpack when he went through his school’s mental detector. He said it was there from a fishing trip with his grandfather.

“I thought I was going to get arrested,” Figueroa said.

The new policy gave the 10th grader counseling, mentoring and a second chance. He hasn’t been in trouble since.

“I was definitely grateful, and I feel like other people should have that chance too,” said Figueroa.

Bethel is now retired from the force and working directly with the Philadelphia School District to continue this effort. Through his work, arrests have gone from 1,600 a year to 250, and a four-year study by Drexel University shows school safety has not been compromised.

“I tell people from someone who has been on both sides, what we are doing to our children particularly for these low-level offenses, is wrong,” explained Bethel. “We have to come to a place where we realize it is not weakness to give a kid a second chance. If anything, it’s strength.”