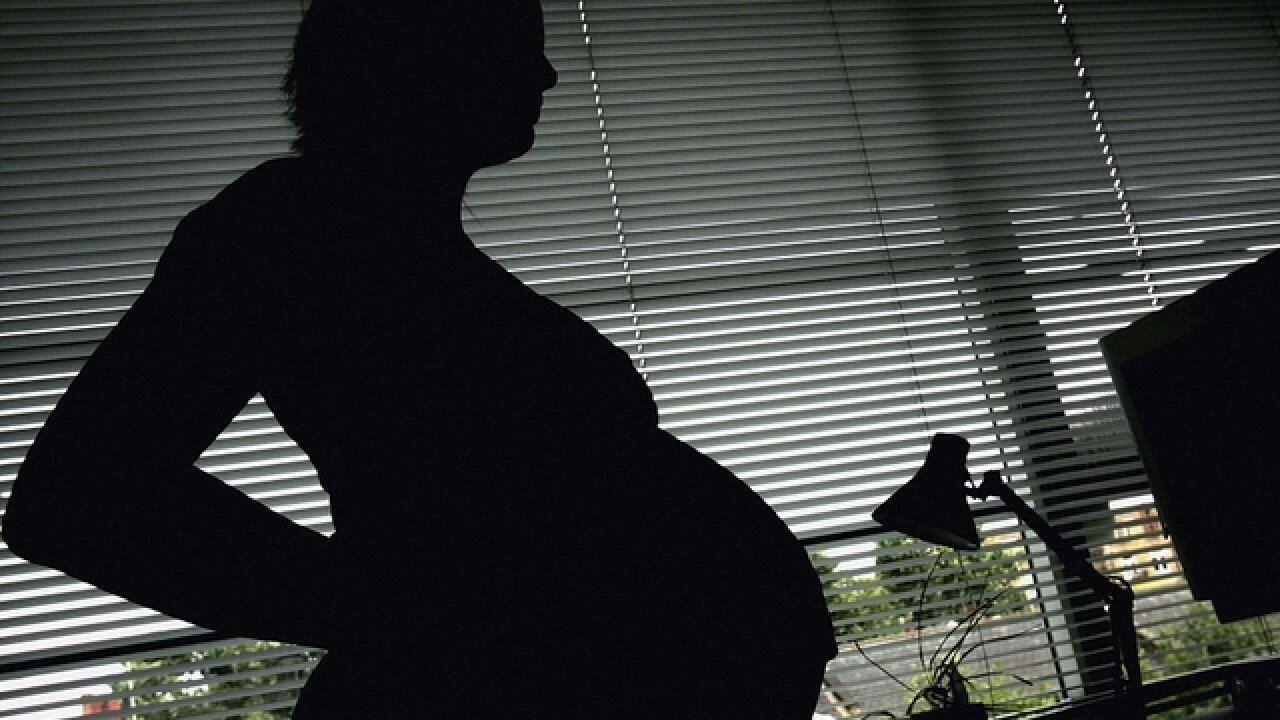 DURHAM, N.C. (AP) — A woman who lost her job at a clothing embroidery plant while she was pregnant said she had no idea of federal laws designed to protect her employment until she contacted a lawyer, and she has filed a federal complaint against the company.
Gillian Thomas, an attorney with the American Civil Liberties Union, told The News & Observer of Raleigh that Kendall Todd should have been advised about federal protections by her employer.
"That's what an employer should do," said Thomas, who has taken up Todd's case. "Kendall Todd should not have been put through this."
Todd worked at Royal Threads, an Aberdeen-based company that embroiders logos on promotional products and apparel. She had to stand for most of her 10-hour shift, which paid $8.75 an hour, she said, adding that the job also required lifting boxes of apparel that could weigh 20 pounds.
When Todd became pregnant in August 2015 and developed morning sickness, she had difficulty sleeping at night, sometimes had to make urgent trips to the restroom outside her work breaks and once needed an ambulance to take her to the hospital because of abdominal pain.
"As a result of my severe pregnancy symptoms, I sometimes arrived late, had to leave early, or had to stay home," Todd said in a complaint to the Equal Employment Opportunity Commission. "I never was informed that my attendance was jeopardizing my job."
Thomas said Royal Threads violated the federal Family and Medical Leave Act by punishing Todd for attendance infractions while not taking similar actions against workers who weren't pregnant. She said the company further violated the act by not offering Todd a less strenuous job while she was expecting.
The company declined to comment to the newspaper, and Royal Threads owner Lori Pry didn't immediately return a phone call from The Associated Press seeking comment Monday.
With no income and a young son to care for, Todd applied for unemployment in December. That's when she learned her former employer was contending she walked off the job and was ineligible for benefits. Todd's boyfriend then contacted the ACLU, and she learned of the federal protections she said she was never told about.
The couple was forced to live for several months in a homeless shelter before family helped them pay for an apartment in Durham. Her daughter was born in the spring.
Copyright 2016 The Associated Press. All rights reserved. This material may not be published, broadcast, rewritten or redistributed.