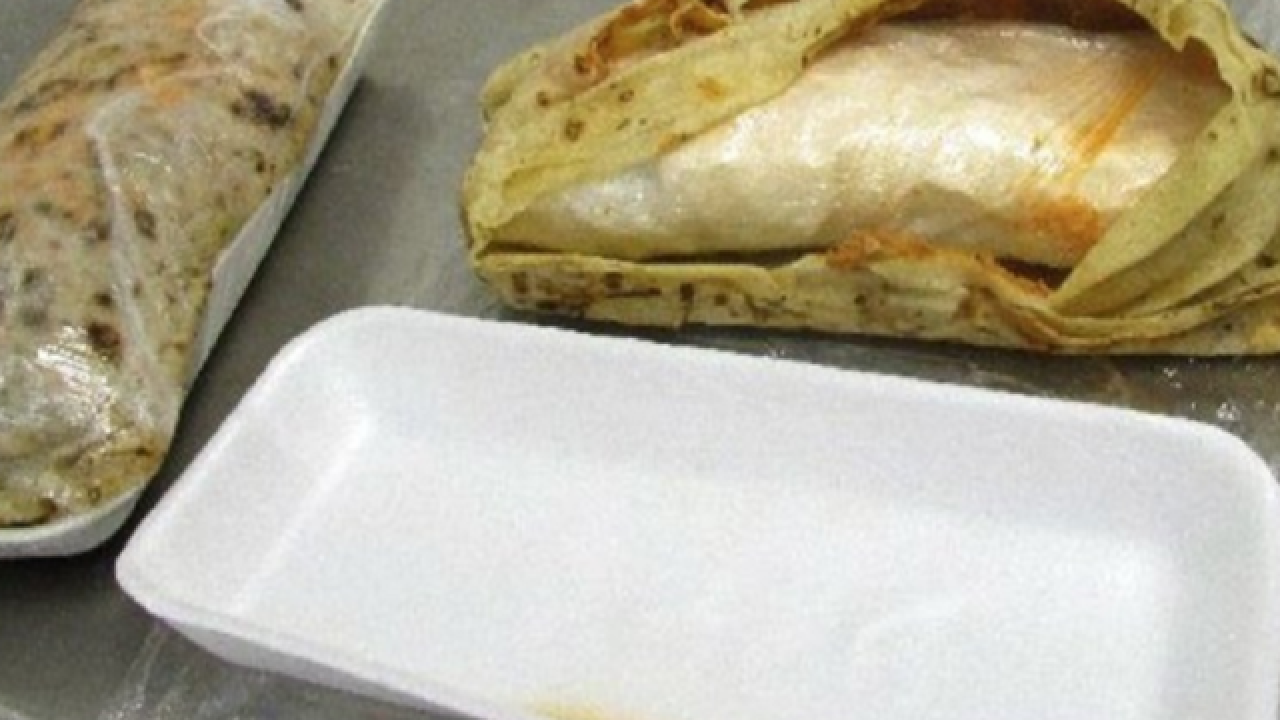 “Would you like some meth with that burrito?”
Customs and Border Protection (CBP) officials in Nogales, Arizona, peeked into a woman’s bag of burritos on Friday and found more than just meat, cheese and veggies.
They found one burrito stuffed with a pound of methamphetamine, The Huffington Post reports.

Somebody put $3,000 of meth into A BURRITO to smuggle it into the U.S. ? https://t.co/Q9D6Edf1zw pic.twitter.com/OgfPHegcwn

Susy Laborin, 23 -- a resident of Nogales -- is accused of attempting to smuggle the drugs as she was trying to re-enter the U.S.
Her belongings were searched after a dog sniffed out the presence of drugs in the bag.
CPB spokesman Rob Daniels told the Tucson Sentinel that one of the burritos was found to contain the meth, which was estimated to be worth around $3,000.
Investigators said Laborin admitted she knew the burrito was stuffed with meth, and that she was paid $500 to deliver them to an unknown party.
Laborin was charged with narcotics possession and is behind bars awaiting trial.
Copyright 2016 Scripps Media, Inc. All rights reserved. This material may not be published, broadcast, rewritten, or redistributed.