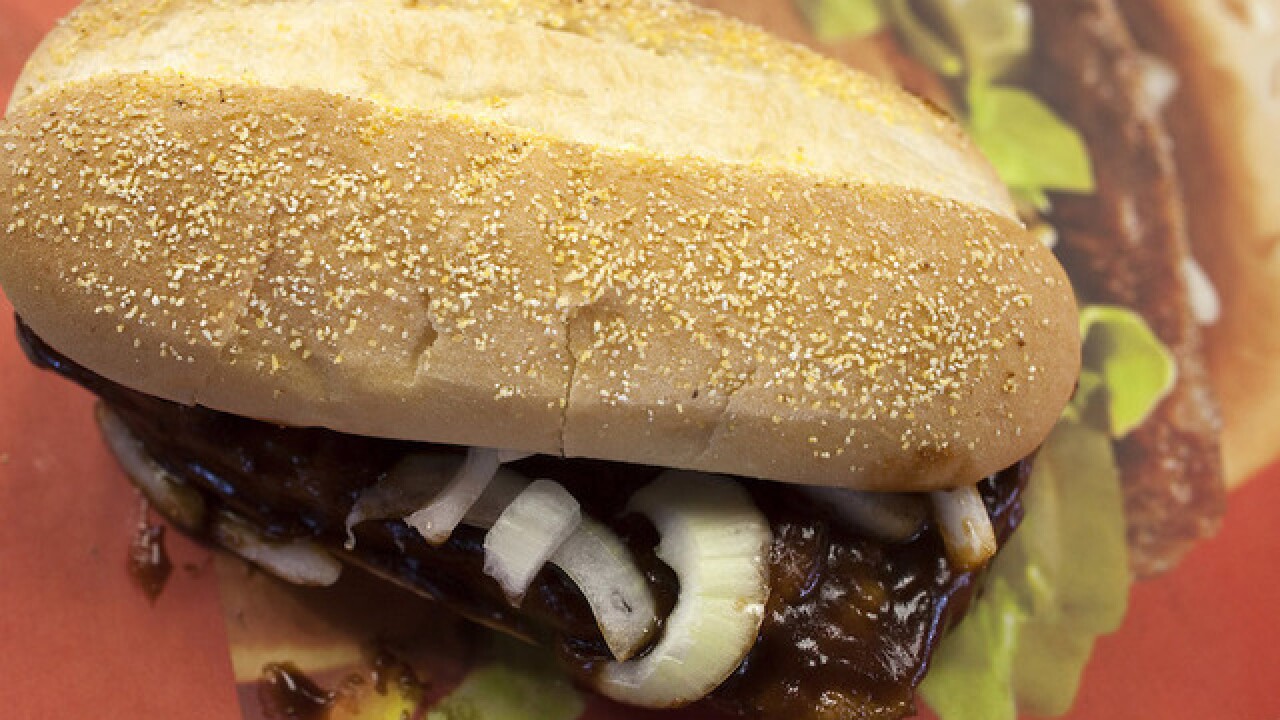 'Tis the season for spicy lattes, fast food turkey sandwiches and pumpkin-flavored everything.

If you're a fan, you'd better act fast: They won't be around for long.

That's by design. Seasonal items are an important marketing tool for the food industry, according to Alexander Chernev, a professor of marketing at Northwestern University's Kellogg School of Management.

Limited releases almost give consumers a Pavlovian response. For example, when the weather turns colder, Starbucks customers habitually get excited about Pumpkin Spice Lattes. In November, customers come in to check out the new holiday cups.

"When you have these exclusive products, which exist for a short period of time, it gives people a reason to come to the store," Chernev explained.

It's not just Starbucks that comes out with seasonal specials: Dunkin' Donuts announced a whole slew of pumpkin-flavored treats in August. McDonald's is getting ready for winter with the McRib. As the holiday season gets into full swing, we'll be sure to see Santa on Coca Cola bottles, turkey sandwiches from Subway and more. In the spring, it'll be Girl Scout cookie time.

Related: The McRib is back at McDonald's

For fast food chains in particular, which rely on familiarity, holiday items can offer consumers some variety.

"You need consistency because that's the brand mantra," said Chernev. "But no matter how much you like something, consuming something different ... increases the enjoyment of what you consumed before."

Chernev says it's a neat marketing ploy: Although a specialty item may be exciting on its own, it can also remind consumers how much they like the basics.

Seasonal offerings can also give brands a chance to test a new product. When Starbucks announced the return of the Pumpkin Spice Latte this year, it also unveiled the Teavana Pumpkin Spice Chai Tea Latte.

And Chernev pointed out that seasonal menu items mean brands have something new to talk about every quarter.

Starbucks says that's part of the rationale behind its seasonal drinks

"We strive to provide our customers with unique, seasonal offerings to celebrate each season, and customer response has been extremely positive to that," a company spokesman said.

Related: Hey, latte fans: Maple is having a moment this fall

There are some basic supply-and-demand economics behind limited-time releases too: Scarcity can build hype.

"It's a way to create excitement for the menu," said R.J. Hottovy, a consumer strategist for Morningstar.

Items that might be popular for a few months probably wouldn't generate enough year-round demand.

For example, when the McRib debuted in 1981, it was a dud. McDonald's pulled it from its menu four years later. Though it never achieved nationwide success, there were parts of the country where the McRib generated a solid enough fan base to bring it back every now and then.

"There's a lot of mystery around why the McRib comes and goes, but to be honest it's a local option based on consumer demand," a McDonald's spokesman said.

The McRib works very well in the Midwest, but doesn't necessarily work as well in the coastal areas, Hottovy noted. That's why it makes sense to restrict the amount of McRibs that go on sale.

Hottovy explained that sales typically rise for a short time when companies unveil seasonal items. But after a few weeks, that demand drops off after the core fans of the limited time product are satisfied.

So enjoy your Pumpkin Spice Latte while it lasts. And let's be honest, you probably wouldn't want one in April.