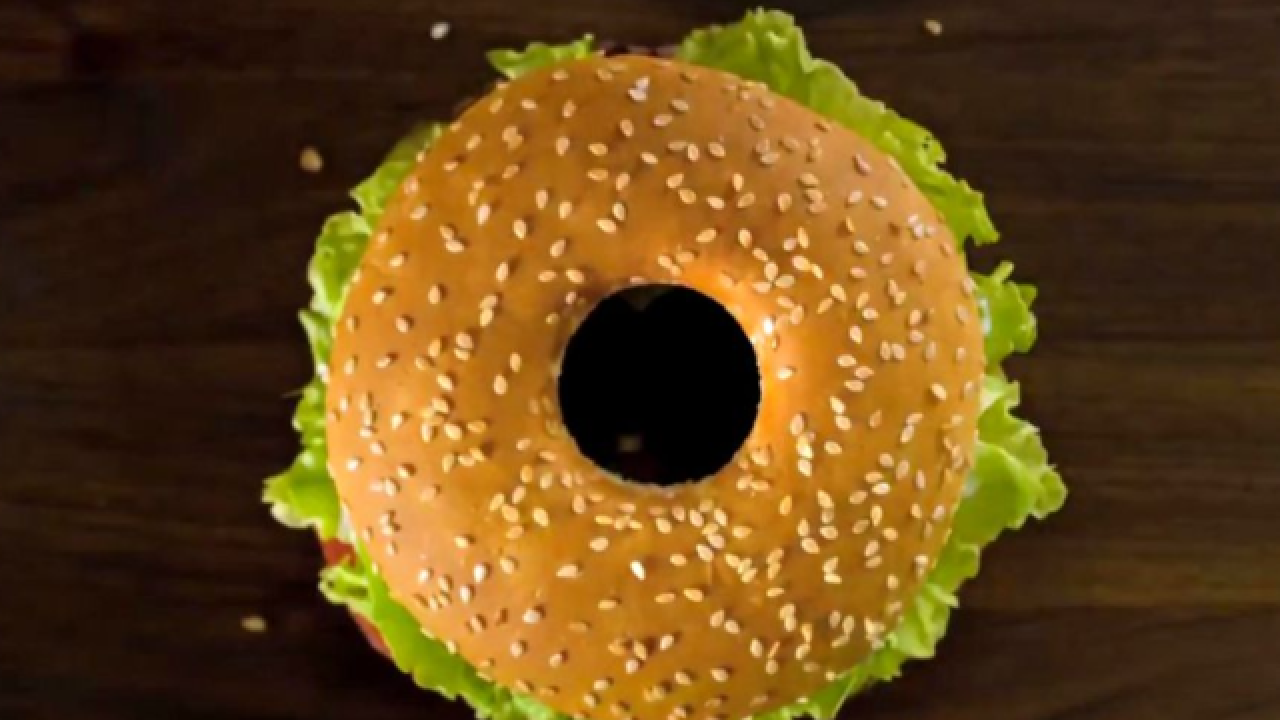 June 1 is National Donut Day, and Burger King doesn't want to be left out.

They have created a doughnut Whopper and it will be available at five locations in Boston, Miami Beach, Los Angeles, New York City and Salt Lake City.

The flame-grilled "Whopper Donut" is more of a burger than a donut, according to Thrillist.com. Burger King is simply cutting out the center of its usual Whoppers and calling them donuts.

Customers will get the whole Whopper though. The cut-out will be served on the side.

Here are the addresses of the fast-food restaurants that will be selling the Whopper Donuts for one day:

Of course, you could just buy a Whopper and make your own.