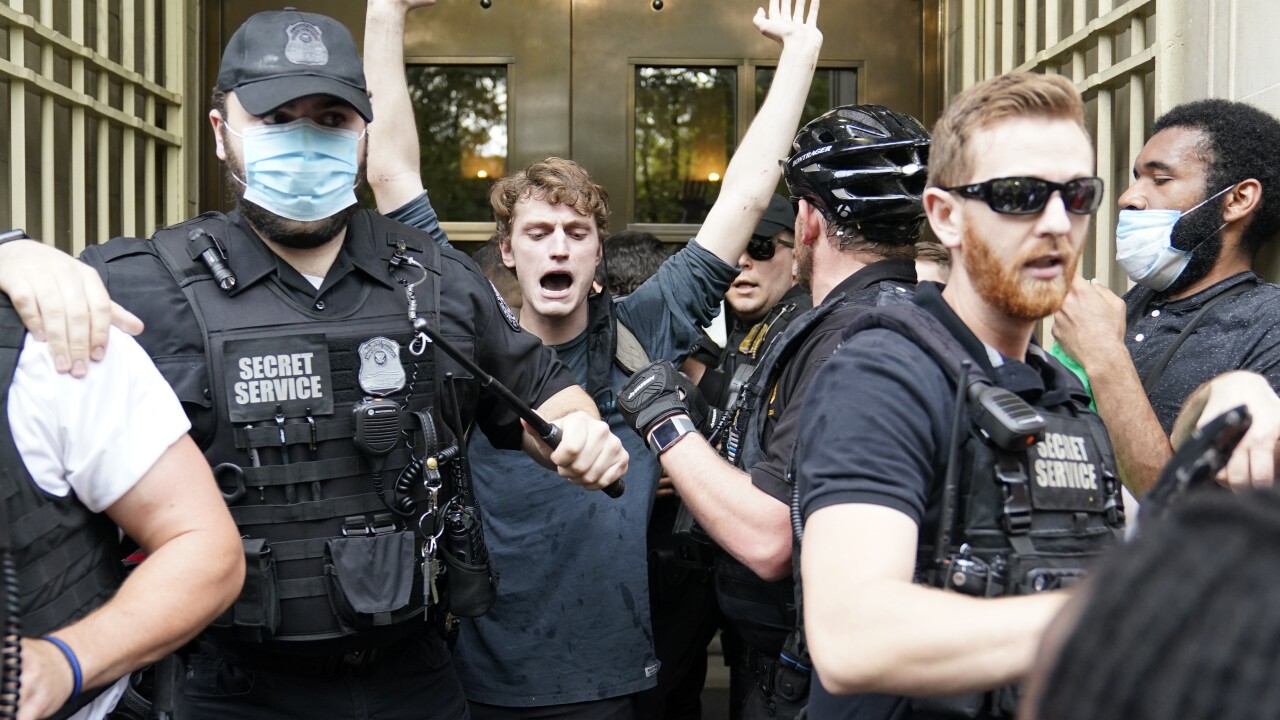 Copyright 2020 The Associated Press. All rights reserved
Evan Vucci/AP
Demonstrators protest the death of George Floyd, a black man who died in police custody in Minneapolis, Friday, May 29, 2020, in Washington, near the White House Minority Leader Kevin McCarthy of Calif.,. (AP Photo/Evan Vucci)

The White House protest was one of many taking place nationwide in response to the death of George Floyd. Floyd was killed on Monday while in police custody.

Earlier in the evening, video from near the White House showed a tense confrontation between uniformed Secret Service officers and protesters.

The White House is under lockdown orders from the U.S. Secret Service due to protests outside the gates over George Floyd.

A dozen reporters, myself included, still inside the West Wing.