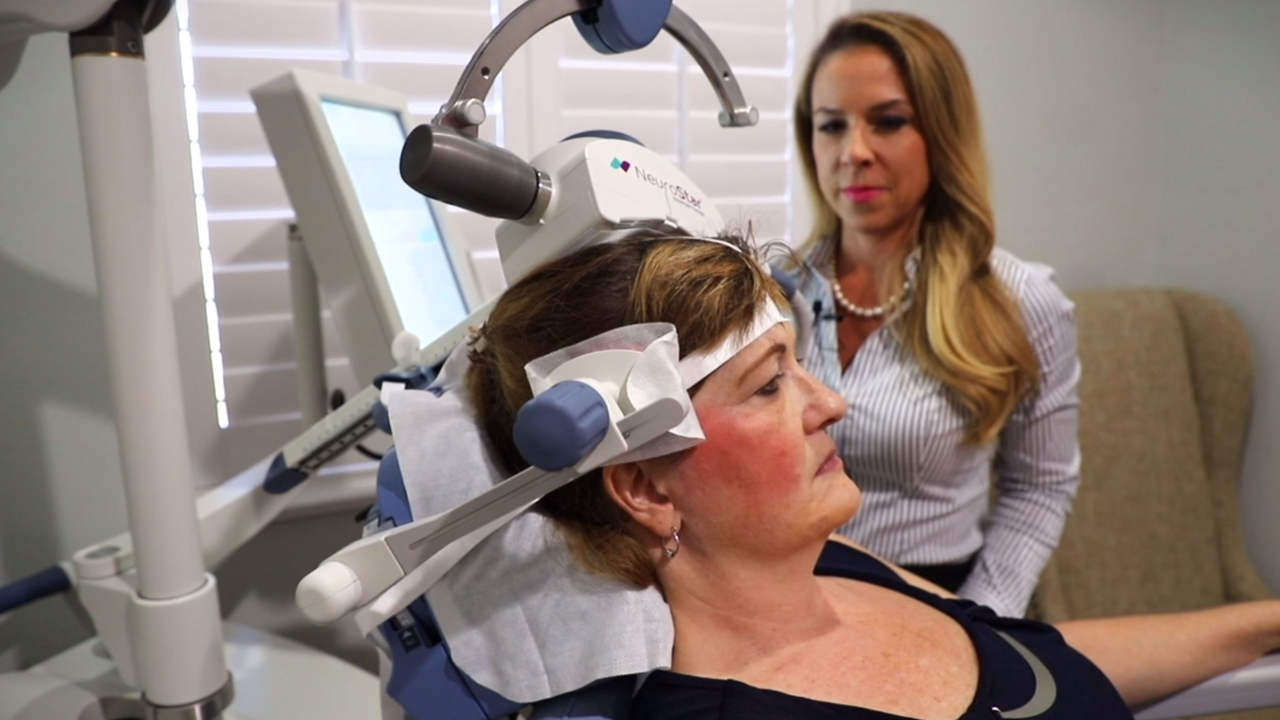 The Centers for Disease Control (CDC) says depression affects nearly 8% of people at any time. The numbers of those who get treatment are far lower. For some, they don’t recognize the symptoms or they don’t want to take medication.

Wendy Moreno is among those who struggle with depression. After a traumatic experience four year ago, she decided she needed professional help. She went to therapy and got on medication, but she didn’t feel it was working.

“I was just at a point where I wanted to try something new,” said Moreno.

Her therapist told her about transcranial magnetic stimulation (TMS).

A Food and Drug Administration (FDA) approved machine delivers a series of magnetic pulses to the area of the brain involved in depression.

“Sometimes the medication may not get to the area of the brain involved in depression and or they may not tolerate medications do to side effects,” said Fickey.

Dr. Fickey says more than half of TMS patients are cured of depression after their first treatment which consists of sessions five days a week for six weeks. Each session lasts about 20 minutes.

“Something I see in society that's sad is that someone might be on a medication for years and they feel they're actually doing ok but that ok is not full remission from depression,” said Fickey.

Moreno was able to get off sleep medication and back into exercising.

“I think for me it was more of a natural way,” said Moreno. “And I’m not crying like I was a few weeks back.”

TMS treatment is covered by most major insurance companies, including Medicare and Tricare.