'We will give him a family': Six-year-old asks Obama to adopt refugee 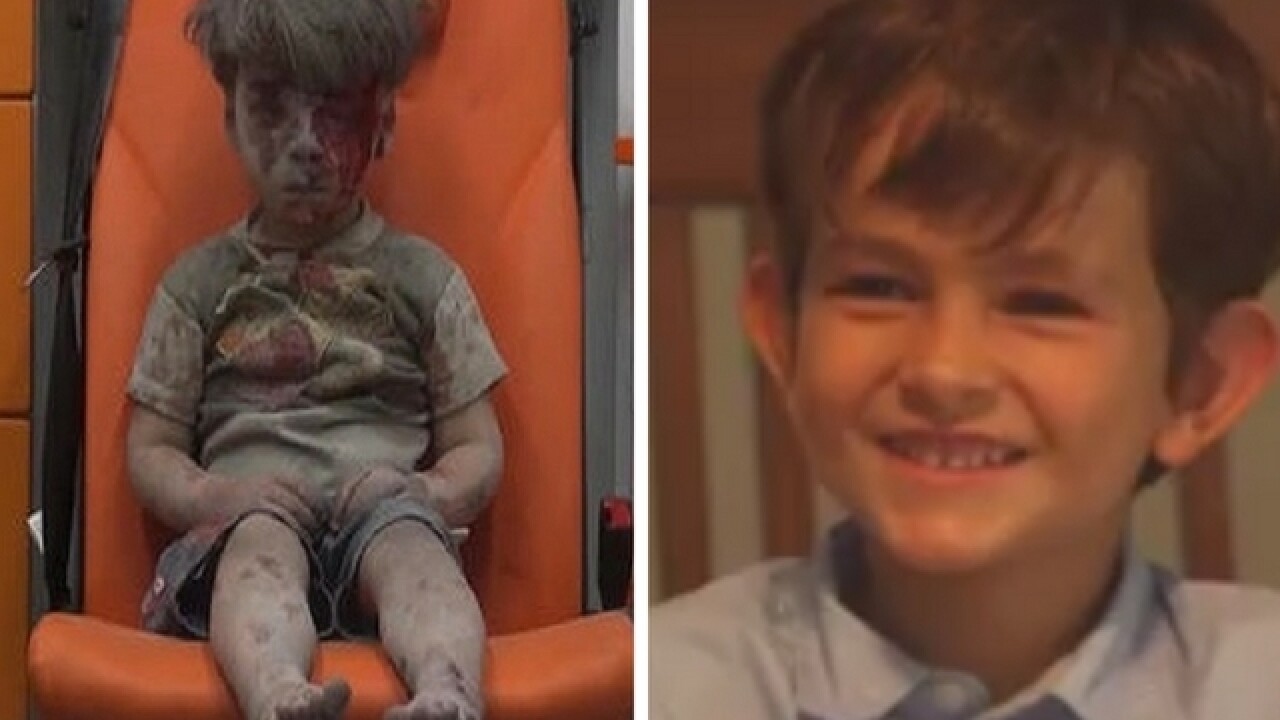 <p>A six-year-old boy's handwritten letter to President Obama has gone viral. In the letter, Alex asks if his family could adopt the dust-covered and bloodied child from Aleppo, Syria that made headlines in August.</p>

Millions of hearts broke around the world last month when images of a bloodied and dirty Syrian boy made headlines in August. Omran Daqneesh, the dust-covered child in the photos, had just been rescued from the rubble following a bombing in Aleppo.

Halfway across the world, six-year-old Alex saw the photos of Omran and felt compelled to help. But who had the international pull to help a child in need thousands of miles away?

The President of the United States, of course.

So, Alex sat down and wrote a handwritten letter to President Obama, asking if Omran could join his family.

“We will give him a family and he will be our brother,” his letter reads.

In his letter, Alex said he’s excited to learn a new language from Omran, and hopes to teach his new brother English. He also planned a party for when Omran arrived in his Scarsdale, New York home.

“Park in the driveway or on the street and we’ll be waiting for you guys with flags, flowers and balloons,” the letter reads.

Not only did Alex’s letter make it to the White House, it made it all the way into the hands of President Obama himself. In a Facebook post, Obama says he shared the letter at a United Nations summit on refugees.

“Those are the words of a six-year-old boy -- a young child who has not learned to be cynical or suspicious or fearful of other people because of where they come from, how they look, or how they pray,” Obama’s Facebook post reads.