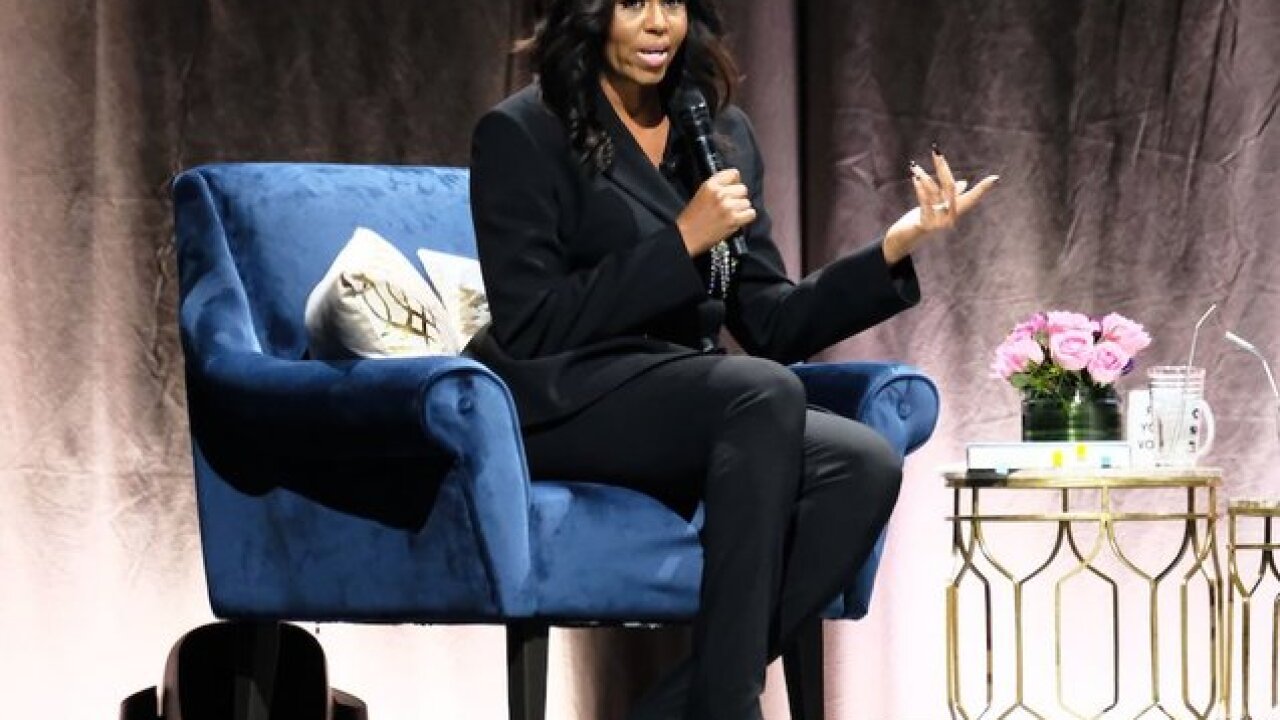 Barack Obama made a surprise appearance at Michelle Obama's book tour in Washington, comparing himself to Jay-Z at a Beyonce concert.

The former president showed up with a bouquet of flowers during the promotional event for his wife's memoir, "Becoming," in the nation's capital on Saturday night.

"This is like - you know when Jay-Z comes out during the Beyonce concert? ... Like, Crazy in Love?" he said, referring to instances when the rapper appears at his wife's concerts during performances of her famous song. "It's the same thing. It's just a little sample to enhance the concert."

When the former president appeared on stage, an audience member yelled, "we miss you!" as the crowd cheered.

The event was moderated by former White House adviser Valerie Jarrett. Michelle Obama talked about their life post-White House, and how they are taking a step back to reflect on what they accomplished.

"We haven't had much time to reflect over these eight years because we were so busy doing and so busy trying to be perfect, and to get everything right that rarely did we have time to sit back and acknowledge what we've done," she said.

Before former President Obama took the stage, his wife expressed frustration at today's heightened state of political discourse and said she sometimes wishes her husband would say something.

"There are so many times where I just want him -- like, I know, all of you - to just curse them out. Just say these things. And he's like, 'well, that's not the point. You know, the president isn't the president for his own ego. The president is the president for the entire country. So we have to be very mindful of what we say and how we say it.'"

Comparing her husband's administration to that of President Donald Trump, Michelle Obama talked about the stark differences between the two.

The former first lady has made several references to Trump in her memoir. In the book, she said she would "never forgive" him for his role in the "birther" conspiracy theory that falsely claimed her husband was not born in the United States. Trump's central role in pushing the falsehood put her family at risk, she writes.

Trump pushed back last week, saying her accusations are meant to generate headlines.

"She got paid a lot of money to write a book and they always expect a little controversy," Trump said.