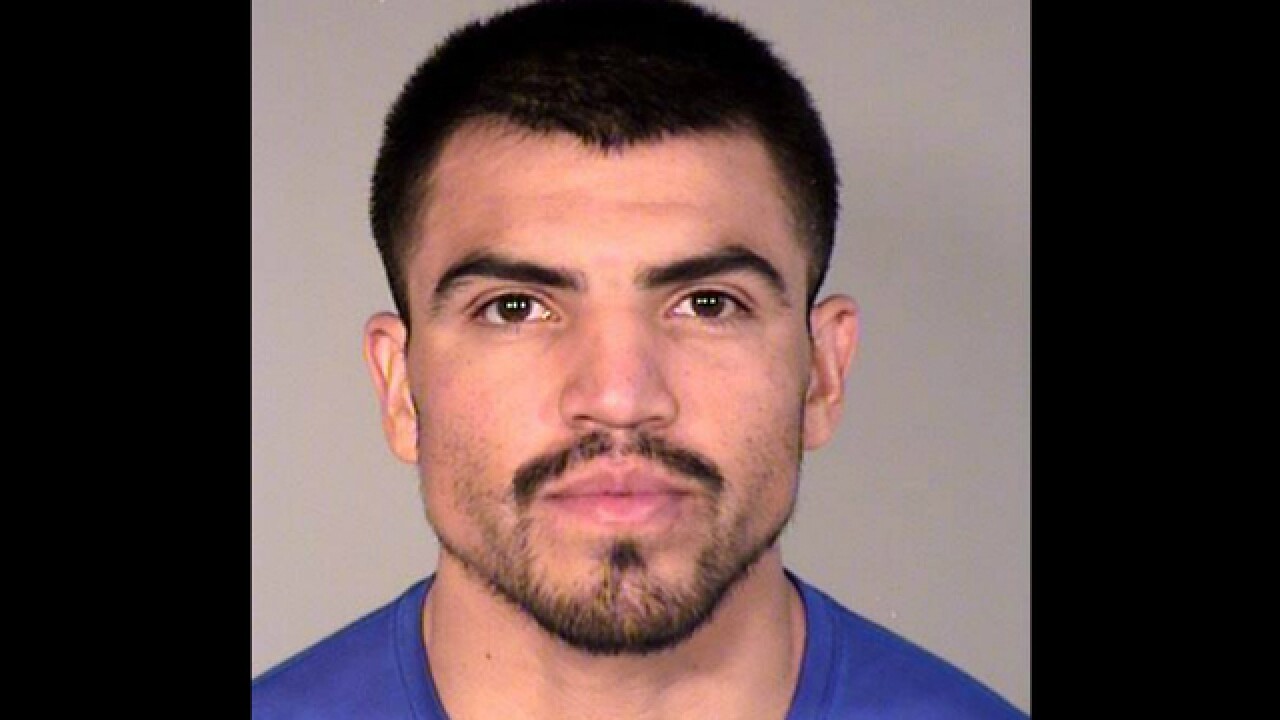 Copyright 2018 Scripps Media, Inc. All rights reserved. This material may not be published, broadcast, rewritten, or redistributed.
Facebook/Oxnard Police
<p>Boxer and entertainer Victor Ortiz has been arrested after a woman told authorities he sexually assaulted her at a home in Oxnard, California, police said.</p>

Boxer and entertainer Victor Ortiz has been arrested after a woman told authorities he sexually assaulted her at a home in Oxnard, California, police said.

The woman's report came the afternoon of March 19. Ortiz, who lives in Tarzana, 40 miles west of Oxnard, turned himself in Tuesday and was booked at the East County Jail in Ventura County. His bail is $100,000.

The 31-year-old pugilist is charged with forcible rape, forcible oral copulation and forcible digital penetration, according to Oxnard police.

Authorities issued an arrest warrant for Ortiz after a months-long investigation by its family protection unit, a police statement said.

CNN is seeking comment from Ortiz's publicist and attorney.

Ortiz made his name as a light welterweight before moving up to the welterweight class. He briefly held the World Boxing Council's welterweight title in 2011 until a controversial fight with Floyd Mayweather Jr. In that bout, Ortiz head-butted Mayweather, and Mayweather landed two punches while Ortiz's hands were down, knocking him out in the fourth round.

Having only tallied three losses in his career up to that point, Ortiz lost three of his next seven fights. His record is 32-6-3. He was scheduled to fight again Sunday, a bout against John Molina in Ontario, California.

Outside the ring, Ortiz has also appeared on the big and small screens. He had roles in the movies "The Expendables" and "Southpaw" and appeared on Showtime's "Ray Donovan."

In 2013, he joined "Dancing With the Stars," where he was booted by judges and viewers after a lackluster performance in week six.