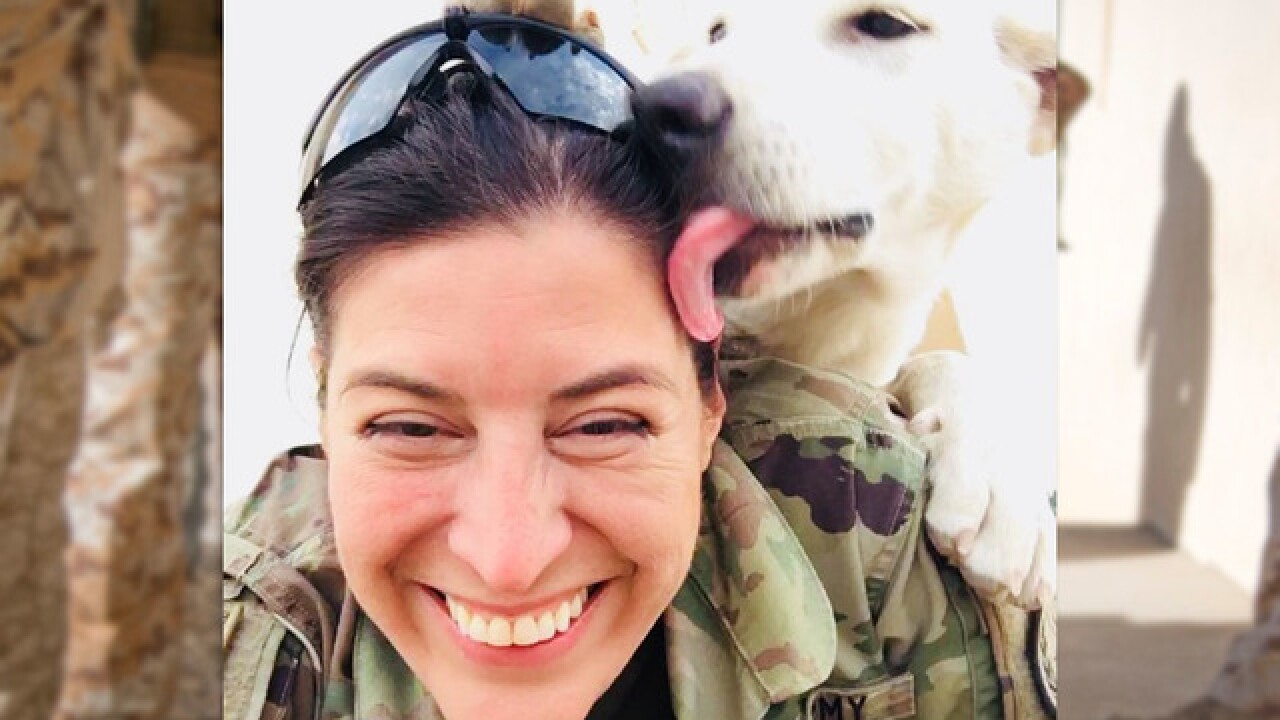 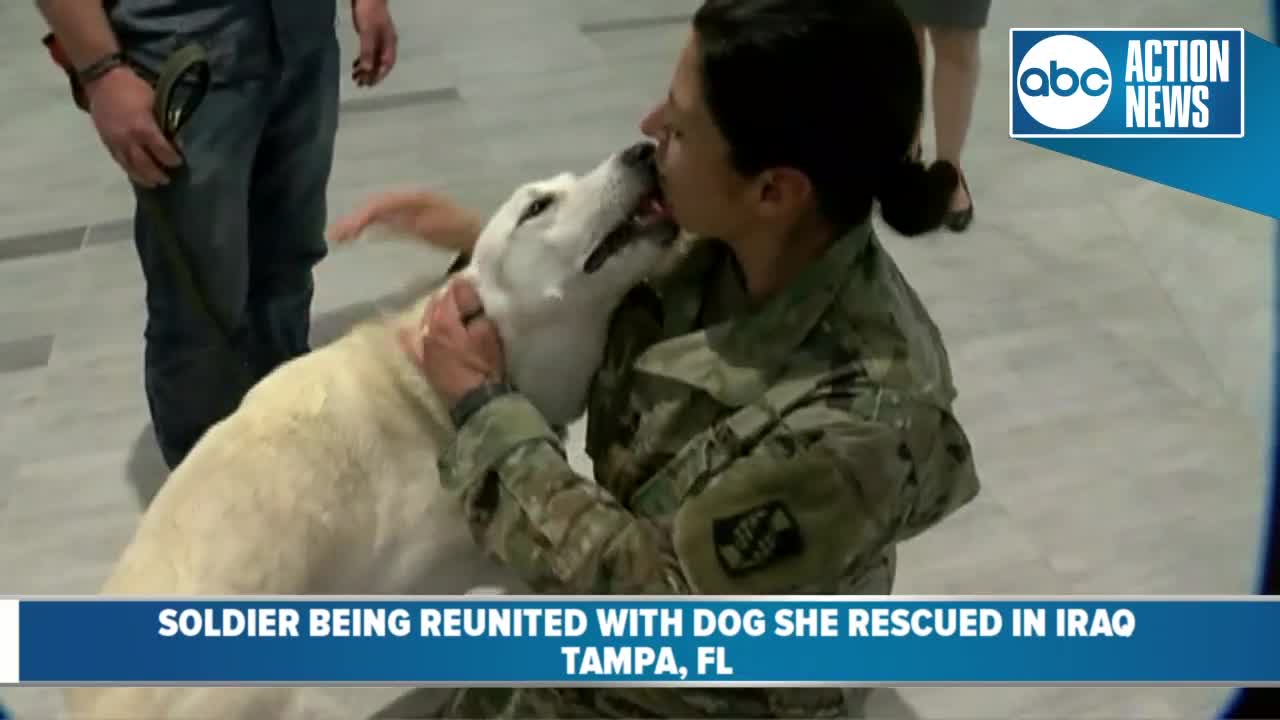 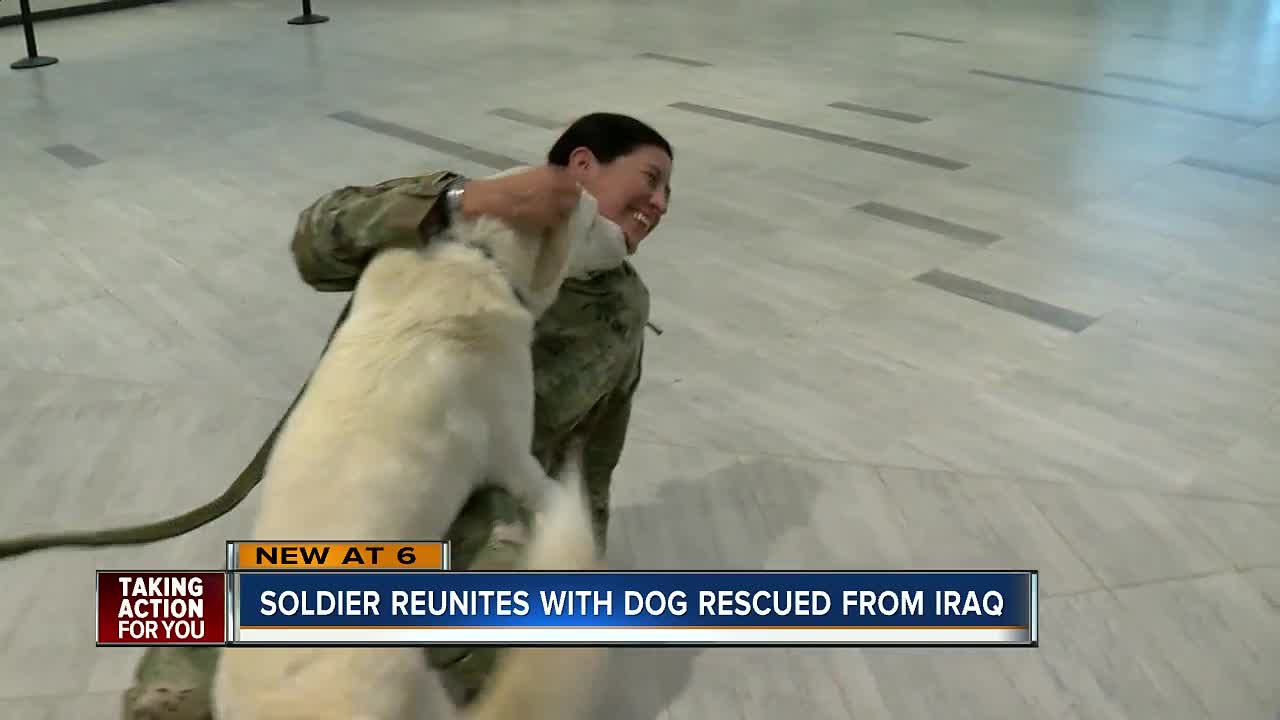 TAMPA — A St. Petersburg, Florida soldier is finally reuniting with a dog she rescued while she was deployed in Iraq in 2017.

U.S. Army Reserve Sgt. Tracy McKithern said she first laid eyes on a the little puppy as it sniffed around the base with its mom.

McKithern said the puppy and the mom were clearly starving, and abused by locals, kicked and hit with rocks everyday. They were covered with dirt and scratches. The puppy had two siblings, but McKithern said they both disappeared. 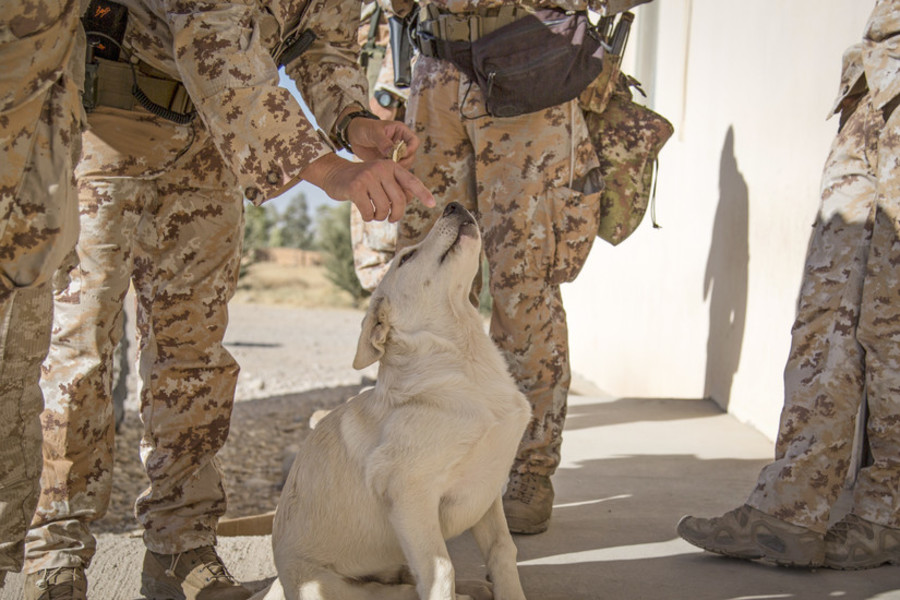 McKithern named the puppy Erby Kasima. Erby, after the the largest city in Northern Iraq, Erbil and Kasima, the Arabic name for "beauty and elegance."

McKithern said she along with soldiers from Italian and German armies her unit was partnered with, began taking care of the dogs. McKithern was totally in love with Erby and said the puppy was always waiting at the base for them to return when they'd go on missions.

"I went to sleep, woke up and my friends and family had posted links to various rescue groups. I reached out to one of them and they responded immediately," McKithern said.

"A complete stranger donated $1,000 and it was around Christmas, so it was like a cute note, like Merry Christmas, or Happy New Year, it was amazing," she said.

McKithern came home and was reunited with the dog she fell in love with and saved. She said none of this would have been possible without the help from strangers, and the friends she made in Iraq at her base.