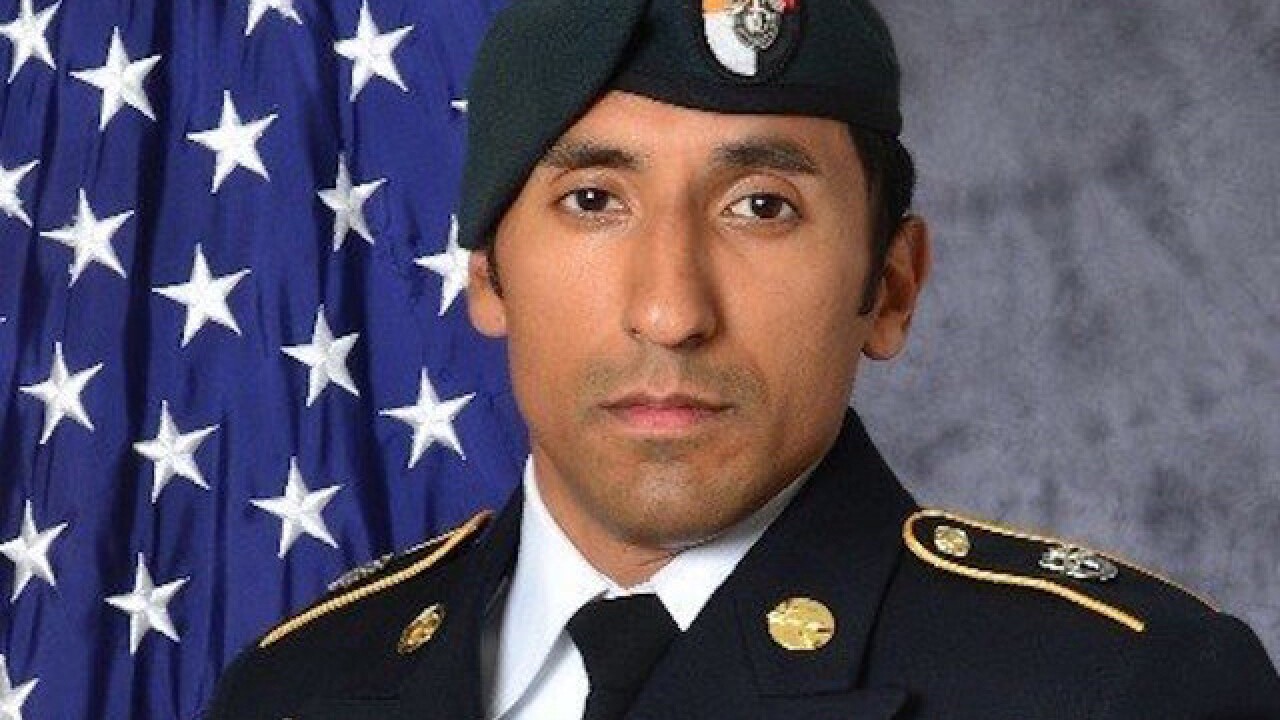 Copyright The E.W. Scripps Company
U.S. Army
<p>Staff Sgt. Logan Melgar, a Green Beret, was killed in June in Mali. He was part of a small group of U.S. military personnel working Bamako, Mali in support of the U.S. Embassy.</p>

Two US Navy SEALs and two US Marines have been charged for their role in the June 2017 death of Army Staff Sgt. Logan Melgar in Bamako, Mali, a death that investigators determined to be murder.

"Charges were preferred yesterday against two sailors and two marines," the Navy said in a statement.

The official charge sheets accuse the two Navy SEALs and two Marines of breaking into Melgar's bedroom, physically restraining him with duct tape and placing him in a chokehold.

The charge sheets say the murder took place while the accused were "perpetrating a burglary."

The four service members are also accused of lying to investigators.

The Article 32 preliminary hearing for the four accused is currently scheduled for December 10.

"We honor the memory of Staff Sgt. Melgar, our thoughts remain with his family and teammates," US Navy Capt. Jason Salata, a spokesman for US Special Operations Command, told CNN.

"If these allegations of misconduct are substantiated, they represent a violation of the trust and standards required of all service members. We trust our service members to safeguard our nation's most sensitive interests and to do so with honor," Salata added.

Earlier this month, the Naval Criminal Investigative Service sent its report on the investigation into Melgar's death to Rear Adm. Charles Rock, the commander of Navy Region Mid-Atlantic, in order to "make determinations regarding administrative or disciplinary actions as appropriate."

Military officials told CNN last year that a military examiner had ruled Melgar's death at a US government compound, near the American embassy in the capital of the West African nation, was a homicide.

The Navy took over the investigation from the Army in September 2017.

CNN previously reported that two members of SEAL Team Six were under investigation.

Melgar's cause of death was asphyxiation, according to a defense official familiar with the findings of the medical examiner's report.

Melgar, a native of Lubbock, Texas, enlisted in the US Army in 2012 and began Special Forces training in 2013, according to the US Army Special Command statement. He served two deployments to Afghanistan.