US evaluating Taliban video of captive couple in Afghanistan 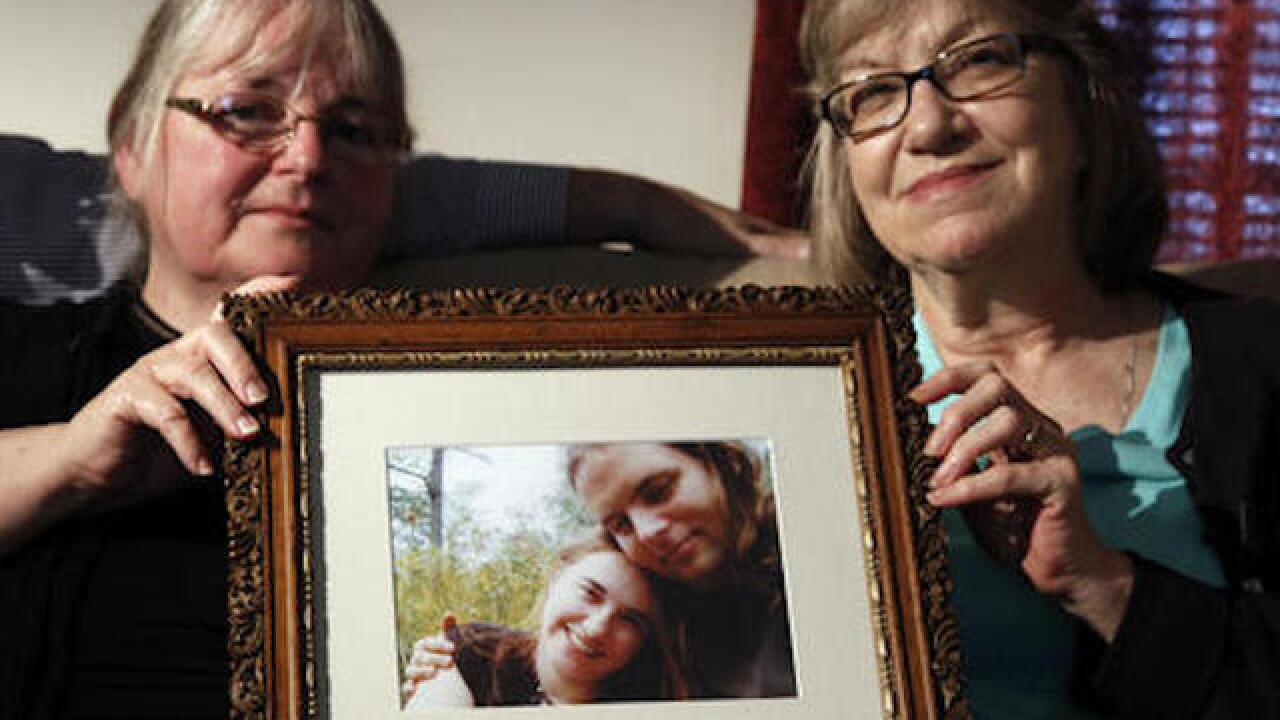 Copyright Associated Press
Bill Gorman
<p>In this June 4, 2014, file photo, mother's Linda Boyle, left and Lyn Coleman hold photo of their married children, Joshua Boyle and Caitlan Coleman, who were kidnapped by the Taliban in late 2012 in Stewartstown, Pa. The State Department is evaluating a video released by the Afghan Taliban showing Joshua Boyle and Caitlan Coleman warning that their Afghan captors will kill them unless the Kabul government ends its executions of Taliban prisoners. (AP Photo/Bill Gorman)</p>

KABUL, Afghanistan (AP) — The State Department says it's evaluating a video released by the Afghan Taliban showing a Canadian man and his American wife warning that their Afghan captors will kill them and their children unless the Kabul government ends its executions of Taliban prisoners.

The video, which has not been independently verified by The Associated Press, shows Canadian Joshua Boyle and American Caitlan Coleman, who were kidnapped in Afghanistan in 2012, calling on Canada and the United States to pressure the Afghan government into changing its policy on executing captured Taliban prisoners.

Coleman has told her family that she gave birth to two children in captivity.

"I would tell you that the video is still being examined for its validity," State Department spokesman John Kirby said on Tuesday, in response to a question at his daily briefing. "We remain concerned, obviously, about the welfare of Caitlan and her family, and we continue to urge for their immediate release on humanitarian grounds."

Taliban spokesman Zabihullah Mujahid told the AP that the video was not new and had in fact been recorded in 2015. Mujahid said Boyle and Coleman and their two children remain in captivity but in good health.

The AP could not immediately verify the date of the recording. However, even if the video was recorded in 2015, it would mark the first time the couple has appeared in a video since 2013.

The footage, which was uploaded Tuesday on YouTube, came to public attention through the Site Intelligence Group, which monitors extremist activity online.

In a statement Tuesday, Global Affairs Canada spokesman Michael O'Shaughnessy said the government was aware of the latest video. He said the government will not comment further or release any information that might risk endangering the safety of Canadian citizens abroad.

In the video, the scraggily bearded Boyle says the couple's captors "are terrified of the thought of their own mortality approaching, and are saying that they will take reprisals on our family."

Coleman, wearing a black headscarf, then adds: "I know this must be very terrifying and horrifying for my family to hear that these men are willing to go to these lengths, but they are."

A phone message left at a number listed for Coleman's family in Stewartstown, Pennsylvania, was not immediately returned.

The couple set off in the summer of 2012 for a journey that took them to Russia, the central Asian countries of Kazakhstan, Tajikistan and Kyrgyzstan, and then to Afghanistan. Her parents, Jim and Lyn Coleman, last heard from their son-in-law on Oct. 8, 2012, from an internet cafe in what Josh described as an "unsafe" part of Afghanistan.

In 2013, the couple appeared in two videos asking the U.S. government to free them from the Taliban. The Colemans received a letter last November in which their daughter said she had given birth to a second child in captivity.

"I pray to hear from you again, to hear how everybody is doing," the letter said.

In July, Jim Coleman, speaking to the online news service Circa News, issued a plea to top Taliban commanders to be "kind and merciful" and let the couple go.

"As a man, father and now grandfather, I am asking you to show mercy and release my daughter, her husband, and our beautiful grandchildren," Jim Coleman said. "Please grant them an opportunity to continue their lives with us, and bring peace to their families."