US Coast Guard offloads more than 47,000 pounds of cocaine worth more than $721M 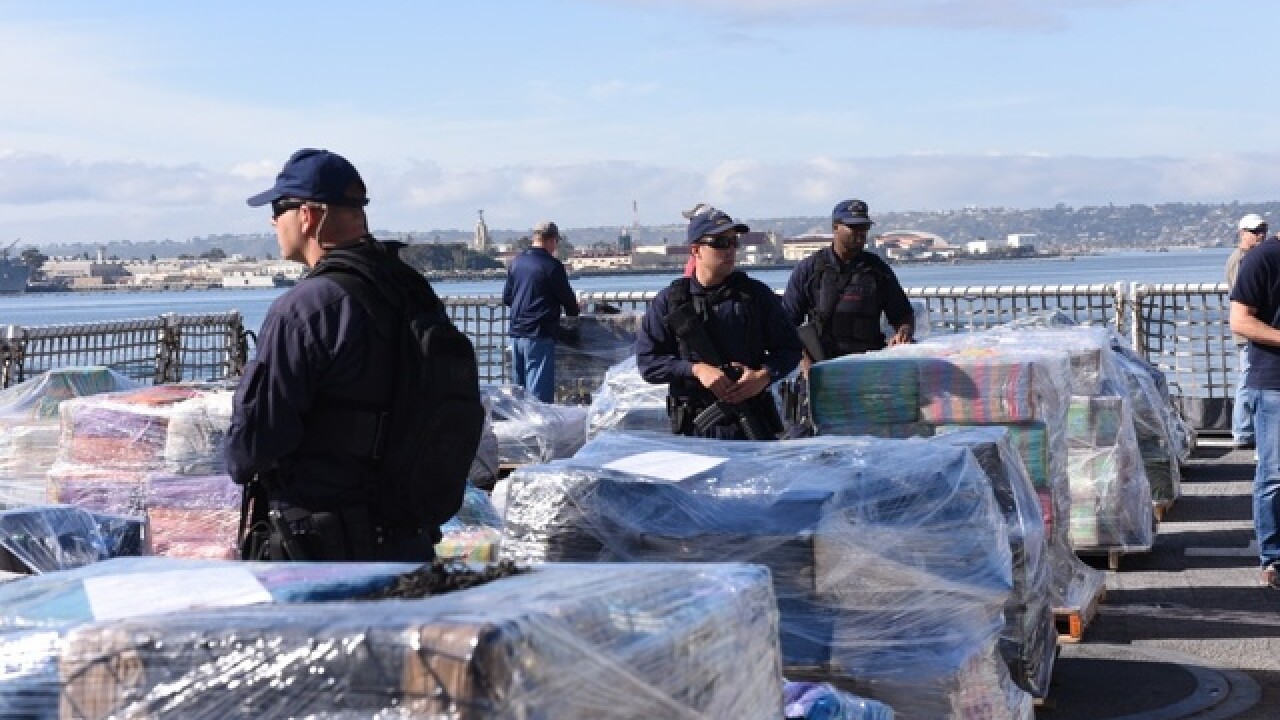 SAN DIEGO -- The Coast Guard offloaded more than 47,000 pounds of cocaine worth more than $721 million in San Diego Thursday.

The cocaine was seized in 23 separate interceptions in the eastern Pacific by U.S. and Canadian authorities.

“The threat of transnational organized crime is a danger no one ship, agency, country or person can address alone,” said Vice Adm. Fred Midgette, commander, U.S. Coast Guard Pacific Area. “We stand alongside our interagency and international partners resolved in a shared purpose to protect those harmed by these dangerous drugs and bring the criminals who smuggle them to justice.”

The Coast Guard stopped two low-profile fast boats in three days, resulting in the seizure of more than 5,800 pounds of cocaine worth nearly $78 million.

Crews also stopped five suspected drug smuggling boats in less than two months, resulting in the seizure of more than 12,000 of cocaine worth more than $163 million.