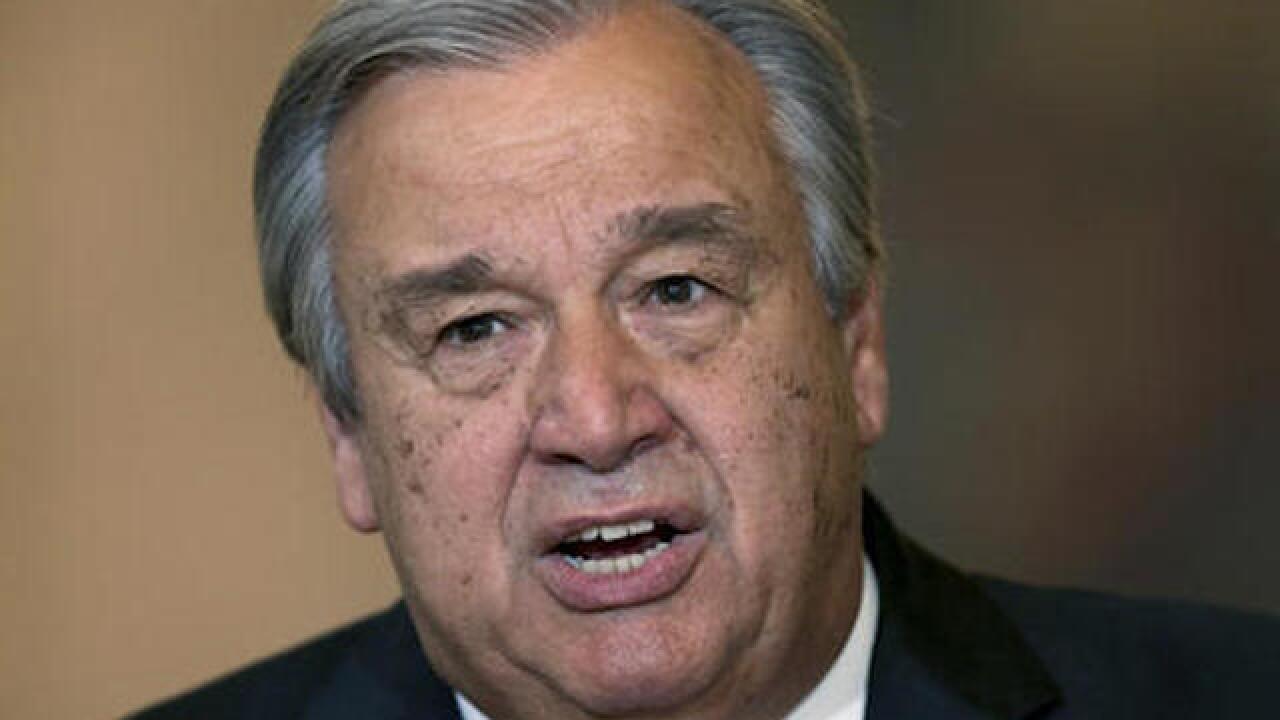 UNITED NATIONS (AP) — The U.N. General Assembly elected Antonio Guterres on Thursday as the next secretary-general of the United Nations, a post he will take over on Jan. 1 at a time of global turmoil.

Assembly President Peter Thompson introduced the resolution to elect Gutteres, said members wanted it adopted by acclamation, and banged his gavel in approval as diplomats broke into applause.

The 67-year-old Guterres, who served as the U.N. refugee chief for 10 years until last December, was nominated by acclamation by the Security Council last week after its sixth informal poll. He topped all six polls, which included a total of 13 candidates — seven women and six men.

Guterres' selection disappointed many who had campaigned for the first woman or the first representative from an Eastern European country to lead the world body, but diplomats stressed they were voting for the best candidate regardless of other criteria.

Secretary-General Ban Ki-moon, who will leave the job on Dec. 31 after his second five-year term ends, referred to Guterres' decade as U.N. High Commissioner for Human Rights. Ban told the assembly that Guterres is "best known where it counts most, on the front lines of armed conflict and humanitarian suffering."

In addition to "deep and solid political experience" including two terms as Portugal's prime minister, Ban said, "his political instincts are those of the United Nations — cooperation for the common good and shared responsibility for people and the planet."

Guterres will be the ninth secretary-general in the organization's 71-year history.

"He'll take over on the first of January at a crucial time for the U.N., when it is facing huge challenges on peace and security but also on international development and human rights. And the world needs a strong United Nations and he is the best possible leader to build on the work of his predecessors to provide that leadership," said Britain's U.N. ambassador, Matthew Rycroft.

The secretary-general manages a staff of 44,000 people in addition to more than 100,000 peacekeepers. The position's responsibilities include dealing with issues such as human rights, refugees and climate change as well as fund raising for the world body's various campaigns.