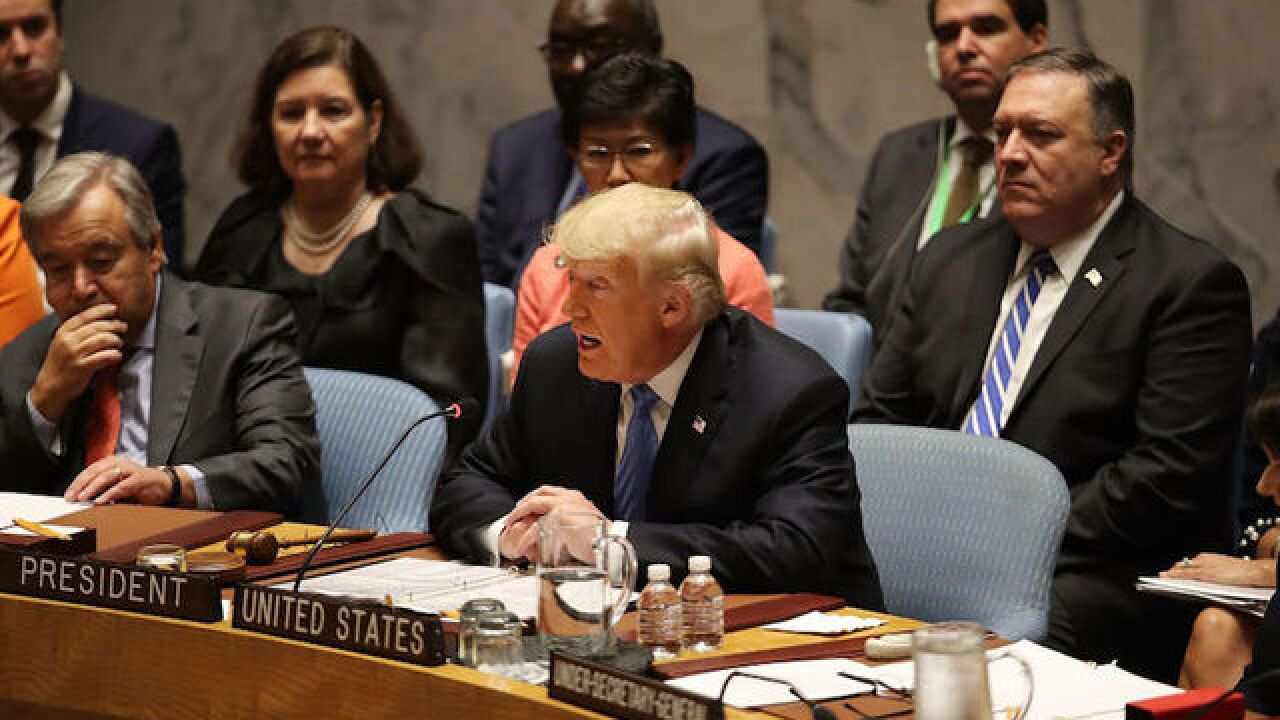 President Donald Trump claimed on Wednesday that China is working to interfere in November's midterm elections with the aim of damaging him politically.

"Regrettably, we found that China has been attempting to interfere in our upcoming 2018 election coming up in November against my administration," Trump said during remarks at the UN Security Council.

"They do not want me or us to win because I am the first president ever to challenge China on trade," Trump said. "We are winning on trade. We are winning at every level. We don't want them to meddle or interfere in our upcoming election."

Throughout his time in office, Trump has repeatedly downplayed Russia's attempts to interfere in the 2016 election, which US intelligence assessments say was meant to benefit him.

He did not mention Russian interference attempts during his remarks on Wednesday.