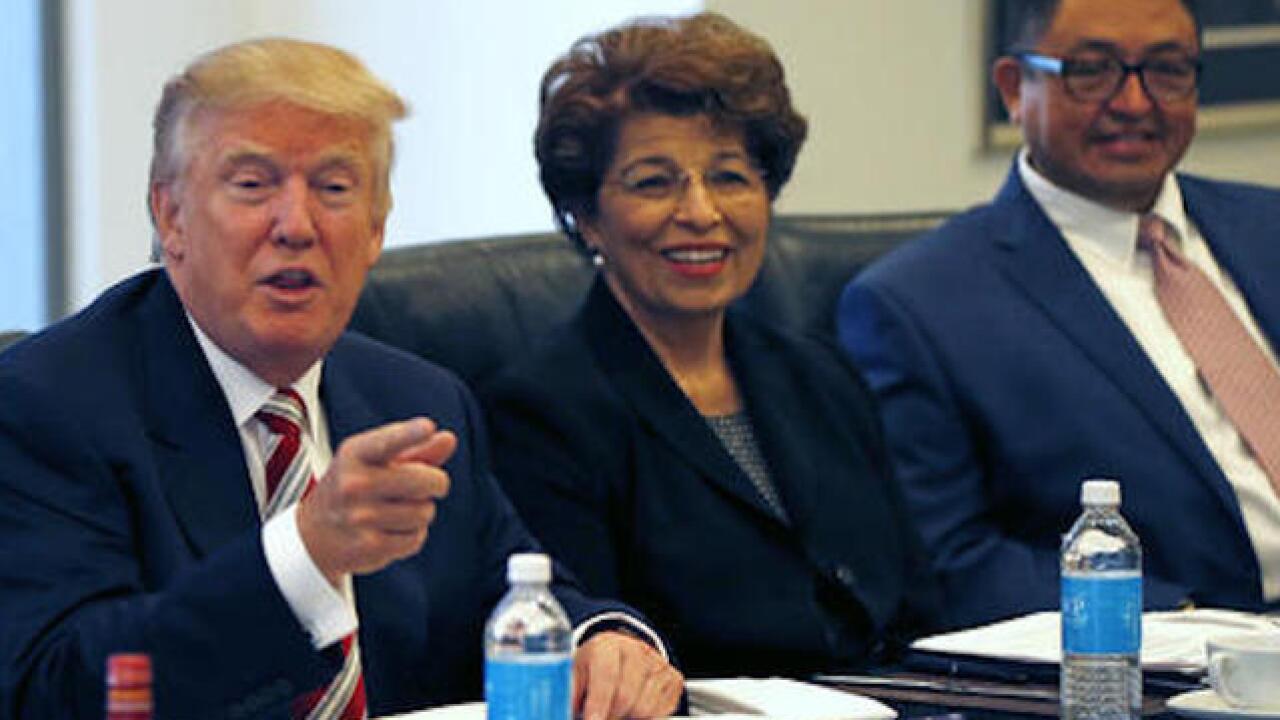 NEW YORK (AP) — Donald Trump met with his newly-minted Hispanic advisory board in New York Saturday, sitting down with elected officials, business leaders and faith leaders, along with his new campaign team.

The National Hispanic Advisory Council for Trump, as it is officially called, is looking to help Trump focus his message, as well as provide assistance with the campaign's Hispanic outreach.

But winning over Hispanic voters will not be easy for the Republican nominee. He launched his campaign with a speech that accused Mexico of illegally sending rapist and criminals across the border, and has since vowed to deport all of the estimated 11 million people living in the country illegally.

That message has not resonated well with many minority voters.

Helen Aguirre Ferré, director of Hispanic communications for the RNC, called the meeting a "game-changing" opportunity.

Republican National Committee Chairman Reince Priebus said in a statement that the group's participation "is just one component of our expansive effort to engage the Hispanic community, and their contributions will help us compete for every vote in every community all the way through Election Day."

Trump has also been working in recent days to boost his appeal among African American voters. The move followed a shake-up in his campaign management in the face of falling poll numbers that quickly prompted noticeable changes to his campaigning tactics.