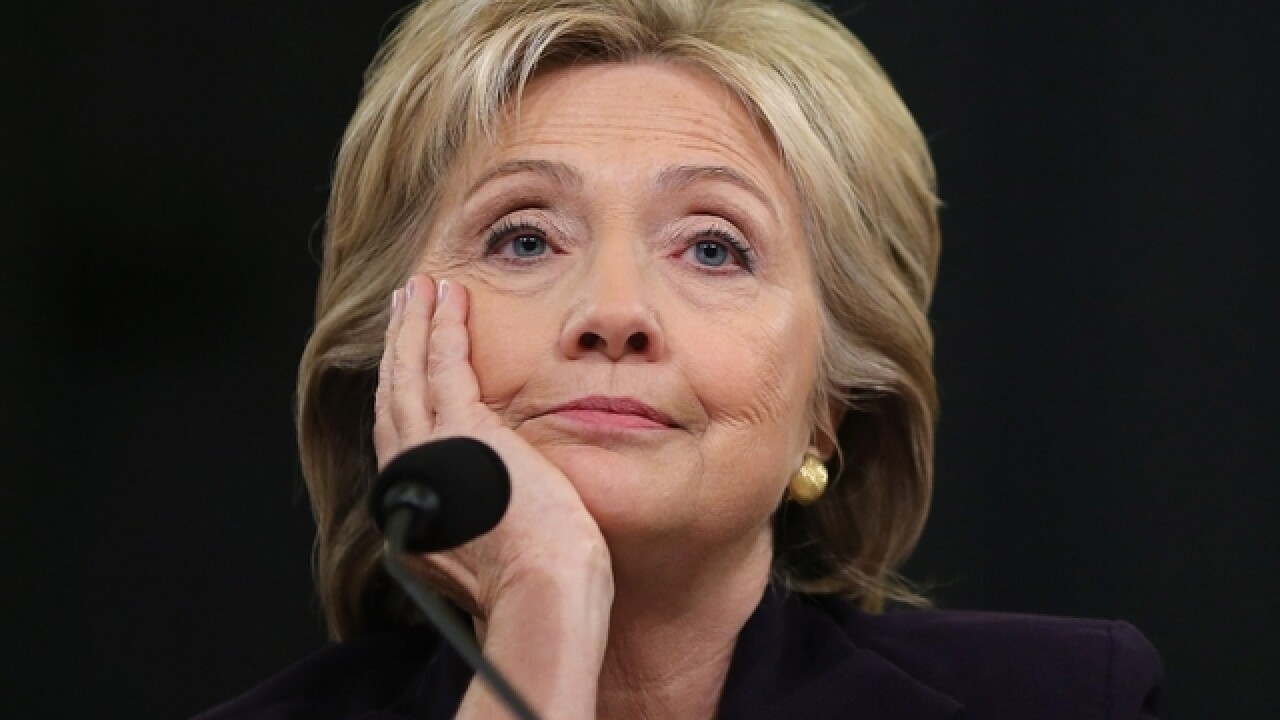 Trump's win Tuesday moves him to within 28 delegates of the clinching the Republican nomination for president.

Clinton's win might give her some momentum, but it won't get her any delegates. There were no delegates at stake in the Democratic primary. Washington Democrats already awarded their delegates based on party caucuses.

Republicans in Washington will allocate all 44 delegates to their national convention based on the primary results.

Trump won at least 40 delegates on Tuesday, with four still left to be allocated. The billionaire businessman has 1,209 delegates. It takes 1,237 delegates to win the GOP nomination.

There are no more Republican contests until June 7, when the last five states vote. With a total of 303 delegates at stake in California, Montana, New Jersey, New Mexico and South Dakota, Trump should easily clinch the nomination that day.

Trump is the only remaining candidate in the GOP contest. But his former opponents, Ohio Gov. John Kasich and Texas Sen. Ted Cruz, were still on the ballot because they suspended their campaigns after the ballots were printed. Ben Carson was also on the ballot because he never submitted the paperwork to have his name removed.

None of the former candidates got enough votes to qualify for delegates. The only question for the remaining four delegates in Washington is whether they will go to Trump or be uncommitted, under state party rules.

Sanders trails Hillary Clinton in the delegate count and he is running out of contests in his longshot bid to catch up.

Clinton is just 78 delegates short of clinching the Democratic nomination for president. She is on track to do so in early June, even if she loses all the remaining contests.

Clinton has 1,768 pledged delegates won in primaries and caucuses. Sanders has 1,497.

Clinton's lead is even bigger when superdelegate endorsements are included. These are the party leaders and elected officials who can support the candidate of their choice.

Overall, Clinton has 2,305 delegates and Sanders has 1,539. It takes 2,383 delegates to win the Democratic nomination.